Field enhancement due to the surface plasmon effect is particularly attractive for surface-based nonlinear optics as the efficiency of most nonlinear phenomena can be greatly enhanced. Potential applications include nanophotonics and spectroscopy where nonlinear optical processes play an important role. Isolated metal particles as well as patterned substrates have been studied to enhance various nonlinear phenomena such as Raman scattering, four-wave-mixing (FWM), etc. This article illustrates the use of Synopsys’ RSoft FullWAVE tool with its FDTD algorithm for a plasmonic nanocavity grating. The structure, composed of nanogrooves in a gold film, combines local resonances of the nanocavities with grating resonances that involve surface plasmon polaritons (SPPs) generated on the corrugated surface to enhance FWM nonlinear phenomena. [1] 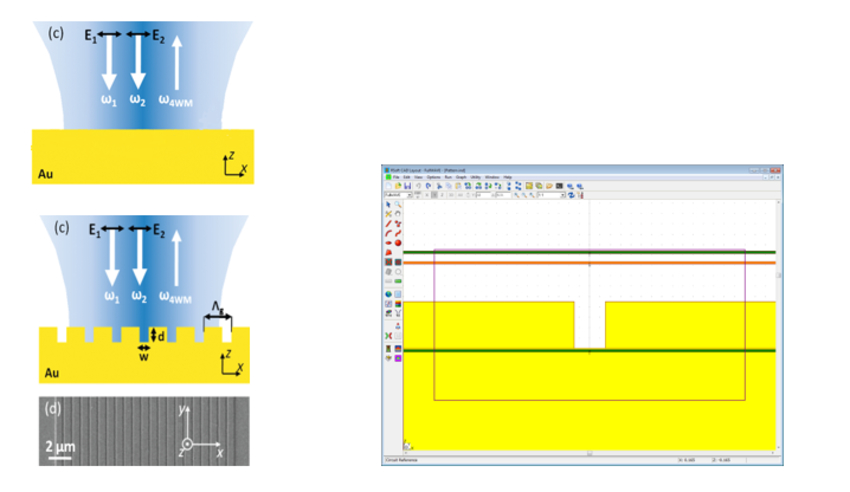 Figure 1. Schematic of the flat and grooved metal grating surfaces 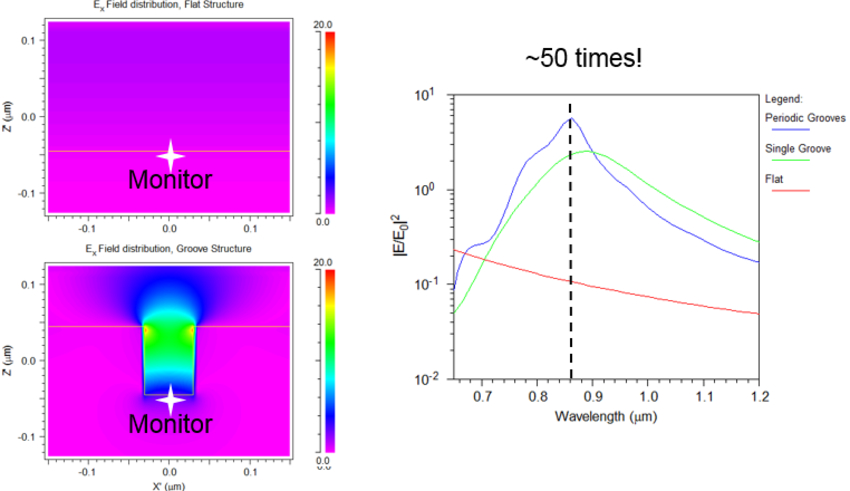 Figure 2 shows field distributions on the flat gold surface and grooved grating surface not including χ(3) nonlinearity in gold at a 0.82µm wavelength. The field has been significantly enhanced because of the surface plasmon effect. The E field at monitor (detector) position, just below the gold surface, shows ~50x enhancement for the grooved grating.

Figure 3 shows the nonlinear results when two electric beams at 5x108 V/m strength are incident on both the flat and grooved gold surface. The flat surface does not show the obvious nonlinearity with the input field strength. The grooved grating, however, shows strong FWM at 2ω1-ω2 frequency. In addition, two-photon-induced photoluminescence is also observed due to the enhanced electric field by localized surface plasmon effect[2], another nonlinear phenomenon induced by χ(3). Note that we used Method 3 described in Appendix D of the FullWAVE manual to set up the nonlinearity simulation. The normalized χ(3) is related to incident electric field.