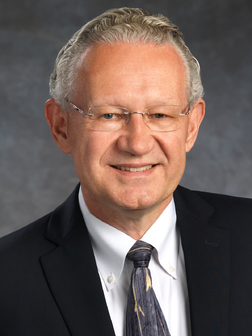 Since co-founding Synopsys in 1986, Aart has expanded Synopsys from a start-up synthesis company to a global high-tech leader. He has long been considered one of the world's leading experts on logic synthesis and simulation, and frequently keynotes major conferences in electronics and design automation. Dr. de Geus has been widely recognized for his technical, business, and community achievements with multiple awards including Electronic Business Magazine's "CEO of the Year," the IEEE Robert N. Noyce Medal, the GSA Morris Chang Exemplary Leadership Award, the Silicon Valley Engineering Council Hall of Fame Award, and the SVLG Lifetime Achievement Award. He serves on the Boards of the Silicon Valley Leadership Group, Applied Materials, the Global Semiconductor Alliance, and the Electronic System Design Alliance.

As Synopsys' co-CEO, Chi-Foon shares responsibility for crafting vision and strategy, leading the company, and ensuring execution excellence in support of our customers' success. As the company's President and COO, a role he held for 14 years prior to his 2012 appointment to President and co-CEO, he guided internal operations and worldwide field organizations. Chi-Foon joined Synopsys in 1990 as Vice President of Applications and Services where he helped build the Technical Field organization. He has sponsored several key initiatives such as entering the IP market, and he personally facilitated key acquisitions such as Avanti, Virage Logic, Magma Design Automation, and SpringSoft. In 2014 he led Synopsys' entry into the software testing market with the acquisition of Coverity, and into the software security market with the acquisition of Codenomicon. Prior to Synopsys, Chi-Foon contributed to industry-leading companies like NEC Corporation, where he was General Manager of the microprocessor group, responsible for marketing all NEC chip devices in North America. Prior to NEC, he was an engineering manager at Intel Corporation. He holds an M.S. and a Ph.D. in Computer Engineering from Case Western Reserve University; and a B.S. in Electrical Engineering from Rutgers University. 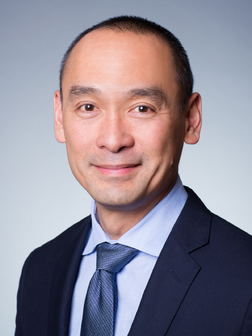 Trac serves as our Chief Financial Officer and is responsible for Finance, Information Technology, Business Operations, and Strategy and Corporate Business Development. Previously, he was Vice President of Corporate Finance and Vice President of Financial Planning and Strategy at Synopsys. During his tenure, Trac has helped Synopsys achieve profitable growth by developing strategic and operating plans that prioritize investments across multiple business units. Before joining Synopsys in 2006, he held leadership roles in strategy and business development and finance at Juniper Networks. Earlier in his career, Trac was sales controller, division controller, and finance and accounting manager for multiple business groups at 3Com. He holds a BA, Economics from UC Berkeley and an MPIA from UC San Diego where he was a Schoepflin Fellow. He is an active status California CPA. People. Passion. Performance. This is the banner under which Jan leads Synopsys' global Human Resources and Facilities/Real Estate professional teams, also known as TeamHR. Identifying the right talent—with that spark of curiosity and passion, capable of addressing the world's toughest technical challenges—that's TeamHR's mission. Jan's commitment to Synopsys has spanned two decades and resulted in three distinct careers: Facilities management, Real Estate management, and since 2003, Human Resources management. Having joined Synopsys in 1990, she has played key roles in talent strategy development, acquisition integration, and deploying critical programs and processes in support of Synopsys employees (also known as "Synopsoids") and their performance. Jan was honored to represent Synopsys as a recipient of a 2008 YWCA Twin Award. Prior to joining Synopsys, she enjoyed several roles in both start-up and established companies. She received a bachelor's degree from California State University – Fresno (Go Bull Dogs!). 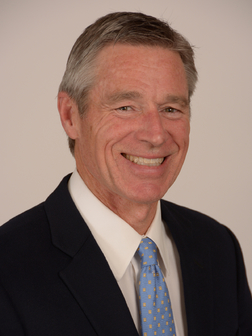 Joe joined Synopsys in 2001 as head of Sales for the North America East region. In his current position, he is responsible for the Worldwide Sales organization, which is focused on bringing the company's high-value software tools, IP, and design service solutions to market, and building strategic business relationships based on enabling our customers' success. Prior to Synopsys, he spent five years at Avanti Corporation where he was head of North American Sales and Support. Joe has more than 20 years of engineering and sales experience in the EDA/electronics industry, and holds a B.S.E.E. from the University of Massachusetts, Amherst. 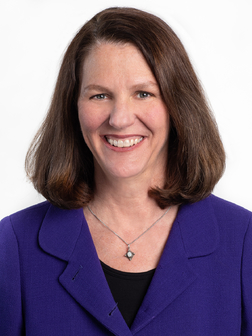 Deirdre serves as the Chief Security Officer for Synopsys. In this role, she works collaboratively to safeguard Synopsys. In addition, she leads efforts to drive industry awareness and enablement for secure design from software to silicon to support our business in EDA, IP and Software Integrity. She previously served as co-general manager of Synopsys’ Design Group, responsible for leading the development and deployment of our physical design, implementation, and analog/mixed-signal product lines. Deirdre has held a number of positions at Synopsys since joining the company in 1987, including leadership roles in customer engagement, applications engineering, sales, and marketing. She earned a B.S.E.E. from Brown University and an M.S.E.E. from UC Berkeley. In 2001, Deirdre was a recipient of the YWCA Tribute to Women and Industry (TWIN) Award and the Marie R. Pistilli Women in EDA Achievement Award. Ms. Hanford served as the Chairman of American Electronics Association in 2008. She currently chairs Brown University's Engineering Advisory Committee and serves on the Engineering Advisory Board for UC Berkeley's College of Engineering. Deirdre also serves on the Board of Directors of Cirrus Logic, Inc. 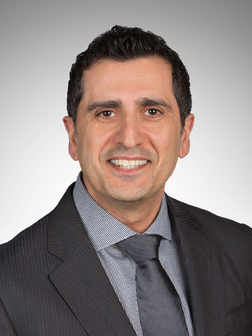 Sassine first joined Synopsys in 1998, and currently serves as the general manager of the Design Group. In this role, he leverages his background in design, applications, sales and executive management to lead DG on a path where we continue to push our innovation, differentiation, and vitality to deliver on our critical business goals. He has held several technical and management positions in field operations, including VP of North America Sales where he was focused on building strategic business relationships to drive customer success. Prior to joining Synopsys, Sassine was a design engineer at Intel. Before that, he led a joint research project in Variable Structure Control and Reconfiguration Computing at the Oak Ridge National Lab. Sassine received his bachelor’s degree in Business Administration from Lebanese American University; a B.S.E.E from the Georgia Institute of Technology in 1993; and an M.S.E.E. from the University of Tennessee in 1995. 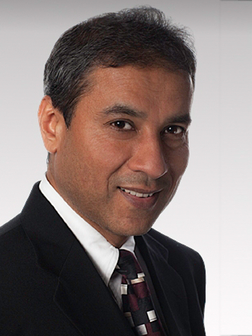 Manoj joined Synopsys with the company's merger with Viewlogic in December 1997. In his current position, he and his organization are responsible for Synopsys' verification solutions including simulation, prototyping, emulation, debug, verification IP, and static and formal technologies as part of the Verification Continuum Platform. He has more than 30 years of HDL simulation and verification experience, having begun his EDA career at Gateway Design Automation in 1986. Manoj has a B. Tech. in Computer Science and Engineering from the Indian Institute of Technology, Kharagpur, and an M.S. in Computer Science from the University of Massachusetts, Amherst. 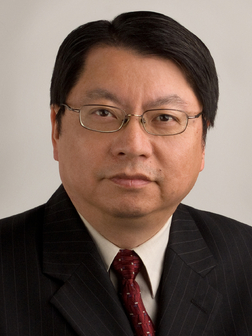 Howard joined Synopsys in June 2002 and is currently general manager of the Silicon Engineering Group. He manages products and solutions that address semiconductor manufacturing technology needs. These solutions include TCAD, yield management, fracturing, and lithography. In his previous role as vice president of Sales, Asia Pacific, Howard built a continuously increasing revenue stream, improved Synopsys' leadership position in the region, and increased collaboration with leading foundries. Before joining Synopsys, he served as Avanti's executive operating officer since July 2001. Previously, he was general manager of Avanti's mixed technology division and head of the system product line. Howard has also held senior management roles at Analogy, Inc. and Mentor Graphics. Dr. Ko received his Ph.D. in Electrical Engineering and Computer Science from UC Berkeley, and graduated with a B.S. degree in Electrical Engineering from the National Taiwan University. 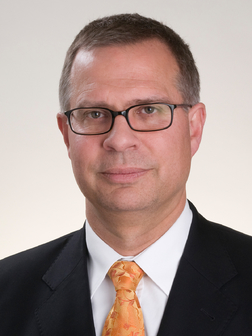 Joachim joined Synopsys in 1994 and serves as general manager of the Solutions Group. In this capacity, he oversees the business unit responsible for Synopsys DesignWare intellectual property (IP). Before joining Synopsys, Joachim was co-founder of CADIS GmbH in Aachen, Germany. There, he served as managing director and performed myriad duties in engineering, sales, and marketing. Before co-founding CADIS he was a research assistant at the Aachen University of Technology, where he conducted research in system-level simulation techniques for digital signal processing, with special emphasis on parallel computing. Joachim holds an M.S.E.E. degree, the Dipl.-Ing. der Nachrichtentechnik, from the Aachen University of Technology. 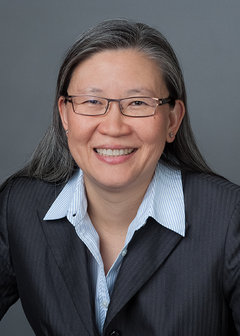 Madeline joined Synopsys in March 2004 and is currently Corporate Vice President, Operations and Strategy Development for the Sales and Corporate Marketing Group. Prior to Synopsys, she led business planning at both start-up and technology companies, including Hewlett Packard and Digital Island. Earlier in her career, Madeline was at The Boston Consulting Group, and held multiple finance and planning positions at General Electric as a graduate of GE’s Financial Management Program. She holds a BA in Economics from the University of California, Berkeley, and an MBA from The Harvard Business School. 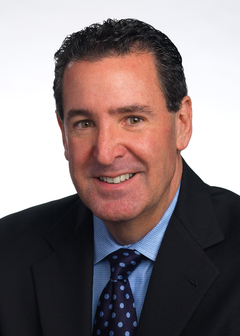 Dave is Corporate Vice President of Strategic Initiatives and Market Intelligence, responsible for driving corporate strategy and the research and analysis of new and emerging markets for Synopsys and for the company’s competitive positioning across key growth areas like automotive, AI, IoT, cloud, and 5G. Dave joined Synopsys in 2013 as Vice President of Marketing for Verification products. He has more than 30 years of experience in EDA, IP, semiconductor, and enterprise software markets. Prior to Synopsys, Dave held senior executive positions spanning CEO, EVP/GM of business units, and VP/SVP of marketing at Cadence Design Systems, MoSys, Apache, Optimal, Viewlogic, Agile Software, and MatrixOne. Dave went to Boston University for a B.S. degree in Computer Engineering.

Hasmukh joined Synopsys in 1997 and has risen through the ranks to the Corporate Vice President and CIO position. As CIO, he leads the Information Technology (IT) team and has responsibility for all facets of IT, including strategy, applications, infrastructure, security, support and execution. This includes global installations of SAP-based application infrastructure and integrated IT landscape, an engineering infrastructure consisting of 300,000 compute cores, 40 petabytes of storage, seven major data centers, and 120+ field offices around the world that are secured with industry standard tools and practices. During Hasmukh’s tenure at Synopsys, he has achieved a “Top 500” supercomputing rank for Synopsys and leveraged High Performance Computing technology for EDA. He also oversaw the implementation of GRID computing for engineering, lead the charge for Synopsys to support and embrace multi-core technology, a Distributed Processing Library used in many of Synopsys’ tools, and also developed strategic vendor partnerships. Hasmukh led several corporate initiatives for new license and revenue model implementations, M&A integration and process transformations. Hasmukh also is the driver for the Machine Learning and Cloud initiative at Synopsys. Hasmukh earned his bachelor’s in Engineering from Birla Institute of Technology, his master’s in Computer Science from Northeastern University, and his MBA in Management from Northwestern University. 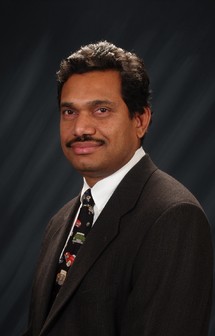 Siva K. Yerramilli is Corporate VP of Strategic Programs in the Silicon Engineering Group at Synopsys. In this role, he is responsible for driving cross–business unit initiatives including Design Technology Co-Optimization (DTCO), which is aimed at achieving better results (performance, power, and area) in the face of ever-increasing complexity by utilizing Synopsys’ capabilities from silicon to systems. Siva is also responsible for the photonics IC development business, which is poised well to power the high-speed I/O roadmap. Siva joined the company in 2019. Prior to Synopsys, Siva held several technical and management positions across various aspects of technology enablement and silicon product development at Intel. He has more than 30 years of experience in the tech industry. Siva received his Bachelor’s degree in electronics and telecommunications from Jawaharlal Nehru Technological University, India. He also studied computer science at the Indian Statistical Institute in Kolkata, India. Siva received his Master’s in computer engineering at Syracuse University and later completed the Executive Management Program at Harvard University.

Find out about Synopsys seminars, SNUGs and conferences

Learn how Synopsys inspires the next generation of technologists