Span engineering in legacy, intensity-modulated, long-haul wavelength division multiplexed (WDM) networks typically involves optimal choice and placement of dispersion compensating units (DCUs) and line amplification schemes to overcome linear impairments of the optical transport. The rapid emergence of big data, the Internet of Things (IoT), cloud services, video, eCommerce, and social media have resulted in a dramatic explosion of data and Internet traffic in recent years, forcing a move to spectrally efficient, advanced modulation formats with coherent reception. Consequently, dispersion compensation is delegated to the receiver, while improved detection sensitivity and spectral efficiency can support transmission up to a few thousand kilometers with minimal amplification. As a result, the focus of span engineering has moved from the management of linear impairments to the management of nonlinearities due to the optical transport. While OptSim can help optimize spans for both scenarios, this article focuses on the latter.

Figure 1 shows an OptSim schematic of a 9000-km long, 9-channel WDM system with a PM-QPSK data rate of 137 Gbps (34.25GBd/s) per channel, including forward error correction (FEC) overheads. The dynamic receiver uses a training sequence and dynamic tracking for equalization. OptSim’s least mean squares (LMS) algorithm is used to calculate the initial equalization coefficients during the training, as well as to update their values during the decision-driven phase. After the constant modulus algorithm (CMA) is applied to estimate the channel’s Jones matrix, the phase is recovered using the Viterbi-Viterbi algorithm. Bit error rate (BER) is obtained by direct counting of errors.

Figure 2 shows back-to-back waveforms at the transmitter and at the receiver for the center channel. 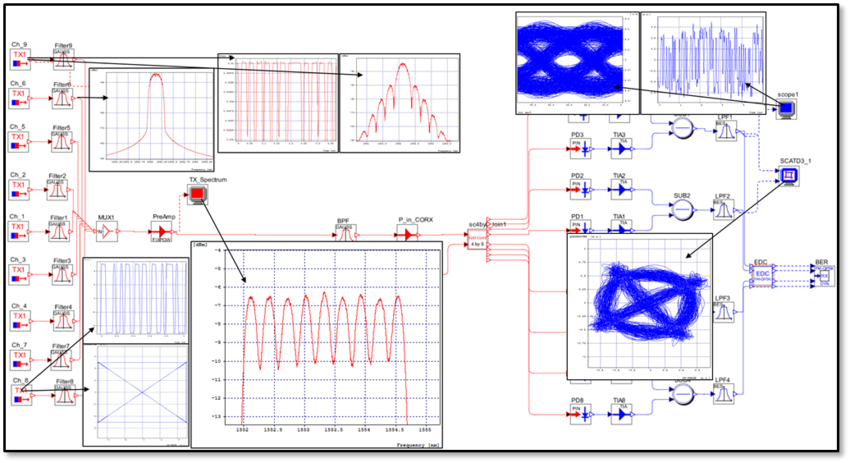 Figure 2. Back-to-back waveforms at the transmitter and receiver for the center channel

As a side note, this type of simulation is inherently time consuming for a number of reasons: (i) higher data rates and channel-count; (ii) thousands of kilometers of transmission distances; (iii) a large number of transmitted bits to facilitate BER counting; (iv) accumulated dispersion and nonlinearities; and (v) offline DSP. You can use OptSim’s Gaussian Noise (GN) emulator model to replace the fiber, which can reduce the simulation time by one third. It is shown experimentally [1], via OptSim-based modeling [2], and analytically [3] that for uncompensated, long-haul coherent systems, nonlinear transmission impairments in fiber manifest as nonlinear interference (NLI) with Gaussian noise power spectral density. 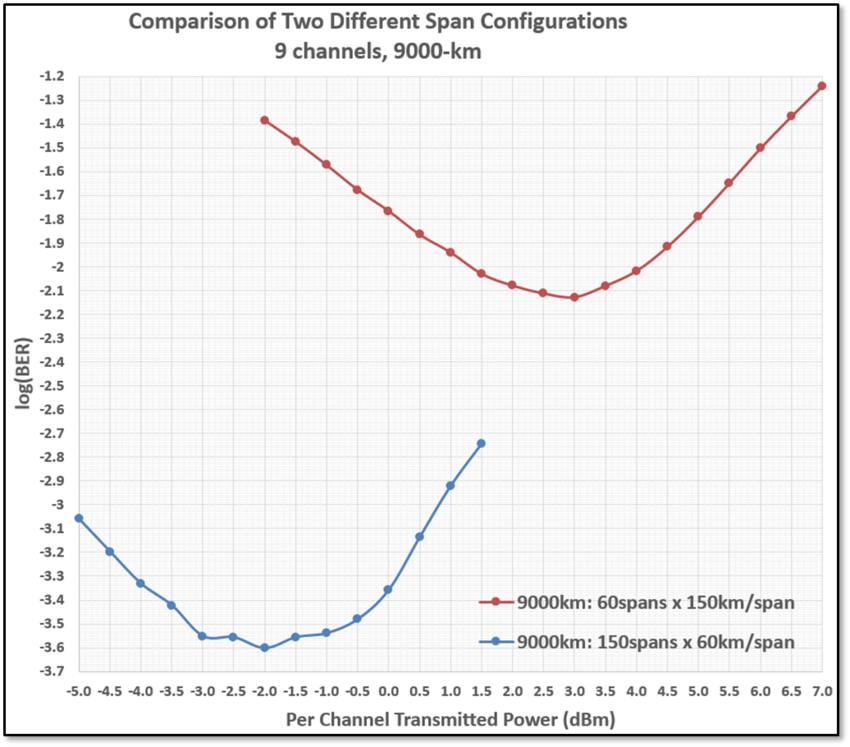 We are taking registrations for our upcoming RSoft products training sessions. Visit our website for more information, and to register online today. Seats are limited, minimum enrollments apply.

If you would like customized, on-site training at your company, please email rsoft_support@synopsys.com. We can tailor the class to your specific needs.