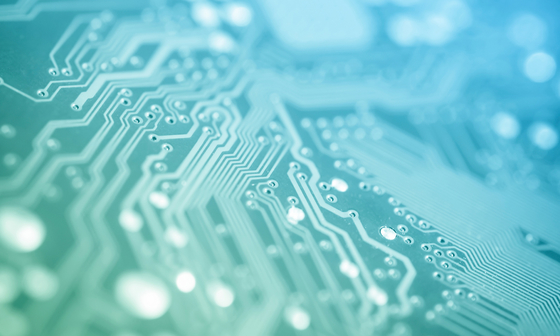 Synopsys’ solution to efficiently design and implement your own application-specific instruction-set processor (ASIP) when you can’t find suitable processor IP, or when hardware implementations require more flexibility.
Sign Up for the Newsletter

This bi-annual newsletter provides you with easy access to ASIP related resources. This issue includes the following topics:

ASIP Designer comes with a rich set of example processor models provided in source code, which serve both as a modeling reference as well as a starting point for customer designs.

In previous issues of the eUpdate Newsletter we covered the subject of data-level parallelism (June 2016) and instruction-level parallelism (Jan 2017), including the corresponding example models. In the October 2017 issue we looked at example processor models that demonstrate how to do a fast context switch. In this issue, we will conclude the series on example models, looking at models that highlight how a processor can be tuned towards very specific algorithmic requirements, featuring all the concepts covered in the previous editions.

Applying Gaussian Filtering to images results in two-dimensional matrix operations. The specifics of the algorithm allow for a separation into two 1-D filters, one performing the horizontal phase while the other handles the vertical phase. A performance-efficient implementation is directly linked to the organization of the register files as line buffers, and utilizing the ability of vector-based processing, i.e. applying SIMD concepts. Some of the design decisions taken for Tgauss:

To illustrate the performance, the result for a 9x9 filter, RGB processing:

Starting from a scalar processor model, the datapath architecture extension for Tcom8 adds SIMD vector operations on 8-component vectors, and has the following new storages:

In addition, specific instructions and parallel formats have been provided to efficiently map FFT and FIR applications (as explained below).

To illustrate the performance of the core (and of course of the automatically generated compiler), the model comes with example code for FFT and FIR:

This model highlights the design of a programmable accelerator as an alternative to fixed-function RTL, using the SHA-256 cryptographic hash function as an example. SHA-2 comes in different variants (SHA-224, 256, 384, 512, 512/224, 512/256 ), making it a good candidate for a flexible (because programmable), yet dedicated crypto engine.

As with all models, the SHA 256 crypto processor comes in source code. In addition, the model library includes a slide deck that describes the design process, starting  from of an existing 32-bit MCU, all the way to the final SHA 256 architecture.

Some of the architecture design steps taken: The example illustrates the typical tradeoff analysis between performance (here measured as throughput in cycles/byte) and the required area. Such architectural exploration is at the heart of almost any ASIP design. Fundamental to this approach is the immediate availability of a cycle-accurate instruction-set simulator, an optimizing C/C++ compiler, and the ability to go to synthesis. ASIP Designer is the ideal tool for this task.

Since the October 2017 newsletter, ASIP Designer has again seen a number of enhancements and extensions. The following is an extract, sorted by categories (please refer to the official Release Notes for the comprehensive list).

Cognitive Systems is a startup that developed an innovative security system, based on wireless signal analysis. The application required a chipset that covers a wide spectrum between 650MHz and 4GHz, supporting a large variety of wireless standards. Read why Cognitive Systems decided on an ASIP, and how they managed to design a complex SIMD/VLIW DSP in less than 12 months, with a small team.

Designing ASIPs with Confidence: A Perspective on Verification

Designing Your Own Processor - Introduction to Synopsys ASIP Designer

Accelerating the implementation of application-specific processors