The growth of cloud data is driving an increase in compute density within both centrally located hyperscale data centers and remote facilities at the network edge. The increase in compute density is leading to demand for more energy-efficient CPUs to enable increased compute capability within the power and thermal budget of existing data center facilities. The demand for more energy-efficient CPUs has led to a new generation of server CPUs optimized for performance/watt.

This same increase in data volume is also driving demand for faster server interfaces to move data within and between servers. Movement of data within the server can be a major bottleneck and source of latency. Minimizing data movement as much as possible and providing high-bandwidth, low-latency interfaces for moving data when required are key to maximizing performance and minimizing both latency and power consumption for cloud and HPC applications. To improve performance, all internal server interfaces are getting upgrades:

"Compute Express Link is a key enabler for next-generation heterogeneous computing architectures, where CPUs and accelerators work together to deliver the most advanced solutions. With support from leading IP providers like Synopsys, we're well on the way to a robust, innovative CXL ecosystem that will benefit the whole industry." 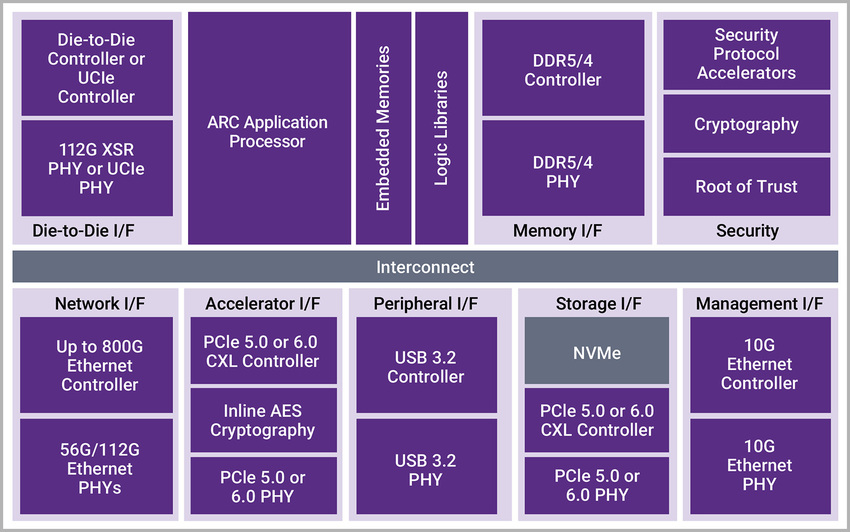