Increasing traffic demands have pushed boundaries of spectral efficiency by way of moving from binary intensity modulation to multi-symbol phase modulation and using both polarization of the light source. As a result, various ways of encoding information in four-dimensional (4D) constellation have emerged. A 4D constellation is generated when a standard bi-dimensional (2D) format from traditional communication systems are multiplexed over two orthogonal polarizations. Previous application note discussed one of the most popular 4D schemes, namely, polarization-multiplexed QPSK (PM-QPSK), also known as dual-polarization QPSK, or DP-QPSK.

Although not as popular as PM-QPSK, two alternative implementations of 4D constellation were proposed [1-2]. In this class of information encoding, an information bit decides which QPSK symbol gets transmitted over X-polarization or Y-polarization and hence is known as polarization-switched QPSK (PS-QPSK). Because of the hexadecachoron shape of the constellation, these implementations of PS-QPSK are also known as HEXA [3].

In this application note, we demonstrate two implementations of a PS-QPSK transmitter based on Ref [1-2]. The implementation schematics of OptSim are shown in Fig. 1. 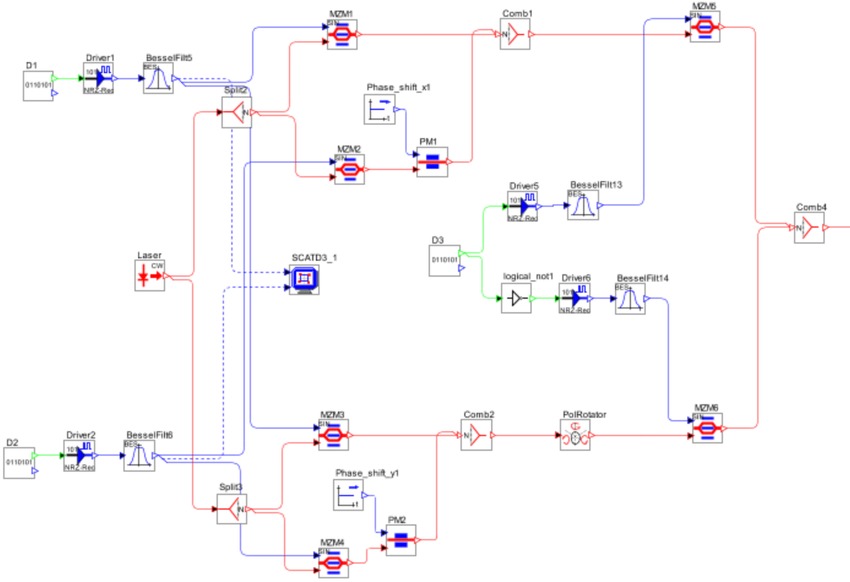 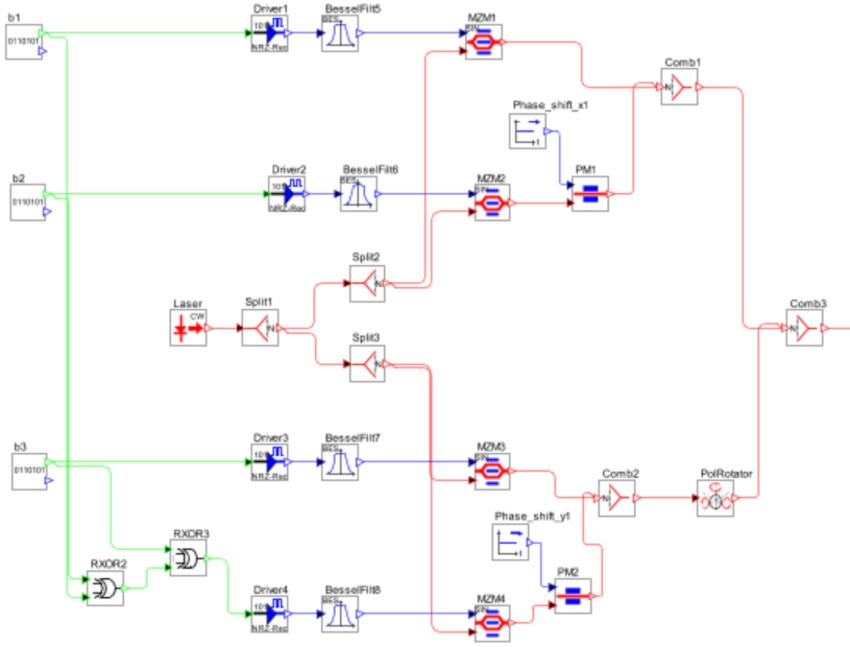 Figure 2 shows encoded constellation, optical signal and spectra at the output of the transmitter. 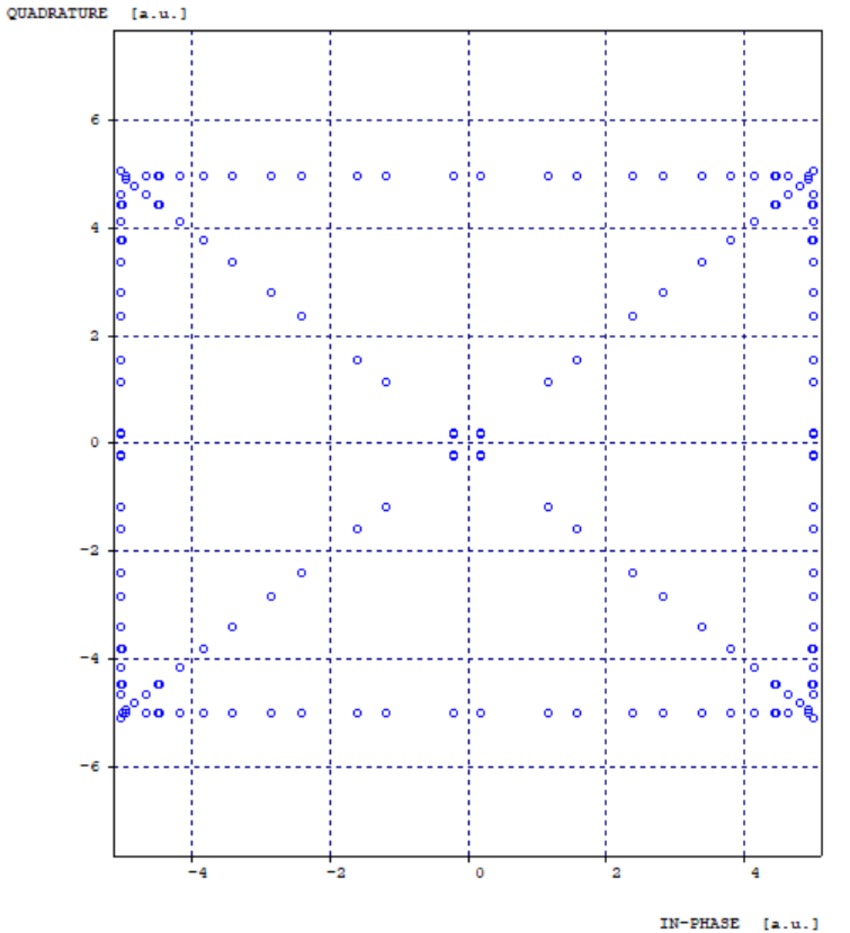 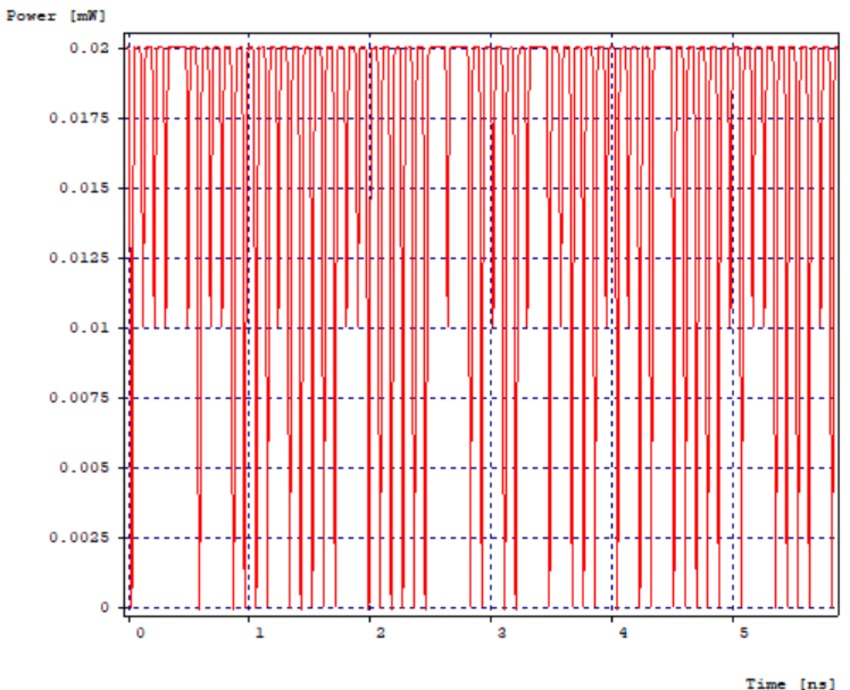 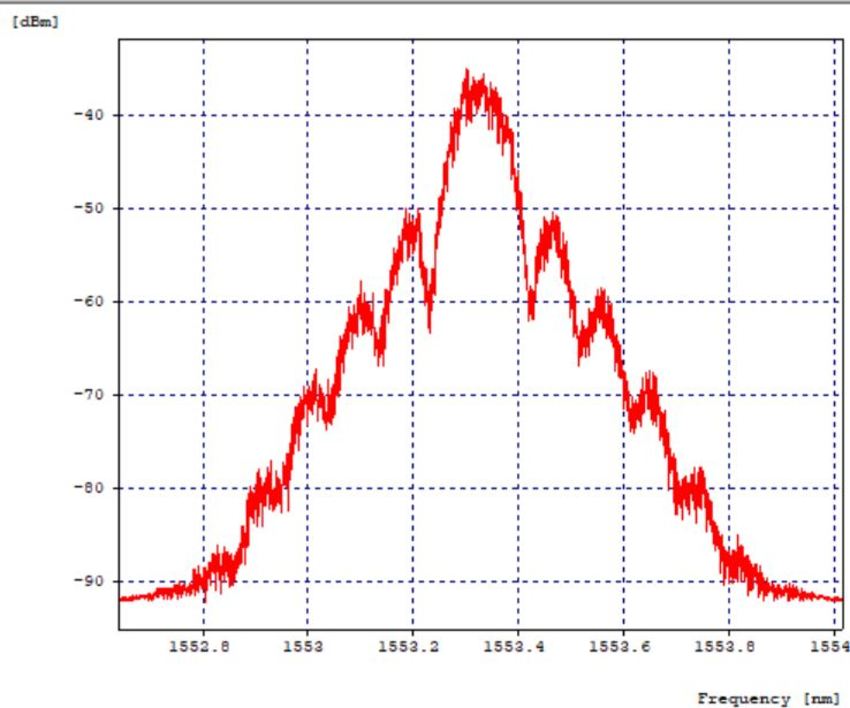 The basics of the receiver remain the same for both PM-QPSK and PS-QPSK with differences in the off-line DSP. The received channel is mixed with local oscillator at 90-degree hybrid, with balanced photodetection and post-detection electronic dispersion compensation (EDC) stages.

PS-QPSK was thought of as a fallback option for a PM-QPSK system where in case of any fault or degradation in PM-QPSK, the system can operate as PS-QPSK at 25% less capacity (because only 3 bits out the 4 of PM-QPSK gets transmitted in a PS_QPSK symbol). Although PS-QPSK can offer marginal improvement in nonlinear inter-channel crosstalk in WDM systems, in practice, it never really became a competitor of PM-QPSK since (i) the latter is 25% more efficient (i.e., can carry more data), (ii) the former needs larger electrical and electro-optical bandwidths (as much as 33% larger) (iii) the former needs faster ADC (i.e. more expenses) (iv) the former makes it hard to fit DWDM wavelengths over a typical 50GHz grid and (v) although the former has a slight sensitivity advantage, considering other factors described, cost vs. benefit hasn’t been favorable for practical deployments.