The speed of intra-chip and inter-chip connection is one of the main bottlenecks to achieving faster computer chip performance. Routing the signals through surface plasmon based waveguides provides one possible way to achieve faster optical connection speeds. Plasmon waveguides are small and compact since they are not bound by the diffraction limit like traditional optical devices, and can easily be integrated with both existing optical and electrical technology. As a result of these benefits, devices based on surface plasmon technology promise to provide novel ways of guiding, confining, and coupling light on a compact subwavelength scale within computing chips. One basic challenge facing the adoption of plasmon guides within electrical chips is the excitation of the plasmons from external sources. This article demonstrates the use of RSoft’s FullWAVE simulation package in the design of a spatial multiplexing plasmon device that allows incident light to be coupled into different surface plasmon guides.

Surface plasmons are essentially electromagnetic waves that propagate along interfaces between metallic and nonmetallic materials, and are extremely sensitive to the exact device geometry. The miniaturization of optical components, especially those that depend on surface plasmon resonances, requires a careful design approach. These types of structures, due to their small size and metallic components, require a rigorous full-vector modeling environment that provides accurate solutions for arbitrary device geometries. In addition to modeling the ideal structure, the simulation must also take into account manufacturing error and environmental factors, and allow design tolerances to be studied. Several of RSoft’s software tools can be used to accurately model the electromagnetic fields at material interfaces where surface phenomena, such as surface plasmons, occur. In this article we will use RSoft’s FullWAVE simulation engine for the analysis. FullWAVE, based on the Finite-Difference Time-Domain (FDTD) algorithm, provides a full-vector solution to Maxwell’s equations and allows engineers to use complex material definitions, arbitrary device geometries, non-uniform grids, and sophisticated measurement techniques to create new devices and fine-tune existing designs for specific applications. The design parameters of the structure can also be perturbed to allow the study of manufacturing tolerances on device performance.

The device studied here [1] consists of a multiplexing switch that steers light towards one of several subwavelength metal-strip waveguides. The steering is accomplished through a phase shift realized through tilting the incident angle of the illumination source. Its applications include the use of several illumination sources at different angles to couple light into the plasmon guides, but also perhaps as a multiplexing switch that, when the right phase shift is applied, routes the light into the desired plasmon guide. The device, as shown in Figure 1, consists of an arc-shaped circular slit in a metal film that is illuminated from the bottom via a laser. Surface plasmon resonances are formed on the curved slit and because of the curved shape of the slit, are focused towards a point on the metal film. By changing the incident angle of the laser illumination, a phase shift is applied to the generated plasmon modes on the slit, effectively changing the focus point. Three metal-strip waveguides are fabricated in the same plane at three different focus points forming the spatial multiplexer.

Several 3D FullWAVE simulations were performed at a fixed wavelength at various incident angles of the illumination to determine the optimal angles at which light is coupled into each of the three metal-strip waveguides. 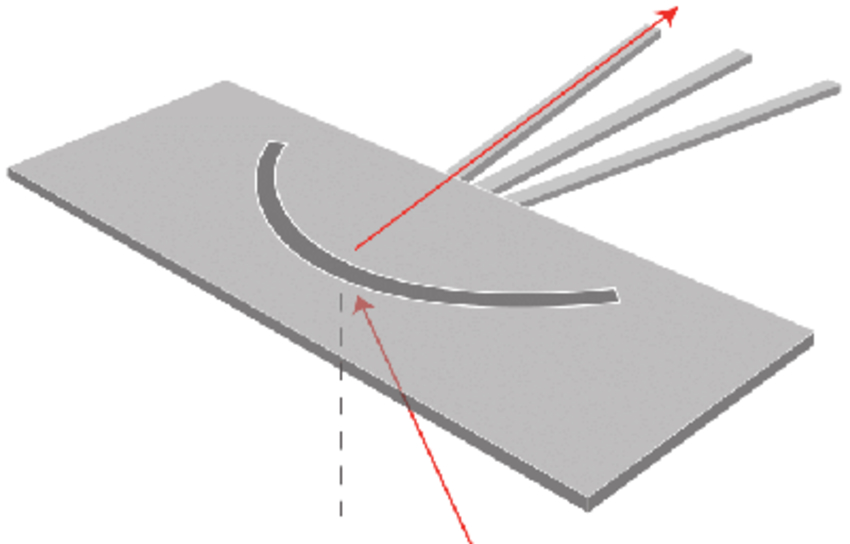 Figure 1: Schematic of the surface plasmon spatial multiplexer studied in this article.

The results, shown in Figure 2, clearly show the coupling into each waveguide at these optimal angles. Further study can be performed to determine how other factors affect the device performance. Factors such as the thickness of the metal film, fabrication errors, and misalignment can be studied to determine how the device will operate in a real-world scenario. The results of these studies can be used to further refine the device design to have less sensitivity to these factors, resulting in better performance. 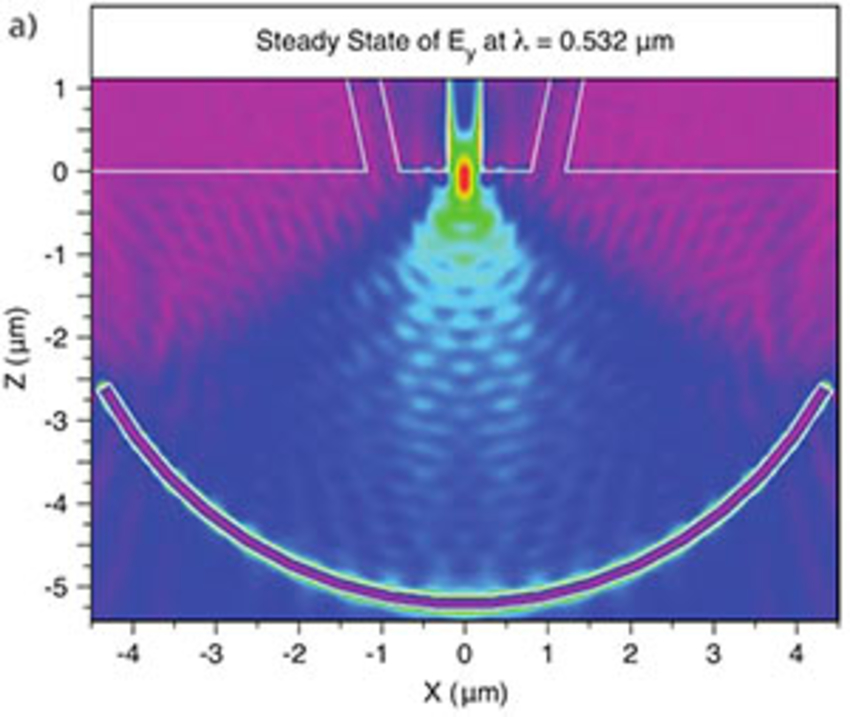 The use of surface plasmon resonances in chip interconnects can allow for much faster chip performance. As shown in this example, rigorous simulation software like RSoft’s FullWAVE package provides the necessary tools to study all factors that contribute to the design of a surface plasmon device.