In a high-density integrated photonic circuit, majority of the photonic components are linear, time-invariant that can be fully characterized in terms of their transfer matrices. Solving such circuits in time-domain can lead to longer simulation times without any gain in simulation accuracy. As we shall see in this case study that employing OptSim Circuit’s LTI simulation engine results in significant speed improvement.

The simulation setup can be divided into following steps: 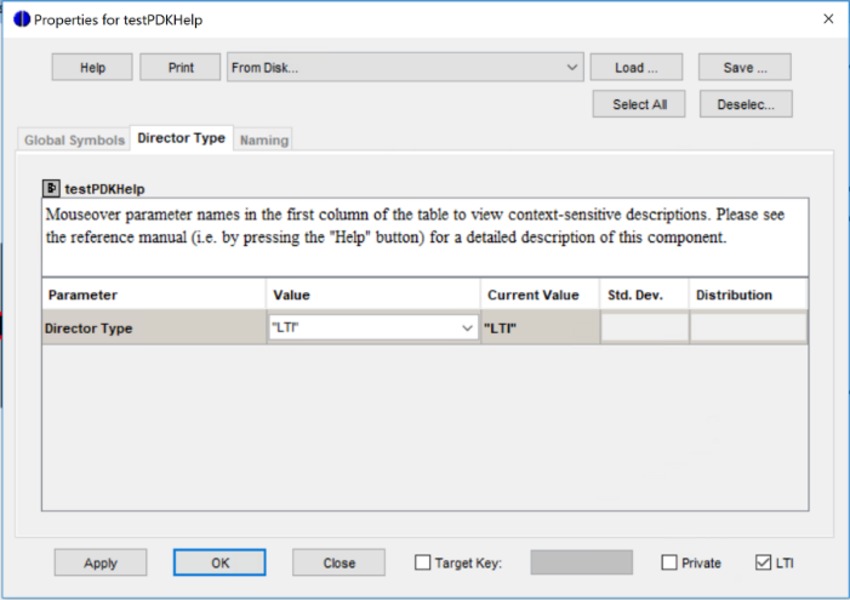 Figure 1. Creating a new CC and specifying type as LTI.

Notes On The LTI Grid

The LTI simulation parameters are set in “LTI Options” tab of the simulation run dialog window, shown in Figure 2. 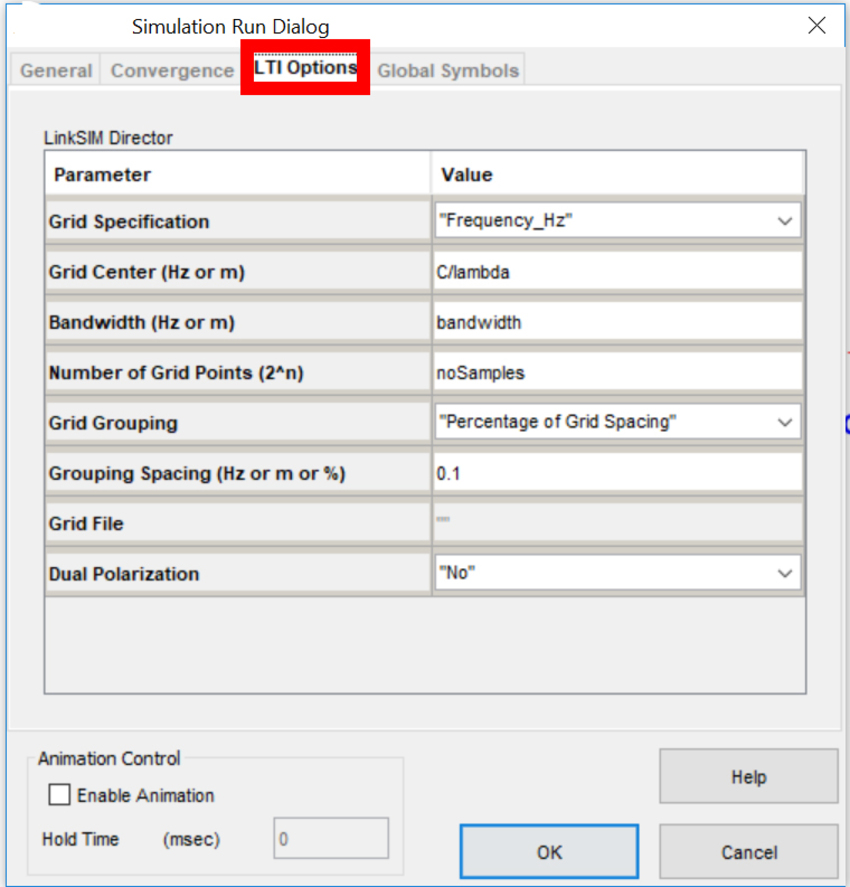 The subsequent lines of the data file list one frequency or wavelength value per line.

As an example of a circuit under test, we shall consider the schematic of the design file named:

First, we shall run the example without using LTI engine. Next, we shall use LTI.

Figure 3. Part of the schematic for 25 coupled ring resonators.

To run the simulation, click on the “GO” button. Time-sampled optical 2-channel WDM signal is propagated through the circuit and bidirectional interactions are taken into account. In this simulation, we did not use LTI engine. The simulation takes around 35 minutes (may vary depending on the available computational resources). The transmitted and reflected spectra are shown in Figure 4. 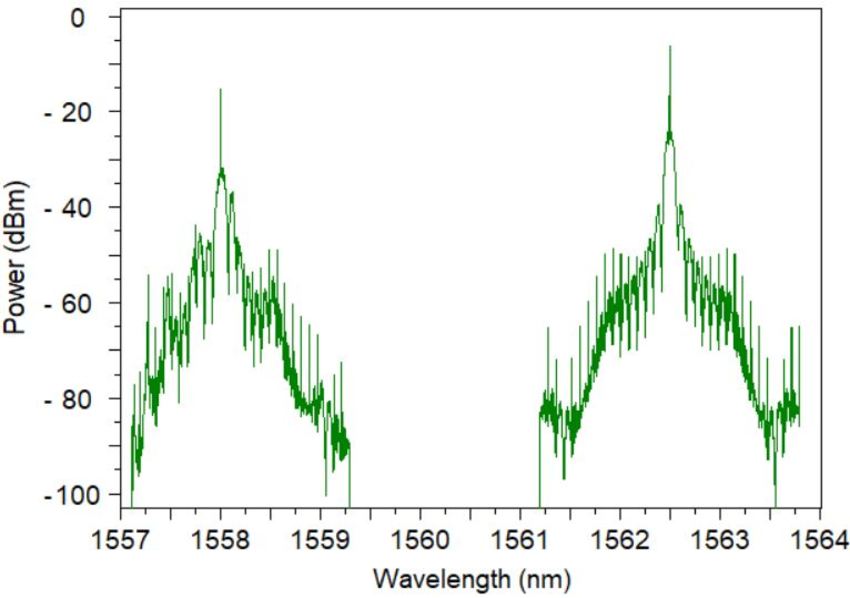 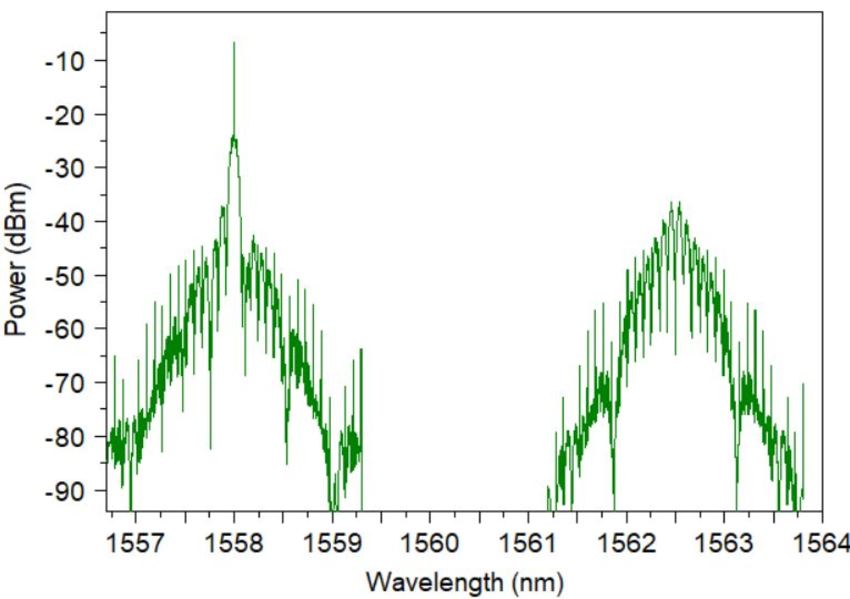 Figure 4. Transmitted (left) and reflected (right) spectra for the schematic in Figure 3.

Next, we run the same simulation but this time using LTI engine. The design file:

is the LTI compound component with 25 coupled ring resonators, shown in Figure 5. 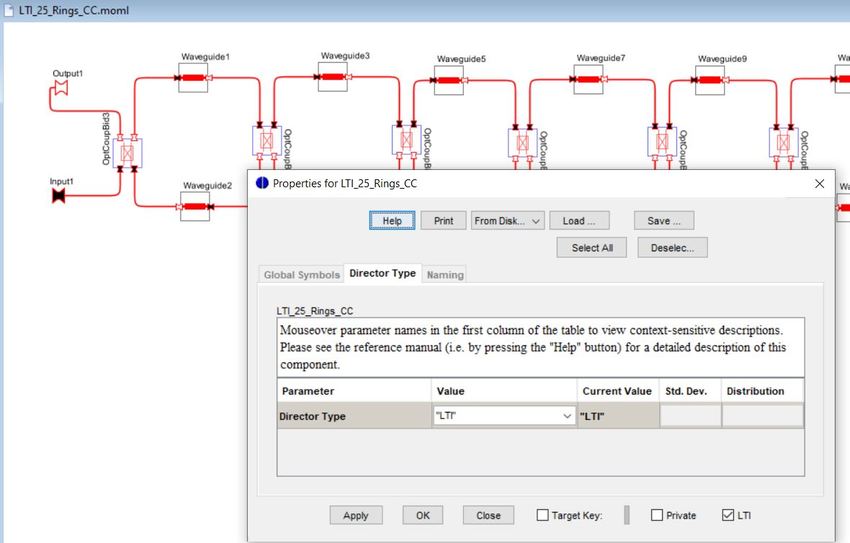 Figure 5. Part of the schematic for 25 coupled ring resonators.

with two WDM lasers driving the LTI CC of Figure 5.

In this illustration, we observed 35 times speed improvement in simulation time by using LTI simulation engine of OptSim Circuit. Time savings can be even more significant in cases with large parametric and Monte Carlo scans over LTI circuits.

As an aid to the designer, below is a list of frequently asked questions and answers.

You’ll get an error message at run time

You’ll get an error message at run time

Yes, as long as they don’t have any non-LTI block

Yes, as long as they don’t have any non-LTI block

Yes, both as “regular” and as “in-line” compound components are allowed

No; currently this is not allowed

Yes; they all will be simulated on a common LTI grid (i.e., no individual LTI grid supported)

No, they should be merged into a single LTI CC; or, you can get around this restriction by having an attenuator model with 0dB gain between two LTI CCs

“Yes” to both questions. The current tutorial considered this case.

There’s no general answer as it depends on the spectral characteristics of the LTI. If the grid spacing is coarse (in terms of phase variations), the phase interpolation may not be accurate - use grid grouping if that’s the case (more on it, below)

To convert an existing CC containing only passives to an LTI CC, open the existing CC, check “LTI” from the properties dialog window and save the new LTI CC.

This tutorial demonstrated significant productivity gains from the LTI simulation engine of OptSim Circuit. The tutorial also summarized commonly asked questions and answers in setting up an LTI simulation. Please contact photonics_support@synopsys.com in case of questions or for more information on your modeling needs.