This example illustrates the simulation of a ring-modulator-based QPSK transmitter using components from the AIM Photonics PDK by Analog Photonics. The design is adapted from work presented in [1].

The topology of Figure 1(a) depicts the Compound Component implementing the transmitter. The QPSK transmitter design uses a Mach-Zehnder Interferometer configuration with ring modulators in each arm to implement BPSK modulation of in-phase (top arm) and quadrature (bottom arm) input signals. Thermal phase shifters in each arm ensure a π/2 phase shift between the two arms, and also help rotate the transmitter output constellation.

Figure 1. (a) Ring-modulator-based QPSK transmitter using the AIM Photonics PDK. (b) Schematic for simulating transmitter in a back-to-back configuration with a coherent receiver.

The OptSim Circuit topology of Figure 1(b) depicts the test schematic connecting this transmitter to a QPSK receiver in a back-to-back configuration. The coherent receiver consists of a 90˚ hybrid with local oscillator and balanced receiver, to recover the original transmitted in-phase and quadrature signals.

Finally, if you have OptoDesigner installed and have loaded PDAFlow Libraries into OptSim Circuit, including the PhoeniX version of the AIM Photonics PDK, then you can generate a layout for the transmitter. To do so, use the Generate PDAFlow Netlist from the Utilities menu. This will produce an SPT file in the project directory, which can be loaded into OptoDesigner. Figure 4 shows the corresponding layout. 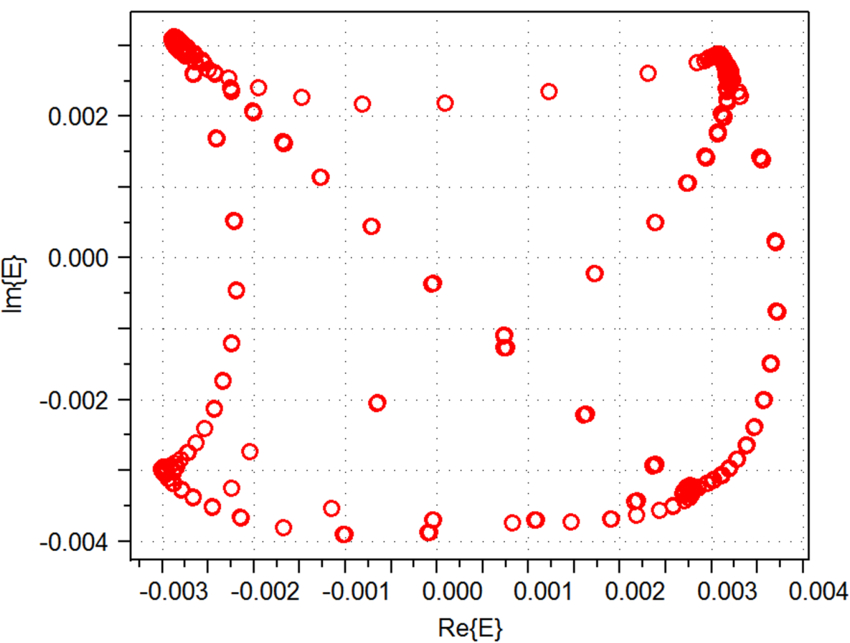 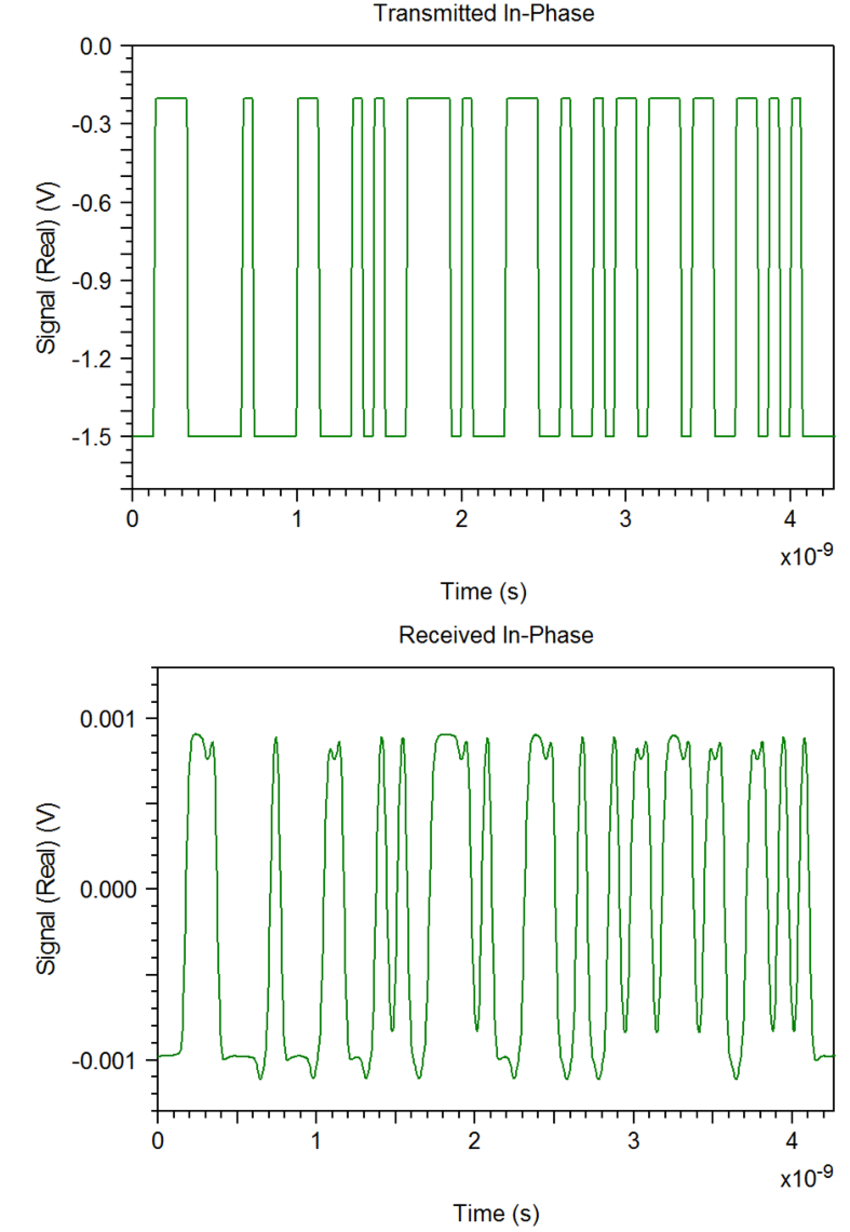 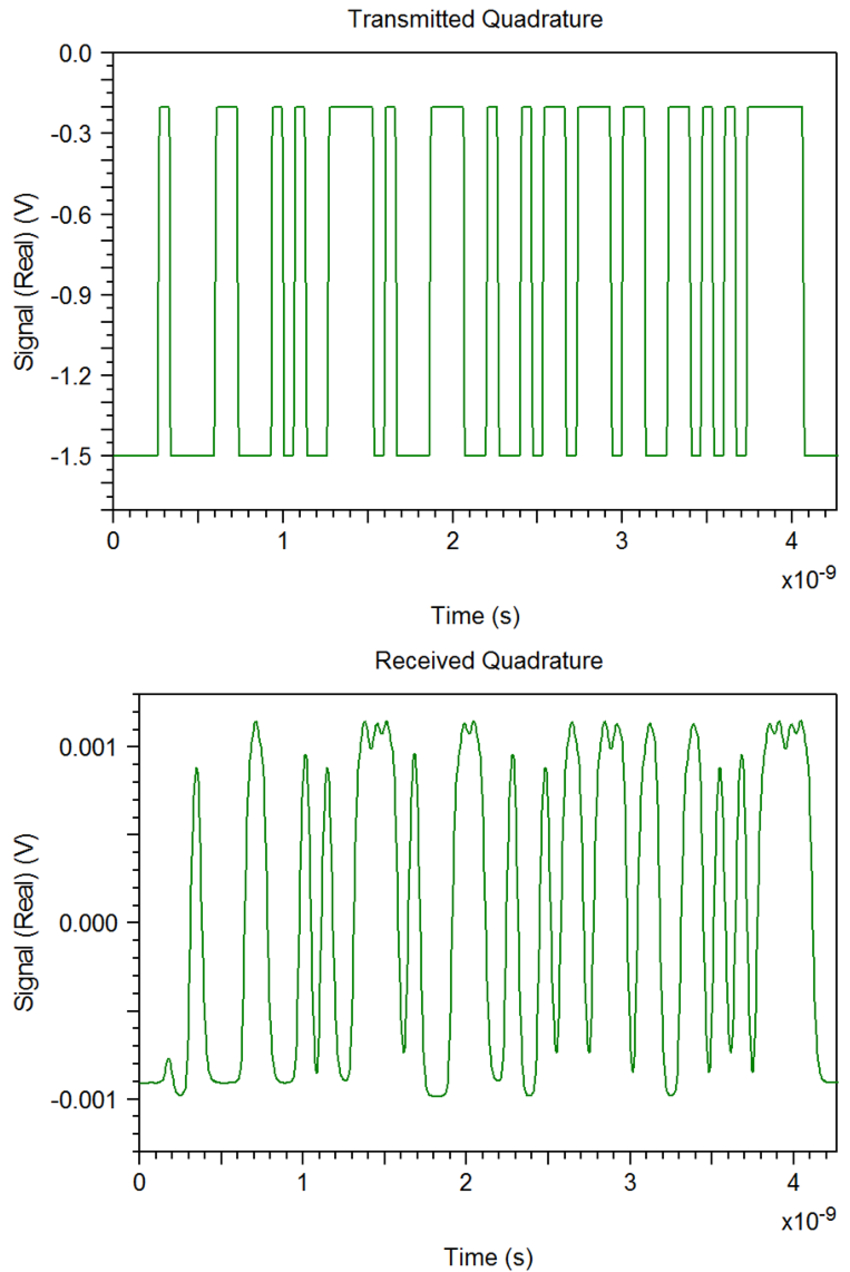 Figure 3. Transmitted and received (a) in-phase and (b) quadrature signals.