The time for large-scale, reliable photonic integrated circuits (PICs) has finally arrived. In addition to the favorable economics from higher energy efficiency, smaller footprint and lower cost, photonic integration is recognized as essential to national security. The role of photonic design automation (PDA) tools, including OptSim Circuit [1], is going to be as indispensable to PICs as was (and still is) the role of electronic design automation (EDA) tools to the fruition of Moore’s law for CMOS over the last 50 years.

This application note illustrates the simulation of photonic integrated circuits (PICs) in OptSim Circuit based on components using the AIM Photonics PDK by Analog Photonics [2] and generation of masks via an interface to layout tools [3]. The project file is included as an Application Note in OptSim Circuit version 2017.03 and above.

A typical migration path from idea to fabrication is shown in Figure 1 below.

Figure 1. High-level view of the steps involved in moving from an idea to PIC realization

The topology of Figure 2(a) simulates the back-to-back transmission and detection of a 15-Gbps NRZ signal using transmitter and receiver PICs.

The transmitter is based on a Mach-Zehnder Modulator driven in a push-pull fashion, with the drive waveform for the top MZM arm modulated between -2.66 and -1.66 V, and the bottom arm modulated between 0 and -1 V. The drive waveforms have 10-to-90% rise-fall times of approximately 4 ps. The compound component (CC) aimTX contains the AIM PDK-based transmitter design, depicted in Figure 2(b), and consists of Si edge couplers, waveguides, and an MZM. 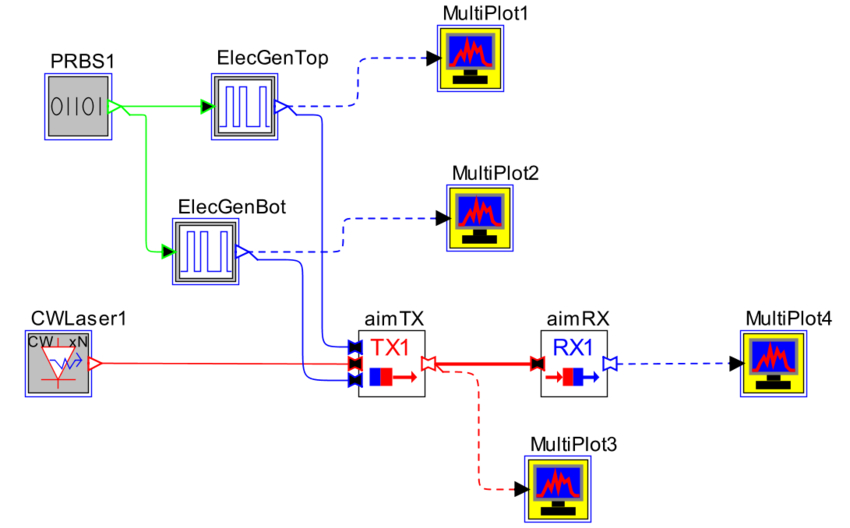 The AIM PDK-based receiver, shown in Figure 2(c), is contained in the CC aimRX, and contains a Si edge coupler, waveguide, and Ge photodetector. 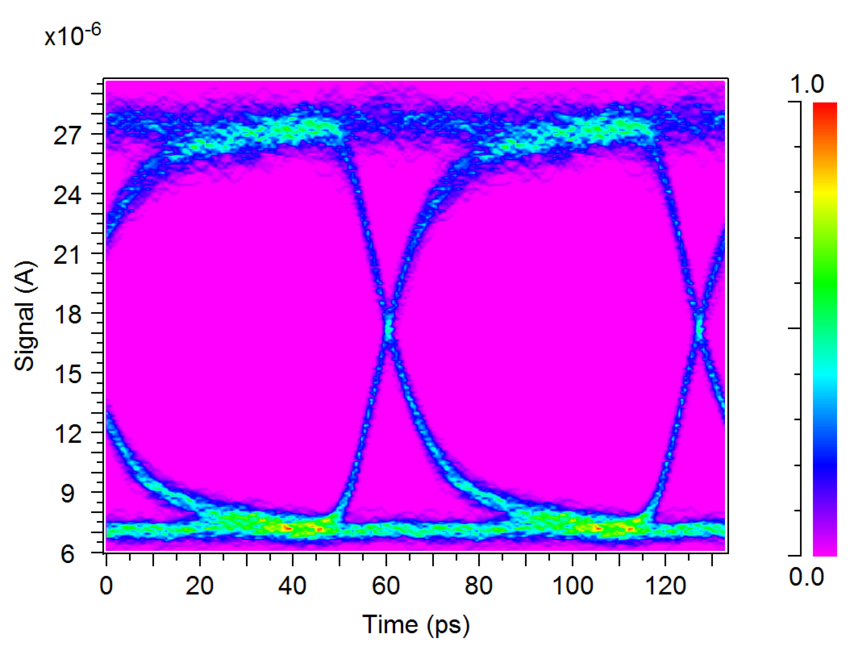 Once the design is optimized in OptSim Circuit to meet or exceed the desired performance goals, the next step is to create a mask for fabrication at the foundry. As an illustration, let’s consider the transmitter PIC schematic of Figure 2(b).

To create a PDAFlow netlist, select Load PDAFlow Libraries in the Utilities menu of OptSim Circuit [4]. Once the netlist is generated, it can be opened in the mask layout tool in OptoDesigner to view the corresponding mask, as illustrated in Figure 4.