Synopsys TestMAXTM ALE and TestMAX SLT form the solution that leverages high-speed interfaces such as a Universal Serial Bus (USB) and PCI Express that exist on many semiconductor devices.  The combined solution provides the ability to apply manufacturing tests through these functional interfaces, enabling an extremely high test bandwidth compared to traditional test interfaces, often reducing the number of dedicated test pins. Additionally, all tests are portable to the device, from die testing to in-system test and at all stages of the product life-cycle. 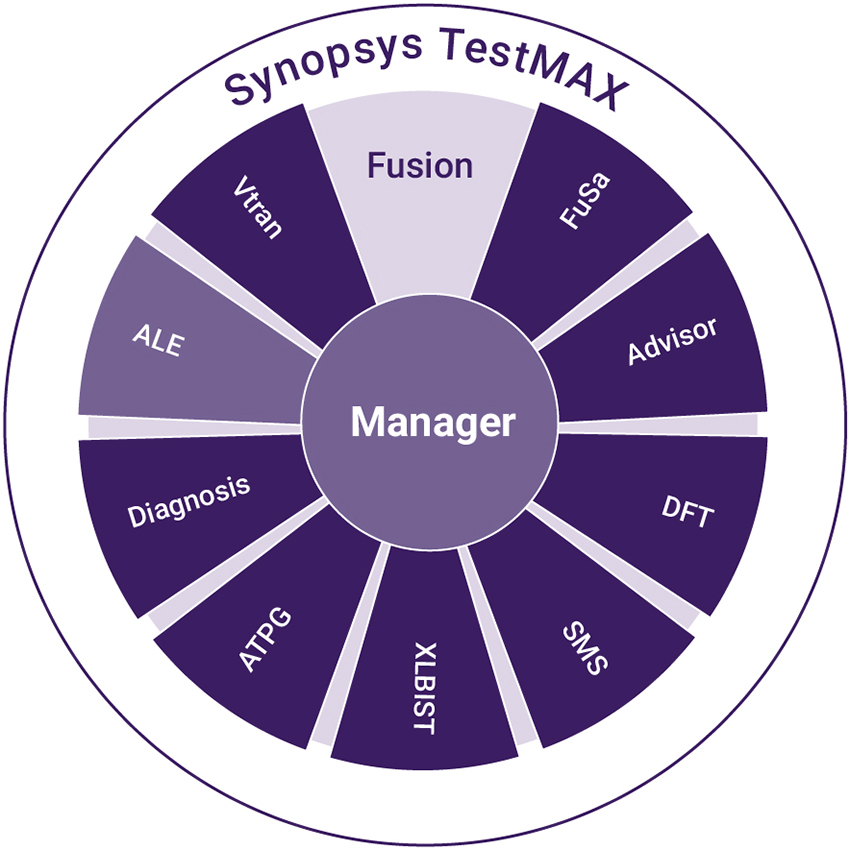 Software and Hardware for HSIO

TestMAX SLT generates an on-chip interface between the existing high-speed interface IO (i.e., USB, PCIe, etc.) and the DFT logic, which is typically composed of scan and compression logic. To accommodate this and remain independent of the HSIO, the SLT logic interface utilizes the Arm® AMBA® AXI interconnect serving as a slave to the HSIO. The data feeds from the AXI through a FIFO that accommodates the packet length suitable for the design’s DFT. The SLT interface also contains logic to transform the data packet to/from DFT signals, including scan in data, scan out data, scan enable, and test clock.

TestMAX ALE provides the software interface to the HSIO similar to a software device driver. TestMAX ALE enables communication between the operating system file I/O and the software layer driving the host HSIO. TestMAX ALE processes standard scan data in the IEEE 1450 (STIL) format and then packetizes the data for communication to the HSIO. Several output formats (ex. STDF-v2007) are supported to avoid further processing by external programs utilizing data.

Synopsys TestMAX: Test All the Limits

Is There A Practical Test For Rowhammer Vulnerability?

Is Your Functional Safety An Afterthought?