What is 3D image processing?

This encompasses the visualization, processing and analysis of 3D image datasets, for example those obtained from a Magnetic Resonance Imaging (MRI) or Computed Tomography (CT) scanner, through transformations, filtering, image segmentation and morphological operations. With these images it is possible to quantitatively assess real structures through in silico processes.

With 3D image processing, it is possible to model structures of extremely high complexity, for example anatomical structures in the human body, microstructures in a material sample, or defect-ridden industrial components. By creating an accurate scan-derived digital model of the subject, challenging problems can be solved through structure analysis and simulation, such as design of patient-specific implants or surgical plans, optimisation of material designs for target properties, or non-destructive testing of high value parts.

How does 3D image processing work?

Acquired raw data from CT or MRI scanners must first be converted into tomography images via a reconstruction process, such that the images can be interpreted and understood. This is typically achieved within software accompanying the scanning device. The result, whether from CT or MRI is a 3D bitmap of greyscale intensities, consisting of a voxel (3D pixels) grid. In a CT scan, the greyscale intensity at a particular voxel relates to the X-ray absorption by the subject at that location (loosely the subject’s density), while from MRI machines, it relates to the strength of signal emitted by proton particles during relaxation, post application of very strong magnetic fields - different tissues have different concentrations of these protons, thus different greyscale intensities arise in the image.

The reconstructed image volume serves as the typical input for 3D image processing, where the aim is usually to distinguish regions of interest within the image and build a digital 3D model of the structures – This process is known as image segmentation and can involve varied approaches, depending on the subject, objectives and limitations of image quality. In Synopsys Simpleware’s 3D image processing software, for example, users can:

Where and when does 3D image processing fit in the product portfolio?

The value of 3D imaging for digital model-supported problem solving is a growing asset in many major industries, but suitable tools must be leveraged to take full and efficient advantage of the insights this technology can offer. Synopsys Simpleware software keeps image data at the centre of its extensive 3D image processing solution. The core Simpleware ScanIP software environment contains the previously discussed image processing, segmentation, and measurement tools through an easy-to-use graphical interface 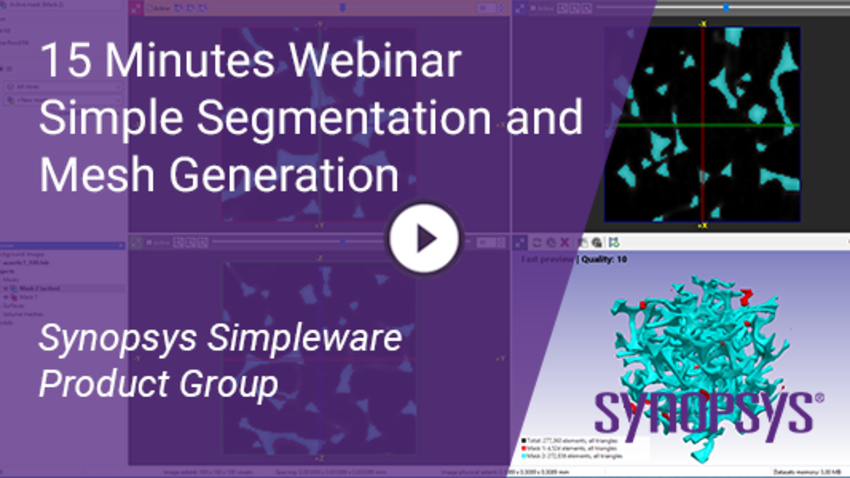 Additional modules offering complementary workflow-specific solutions. The flexibility of the tools available are arguably its strongest asset, allowing valuable models to be generated even from challenging images, and suitable model exports to go beyond 3D image processing into new realms of computer aided decision making: 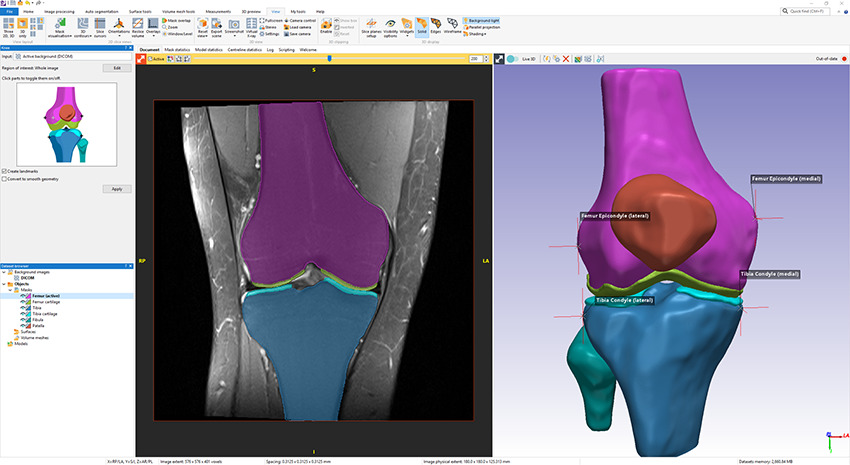 One example of how 3D image processing techniques play out in a real-world situation involves Simpleware software users 360 Knee Systems, who design patient-specific knee replacement solutions. Working with orthopedic surgeons to design and inform preoperative plans that solve the problems associated with the different challenges of individual patients, the workflow is as follows: