Electromigration is the movement of atoms based on the flow of current through a material. If the current density is high enough, the heat dissipated within the material will repeatedly break atoms from the structure and move them. This will create both ‘vacancies’ and ‘deposits’. The vacancies can grow and eventually break circuit connections resulting in open-circuits, while the deposits can grow and eventually close circuit connections resulting in short-circuit.

How does electromigration work? 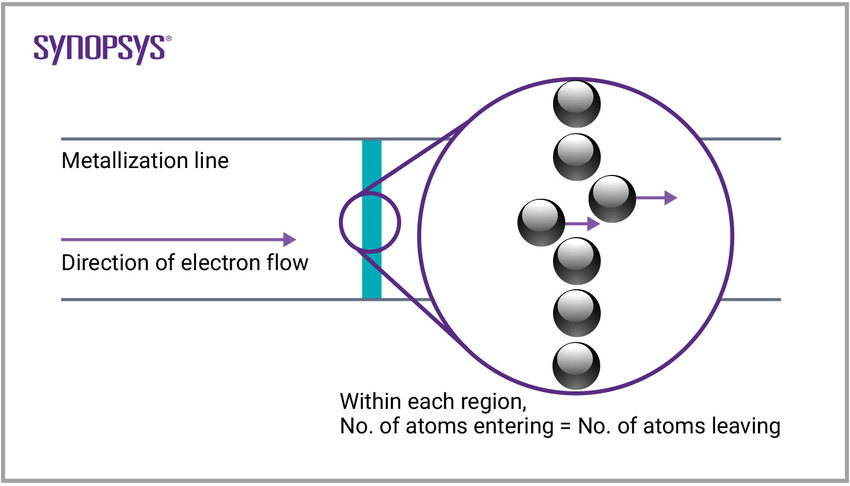 Damage to the metallization lines is caused by divergences in atomic flux. When the amounts of matter leaving and entering a given volume are unequal, the associated accumulation or loss of material results in damage. This results in two types of inequalities: 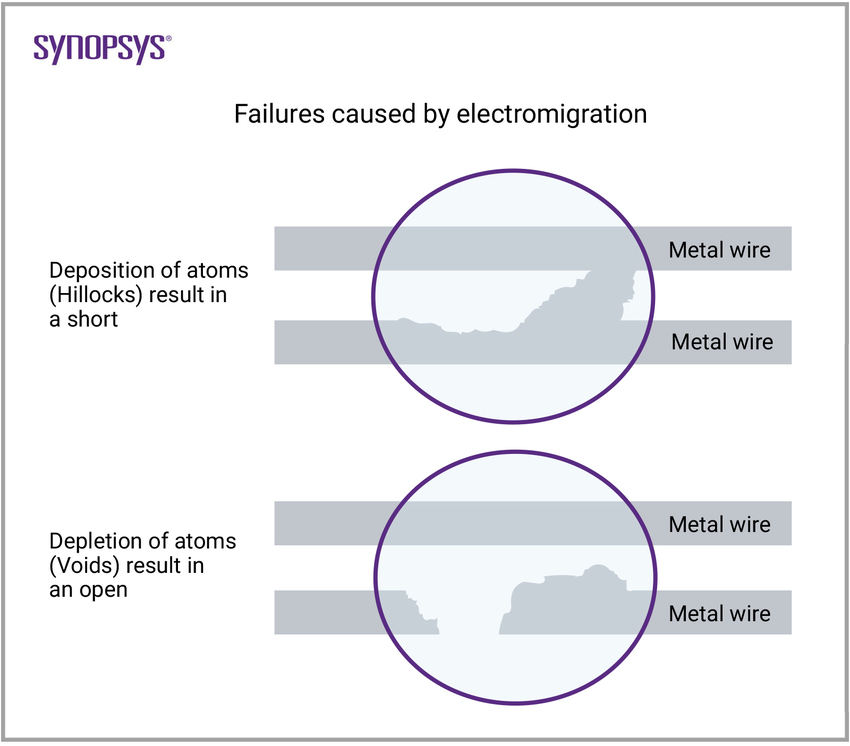 The EM constraint tells us how much current a connection object can sustain continuously to achieve a predefined mean time to failure (MTTF). There are 4 types of EM constraints for the 4 kinds of equivalent currents below:

If the frequency is less than a critical value f0 = ½(MTFdc), the interconnect will follow a DC electromigration behavior. System fails even before the onset of reverse current. A gradual improvement in MTF happens as frequency is increased above f0. This is due to increased effectiveness of damage healing during reverse period.

At the beginning of positive and negative pulses, atoms and vacancies start to migrate along grain boundaries and interfaces. This migration can recover with opposing stress. A shorter stress period means a relatively small displacement of atoms and vacancies, which is easy to be healed.

Within a very high frequency range, the damage healing process can overcome all defects which are brought during the other half period. However, an interconnect is never immortal. It can fail because of temperature gradients only. In this case Joule Heating sets the lifetime based on RMS current density. Waveform of a stress also has an impact on failure rates. For example, local melting will happen and cause failures for very large peak current densities even if the RMS current density is not very high.

Does Synopsys offer an electromigration solution?

Achieve the Best QoR and Productivity