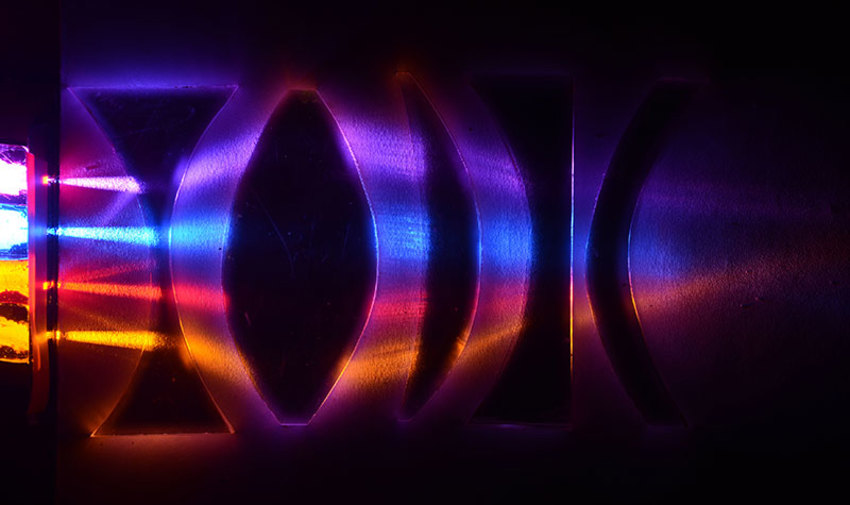 Lenses bend light in useful ways. Most devices that control light have one or more lenses in them (some use only mirrors, which can do most of the same things that lenses can do).

CONCAVE or NEGATIVE lenses will DIVERGE (spread out) light rays

You can have mixed lens shapes, too

See a demonstration (opens a new window) of what happens to the light path when you combine several convex or concave lenses.

Usually, light travels perfectly straight, until something bends it. The straight paths of light are called LIGHT RAYS.

Simple lenses can't form very sharp images, so lens designers or optical engineers figure out how to combine the simple types to make complex lenses that work better. We use special computer programs to help us do this because it can take BILLIONS and BILLIONS of calculations.

These devices use these types of lenses. Can you guess what they are? (Mover your cursor over the image to see the answer.)

This diagram shows how a magnifying glass bends light rays to make things look bigger than they are. Many optical devices use the same basic idea of bending the light to fool your eye and brain so light LOOKS like it came from a different (usually larger or closer) object.

See a cool Flash demonstration of simple magnification from the Molecular Expressions website (opens a new window, requires a Java plug-in). Move the magnifying glass up and down.

Lenses are everywhere and have a purpose. See if you can figure out what lens is used to... 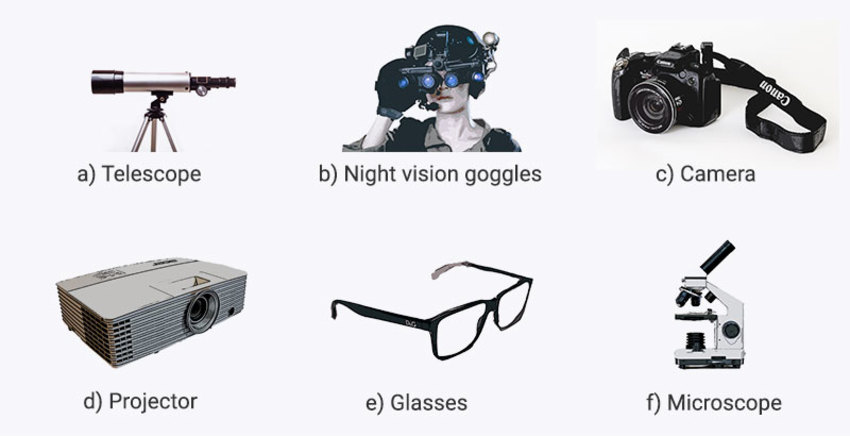 Optics in Astronomy and Space Exploration

Optics has a long history when it comes to astronomy and space exploration. Galileo (1564-1642) was one of the first to use a small telescope to look at the Moon and other objects in the night sky (the first to report his observations anyway). 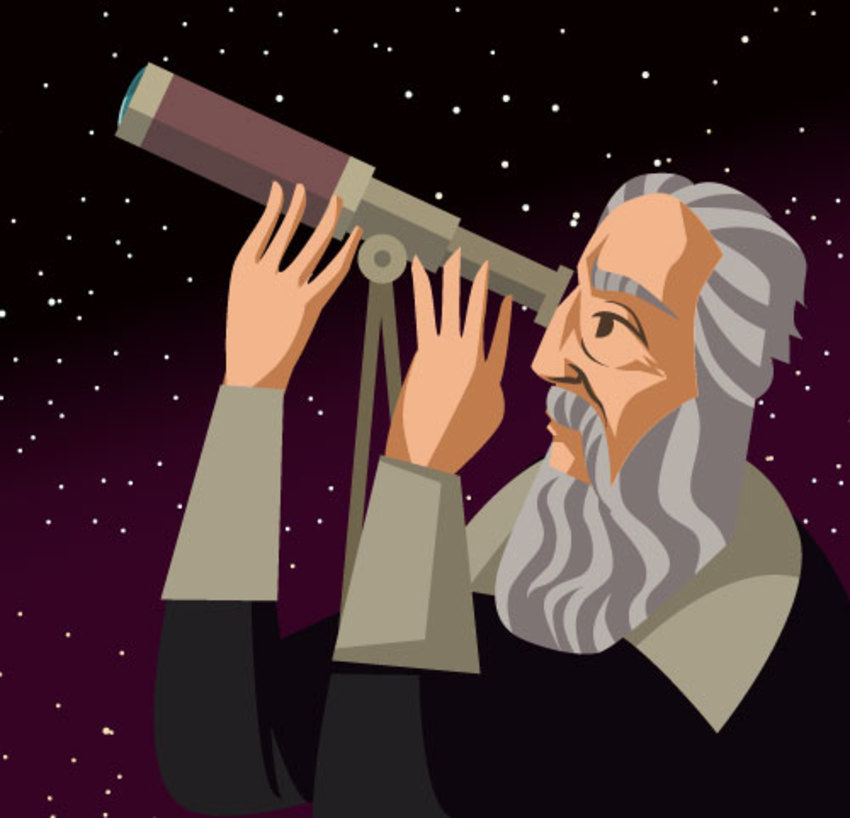 But since 1957, optics has also been an important part of the Space Age, starting with ground-based telescopes used to track rockets and satellites. Soon after there were Earth satellites with cameras, telescopes, and other optical instruments, many to look back at Earth, and many more to look at the stars and planets. A little later the US and the then Soviet Union also started to send spacecraft out of Earth orbit to visit the Moon, Venus, Mars, and eventually all the planets except Pluto (a NASA probe is on its way to Pluto now, due to arrive in 2015).

The Hubble Space Telescope is perhaps the most famous space-based optical system, and several engineers at ORA actually worked on the design and other aspects of the repair optics. We even won a NASA Public Service Group Achievement for this and other space-related work). See this website to learn more on how the Hubble works. 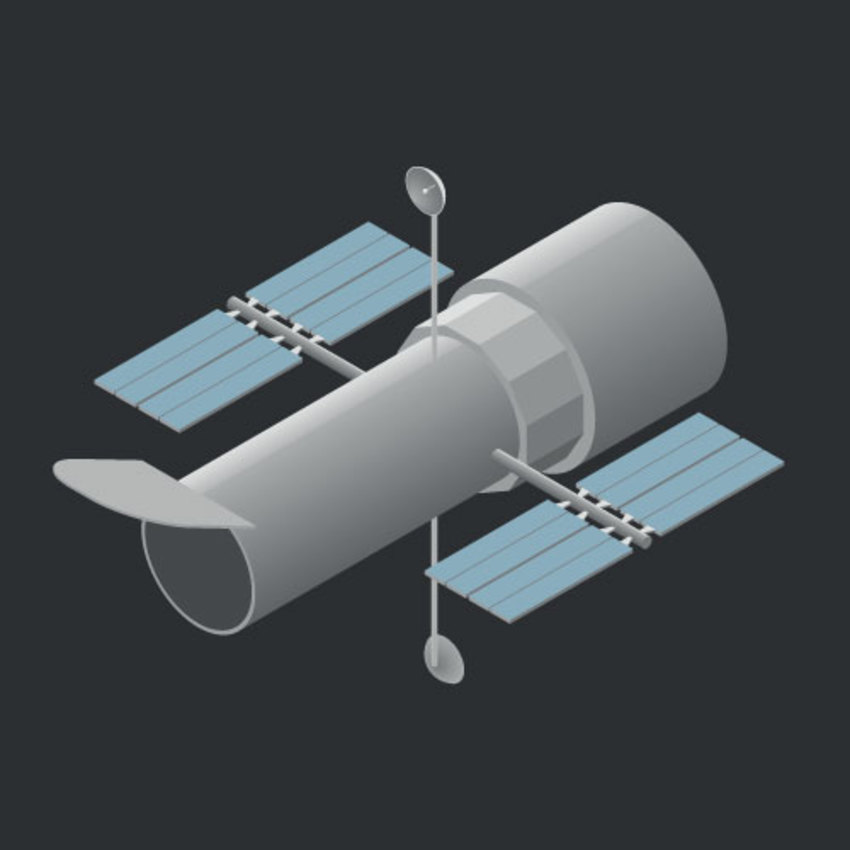 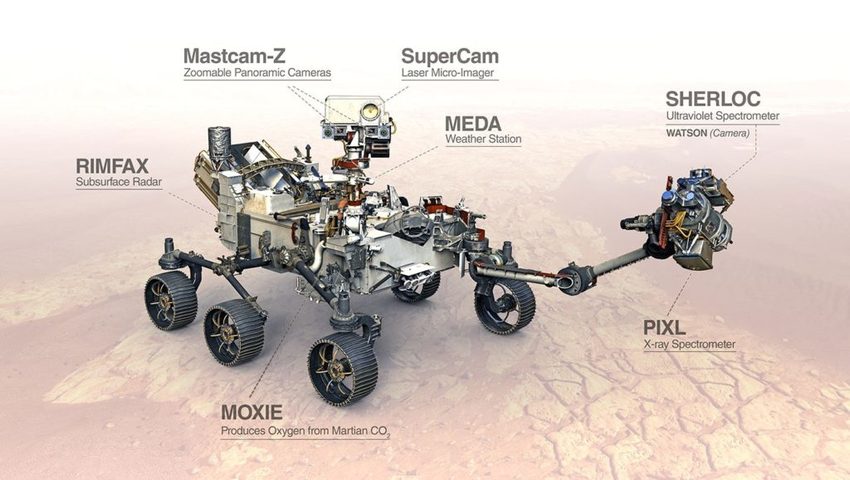 Another telescope, the James Webb Space Telescope, will be launched in October this year (2021). It will be able to detect and study faint galaxies in the early universe like no instrument before it. In our own galaxy, it will also be able to penetrate the visibly opaque dust and gas of stellar nurseries and probe the atmosphere of exoplanets.

If you are interested in learning about other planets, perhaps we'll learn more from the Mars rovers.  Most recently, the Synopsys optical engineering team designed the Mastcam-Z zoom lens for the Mars Perseverance rover that landing on Mars in February 2021.  The Mastcam-Z instrument, which functions as the rover’s mast-mounted scientific “eyes.” The “Z” in Mastcam-Z stands for “zoom.” It represents a milestone in the history of space exploration: it’s the first zoom lens system to be included on a deep space instrument.