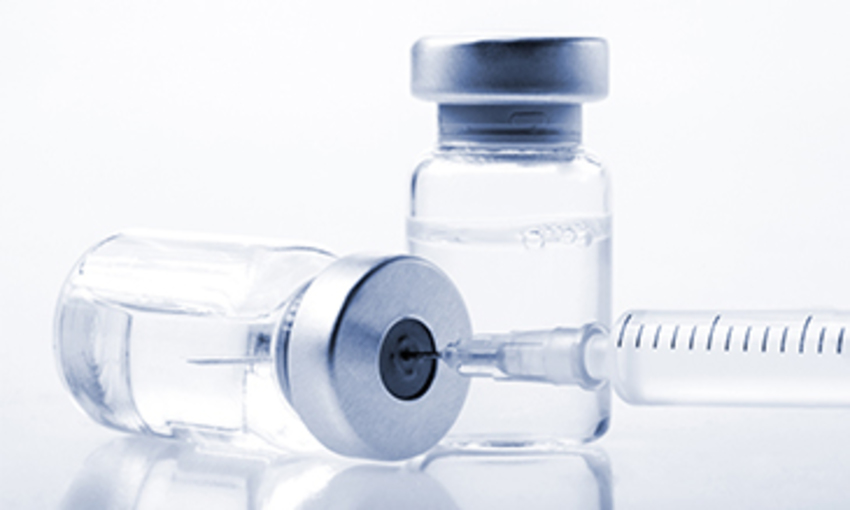 The most common closure system used to seal glass vials containing parenteral pharmaceuticals is an elastomer stopper held in place by a crimped aluminum band. This closure system is used to protect the contents against environmental factors including microbial contamination. X-ray micro-computed tomography (micro-CT) can provide detailed information regarding the position of the elastomer stopper and aluminum band both before and after the sealing process of parenteral vials. This information can be used to evaluate the closure integrity and identify if changes need to be made to the sealing process to ensure the integrity of the seal. Synopsys Simpleware software was used to accurately model and analyze the micro-CT data as part of a joint project with Micro Photonics.

High resolution X-ray micro-CT scans were obtained for two separate vials that were removed from the production line prior to and after the sealing process was completed. The first vial represents the open configuration in that the elastomer stopper and aluminum band are in place; however, the aluminum band has not been crimped and the stopper is uncompressed. The second vial represents the closed or sealed configuration in which the aluminum band has been fully crimped thereby compressing the stopper to seal the vial.  The imaging was done on a Bruker SkyScan 1275 Micro-CT and the projections were reconstructed as serial sectioned images having an isotropic voxel size of 25 microns.

The images from each vial were imported into the  Simpleware ScanIP Software environment as a stack of bitmap images. The vial, stopper and seal were segmented for both configurations using a combination of thresholding, morphological filters and 3D editing tools. A smoothing filter was applied to the segmented data to smooth the surfaces prior to further processing.

Characterization of the Sealing Process

Surface deviation was measured by using the open stopper as the reference surface and measuring the distance from sampling points on the open stopper to the nearest point on the deformed stopper. The measured distances were then displayed as a color map on the reference stopper. Simpleware ScanIP was also used to visualize the deformation of the aluminum band during the sealing process by overlaying the deformed band onto the images of the original open band. The band was also registered to the vial surfaces and images showing the overlap of the closed band relative to the open band were created to visualize the deformation. 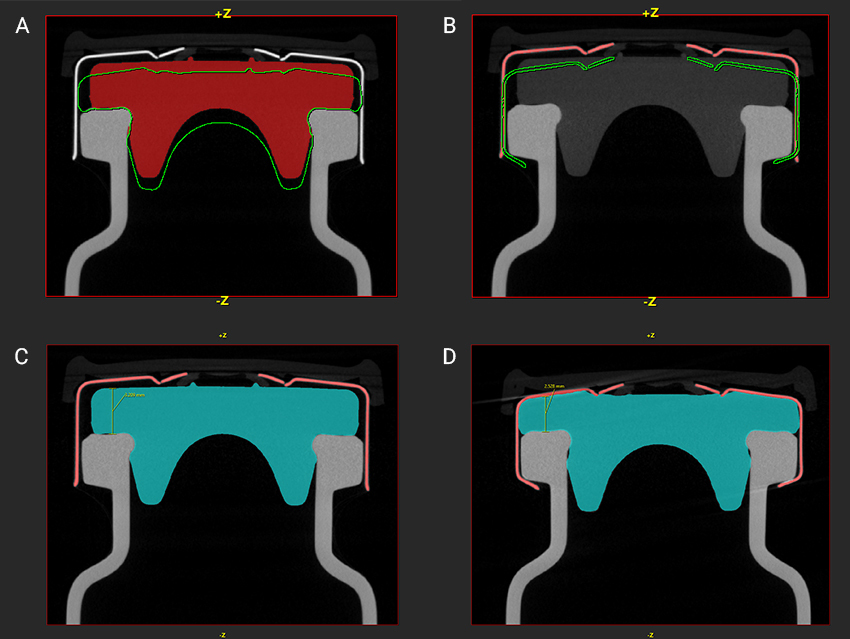 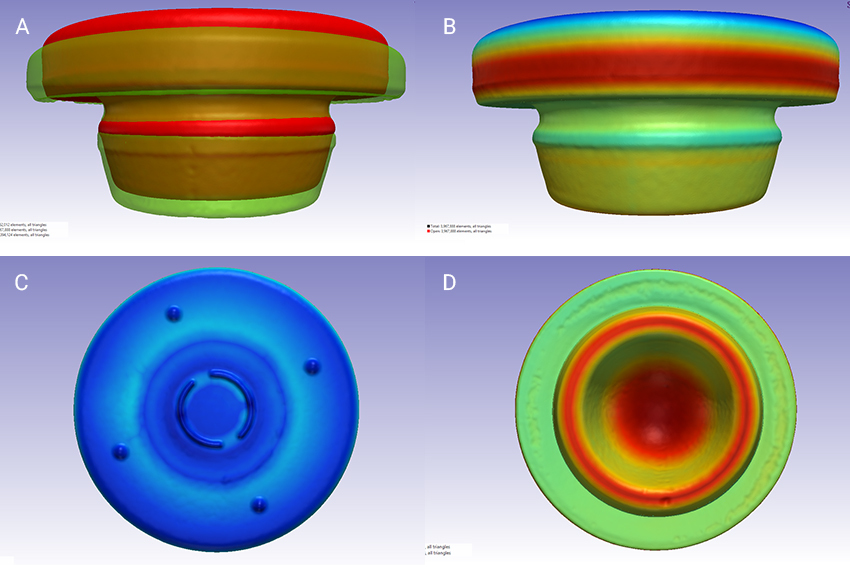 The data obtained also revealed that the deformation (crimping) of the aluminum band was not uniform.

This case study illustrates a method to non-destructively quantify and evaluate the deformation of an elastomer cap and sealing band during the sealing process of a parenteral vial. Additional work will need to be done to correlate the deformation values to the actual sealing quality of the vial. To further develop this model, additional testing would be required with vials closed under different vial capping machine settings. These additional samples should also undergo traditional container closure integrity testing to compare to results identified using the methods described in this manuscript. By correlating these results, it would be possible to obtain a better understanding of how stopper and band deformation during the sealing process affect the integrity of the seal.