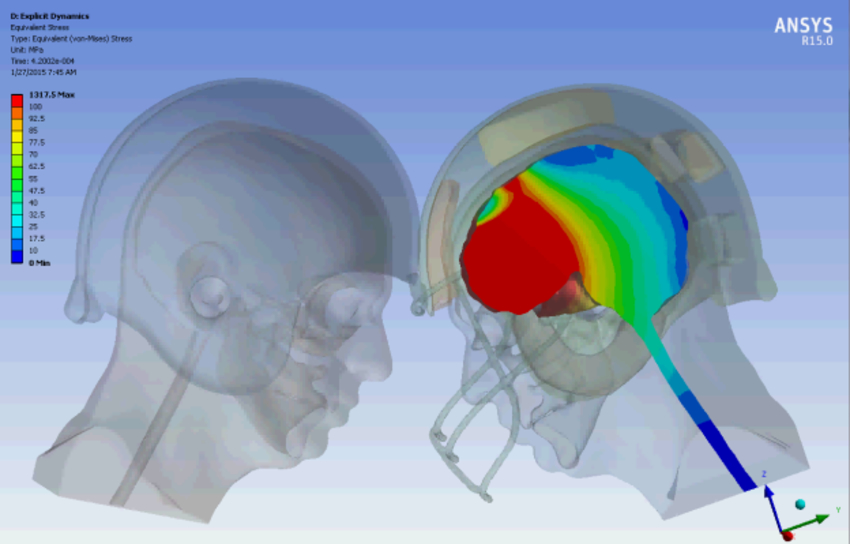 The New England Patriots won Super Bowl XLIX last week, beating the Seattle Seahawks 28-24. However, the Super Bowl also highlighted the continuing problem of concussion and head injuries in the NFL. Seahawks defensive end Cliff Avril had to leave play after suffering a concussion, while the Patriots’ wide receiver Julian Edelman may have played on despite a concussion. Head injuries are common in high impact sports, with the American Medical Society for Sports Medicine (AMSSM) estimating in a 2013 statement that 3.8 million concussions are experienced in sports every year.

Concussion can lead to Traumatic Brain Injury (TBI), as well as spine damage and neurological conditions such as dementia. In the long-term, sports head injuries can result in depression, motor skills problems and a loss of attention span. Neurologists identify damage as being caused by shock waves following impact, which move from the front to the back of the brain; this can cause cell damage and affect blood vessels. Solutions for reducing head injuries from concussion are mainly focused on designing better helmets that can absorb shock and reduce stress amplification.

The NRL Simpleware head model combined with a football helmet

Simpleware are working with simulation experts ANSYS to develop cutting-edge techniques for designing and testing new helmet designs using accurate computational models of the head created from MRI and CT scans. By testing different modifications of helmet designs using virtual prototypes, it is possible to model various forms of impact and work towards designing customized helmets for individual athletes. Simpleware provided ANSYS with high-quality head models based on scanned images, which included internal structures and multiple components of the brain, and a model of a football helmet.

Image-based modelling and simulation offers a potentially more cost-effective and flexible complement to experimental testing, and can be tailored to suit different inputs. Ongoing work promises to improve sports equipment that can protect the skull and brain across the NFL and other sports, with potential to help experienced and younger athletes reduce their risk of long-term damage.

Read related article On the Pressure Response in the Brain due to Short Duration Blunt Impacts.