What is a Die-to-Die Interface?

A die-to-die interface is a functional block that provides the data interface between two silicon dies that are assembled in the same package. Die-to-die interfaces take advantage of very short channels to connect two dies inside the package to achieve power efficiency and very high bandwidth efficiency, beyond what traditional chip-to-chip interfaces achieve.

A die-to-die interface is typically made of a PHY and a controller block that provides a seamless connection between the internal interconnect fabric on two dies. The die-to-die PHY is implemented using a high-speed SerDes architecture or high-density parallel architecture, which are optimized to support multiple advanced 2D, 2.5D, and 3D packaging technologies.

A die-to-die interface is a key enabler of the industry trend away from monolithic SoC designs toward multi-die SoC assemblies in the same package. This approach mitigates growing concerns around high cost/low yield of small process nodes and provides additional product modularity and flexibility.

How Do Die-to-Die Interfaces Work?

A die-to-die interface, just like any other chip-to-chip interface, creates a reliable data link between two dies.

The interface is logically divided into a physical layer, link layer, and transaction layer. It establishes and maintains the link during chip operation, while presenting to the application a standardized parallel interface that connects to the internal interconnect fabric.

Link reliability is guaranteed by the addition of error detection and correction mechanisms such as forward error correction (FEC) and/or cyclic redundancy code (CRC) and retry.

The Benefits of Die-to-Die Interfaces

Modern chip implementations are trending towards solutions based on assembling multiple dies in the package to increase modularity and flexibility. Such a multi-die approach also facilitates more cost-effective solutions by splitting functionality into several dies to improve yield as (monolithic) chip size approaches full reticle size.

The interface between the dies must address all the critical requirements for such a system:

There are four major use cases for die-to-die interfaces targeting applications like HPC, networking, hyperscale data center, and artificial intelligence (AI), among others:

The objective is to increase compute power and create multiple SKUs for server and AI accelerators by connecting dies through virtual (die-to-die) connections, achieving tightly coupled performance across dies. 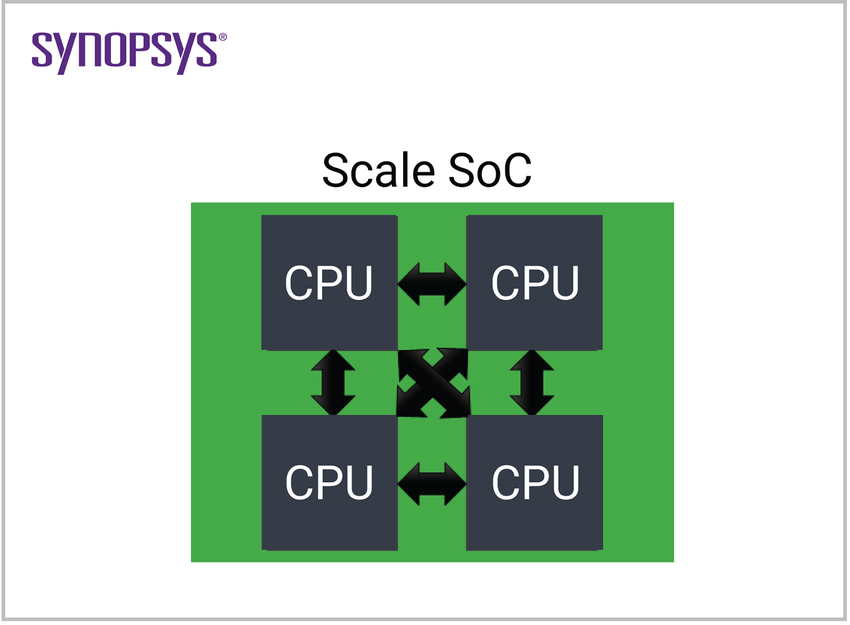 The objective is to aggregate multiple disparate functions implemented in different dies to leverage the optimal process node for each function, reduce power, and improve form factor in applications such as FPGAs, automotive, and 5G base stations. 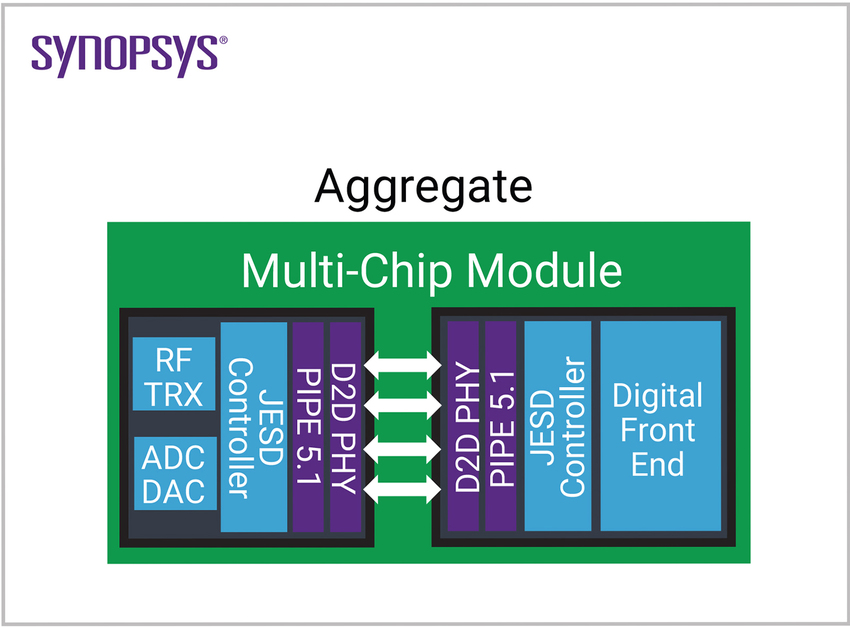 The objective is to separate the central chip from the I/O chip to enable easy migration of the central chip to advanced processes, while keeping I/O chips in conservative nodes to lower risk/cost of product evolution, enable reuse, and improve time to market in server, FPGA, network switch, and other applications. 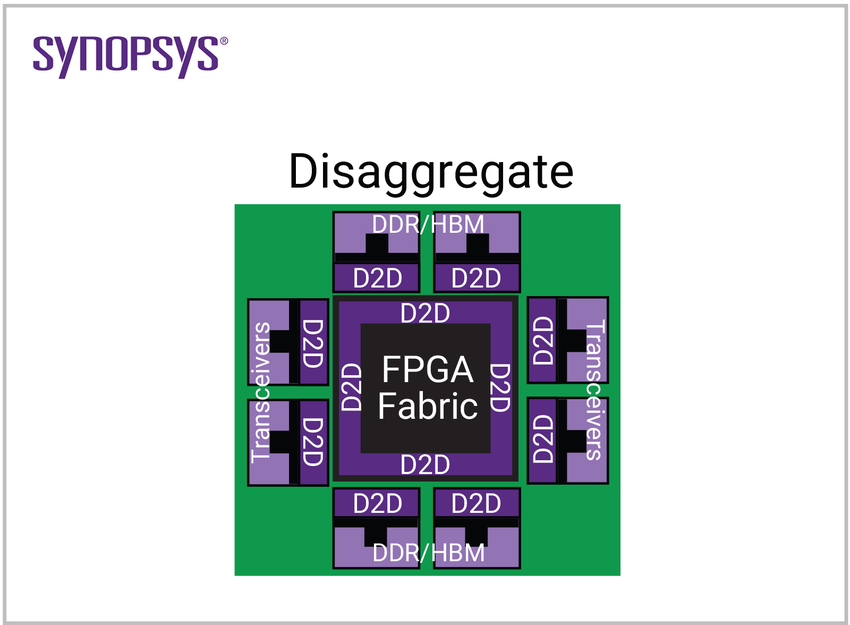 The New Frontier of Die-to-Die Interface IP: What You Need to Know for Silicon Success