When tech insiders discuss the differences between 4G vs. 5G, they’re usually talking about connectivity. Connectivity is the ideal metric for evaluating the strength, quality, and value of your internet, but is 5G speed compared to 4G going to be as significant a shift as some industry experts predict?

Population density, travel speed, and distance all affect how fast a device can communicate with a network. Many experts predict that 5G networks will enhance performance related to many of these aspects, improving network features such as mobility, energy, speed, and range of services. All this sounds simple on paper but has significant implications on a global scale. Better efficiency means 5G wastes less power than 4G LTE, which uses substantially more energy than its newer iteration. Better connectivity means that millions of people living in densely populated cities can connect concurrently without experiencing latency or speed issues. Better mobility means we can stay connected while traveling faster than ever.

Many service providers are already offering 5G connectivity, but it’s not yet available to most consumer markets. Service providers are slowly integrating 5G into their networks and plans, which will, in turn, require a new generation of devices. Once 5G is readily available to the masses, how much will it change the world we live in? Knowing what impact prior networks have had in the past can give us an idea of the impact 5G will have in the future.

When 2G networks were commercially launched back in 1992, they were groundbreaking. Whereas the first generation of wireless communication (1G) was completely analog technology, 2G introduced digital. It opened the doors for pictures, media messages, texts, and digitally encrypted phone conversations to be sent across varying networks.

New technologies phased out 2G over the years, but large parts of the planet still rely on 2G networks. Parts of Europe, South America, Central America, and Africa use 2G networks for communication, where most of the United States, Japan, and others have replaced these dated networks with newer generations. 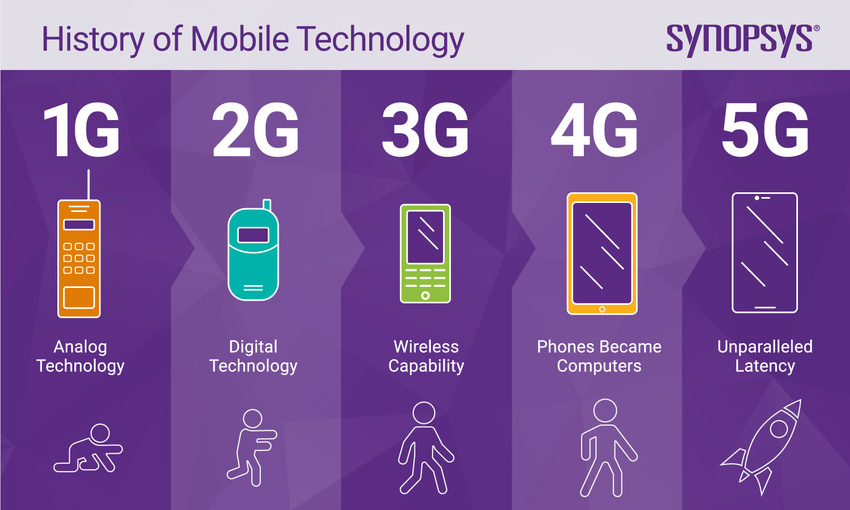 The third generation (3G) was introduced to the market in 2001 and ushered in wireless capabilities that we use to this day. 3G brought smartphone tech that allowed us to browse the web, share pictures, download videos, and perform other functions that had been impossible before.

Service providers had lofty goals for this generation. They sought to provide full communication, more extensive data potential, elevated data delivery, and the broadest range of applications in history. Most importantly, they aimed to provide all this at the lowest cost to their customers. They achieved these goals through the development of the Universal Mobile Telecommunications System, a network infrastructure that combined the best elements of 2G with the newer technologies of 3G.

The jump between the third and fourth generations of network connectivity was the largest the industry had ever seen. The transition from 3G to 4G likely could not have been accomplished without the technological breakthroughs in varying industries over the prior decade. These technologies have shaped various iterations of the 4G technology, the best known of which is 4G LTE (Long-Term Evolution). The flexibility and reliability offered by these technologies were previously unparalleled, and many industries immediately saw the benefits of being part of a much faster network.

The most significant takeaway from this fourth generation is that it turned our smartphones into powerful computers that could fit in our pockets. This monumental step forward was achieved by the introduction of HD streaming and accelerated web browsing, which we now take for granted. Much of the work that we perform on desktop or laptop computers can be performed on a smartphone. Thanks to 4G technologies, we can maintain a stable connection from almost anywhere we’re working with minimal amounts of latency.

Unleash Bandwidth and Harness Security for a 5G World

How does 5G work?

Now we arrive at 5G, which carriers have been gradually rolling out in select cities around the world. This technology has taken over a decade to develop, and with its faster upload speeds and drastically reduced latency, it’s on track to replace the previous 4G LTE technology.

5G achieves its unparalleled latency by operating across three spectrum bands. These three bands create a flexible, malleable connection that adapts to how and where the user is connecting. The low-band spectrum is the primary band many popular carriers already rely on owing to its capacity to penetrate hard surfaces while still covering a broad area. Its shortfall is that it tops out at a data speed of 100 Mbps. Consequently, some countries have forgone this band, opting to set their minimum tier of 5G performance at the midband spectrum. This midband spectrum offers reduced latency with less surface penetration and higher peak speeds than the low-band spectrum. It’s likely to become available in every major metro area across the United States by the end of 2020.

We finally arrive at the high-spectrum band, which centers around towers offering incredibly fast, short-distance connections. These smaller towers are deployed in congested and densely populated areas, such as football stadiums and convention centers. Recent improvements have increased the effective range of 5G antennas, but that doesn’t mean they are devoid of shortcomings. Unlike low- and midband signals, high-band signals are hindered by physical barriers. Walls, buildings, and other structures can cut the range of high-band antennas down to a fraction of their original power, and certain types of glass and other materials can block their signals entirely.

The key differences between 4G and 5G

Using the separate bands to communicate, 5G is smarter, more energy efficient, and faster than any of its predecessors. Some predict it will be nearly 10 times faster than your current network if you are on 4G.

Where 4G often struggled during peak hours, 5G will allow for a higher number of users to connect simultaneously. It will eliminate network congestion and allow users to stream live TV with little to no buffering. But industry experts claim that reduced latency and higher speed is only the tip of the iceberg for this promising technology, predicting that future innovations will use 5G’s improved connectivity to power some of the most significant communication advances of our generation.

Major service providers are already looking into investing in 5G Wi-Fi routers, as the connectivity would be stable enough to power home devices solely off the 5G network. 5G Wi-Fi connectivity would benefit anyone not wanting to tie their internet connection to a specific property or address.

Experts predict 5G will be up to 10 times faster than previous generations. This vastly improved speed creates many exciting opportunities for industries and consumers alike. For example, increased connectivity means ultra-high-resolution 4K video calls. To put this in perspective, 4K is the industry standard for commercial digital movies.

Are Your Systems and Apps Safe from 5G Threats?

What will 5G enable?

Reduced latency will be the key differentiating factor between 4G and 5G. This alone will be enough to entice many of the world’s largest industries to adopt the network as quickly as possible. Some industry experts predict that 5G will eventually power smart cities and other large-scale projects, so let’s consider how such new technology might affect consumers across the globe: 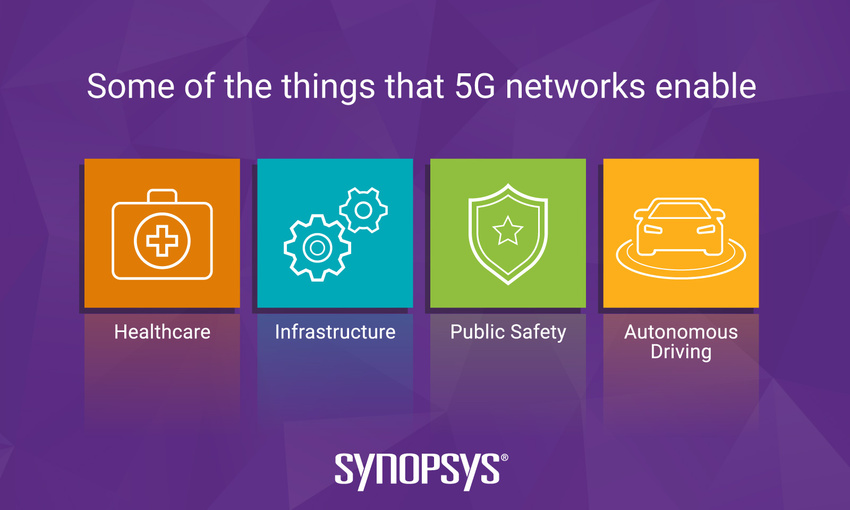 When can we expect 5G?

Many industry experts will tell you that 5G has already arrived. That said, most consumers won’t have access to the full breadth of 5G’s potential until the low-band spectrum is made available sometime in 2020.

Service providers are centering the initial rollout of the technology around densely populated areas and major cities. The introduction of 5G technology into the mass consumer market will likely be a slow process. Don’t expect an overnight switch. Every day, though, consumers can expect to see more features made possible by this new technology introduced into their lives.

The Adoption of 5G for Automotive Applications

5G: The Future of Connected Everything

What is Fuzz Testing?

Addressing the complexities and speeds of 5G

5G security is top of mind for those who recognize that 5G is going to be higher risk. Fuzzing is one of the leading testing techniques for securing 5G.

Wherever Smart Everything Is, You'll Find Synopsys

Let's Design the Future Together