Currently, the AR optics of most interest are see-through head-mounted displays (HMDs), which are also known as see-through near-eye displays or head-up displays (HUDs). Like virtual reality, wearable devices (e.g., haptic gloves) that sense and respond to motions of the user; devices for audio feedback; and trackers for body, head, and eye may be used to interact with the simulation. However, in augmented reality, the user also interacts with objects in the real world.

How do augmented reality optics work? 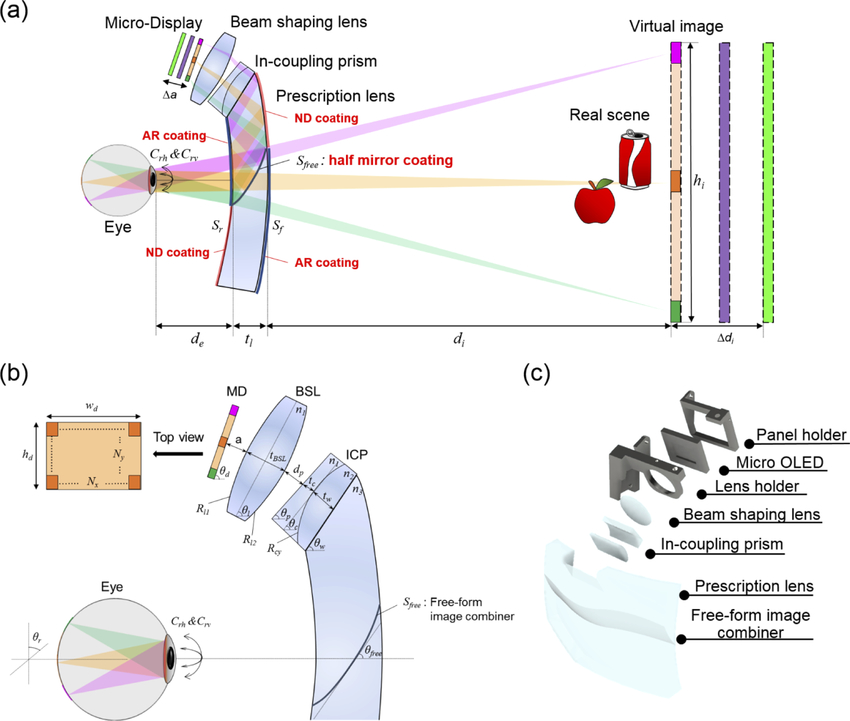 Figure 1: Schematic diagram of Prescription AR:
(a) The side view and the beam path of the AR image of the proposed system. The prescription lens works both for vision-correction and for wave-guide of the AR image. Light rays from a micro display refracted by a beam shaping lens enter to the prescription lens through an in-coupling prism and create a magnified virtual image located a distance from the lens.
(b) The detailed diagram for geometric parameters in the Prescription AR.
(c) The 3D diagram of optical components.

Reprinted with permission. © The Optical Society.

The effects of aberrations to image quality in HMDs are similar to that in other optical systems. Aberrations such as axial chromatic aberration, spherical aberration, coma, astigmatism, and field curvature introduce blur. Aberrations such as distortion, coma, and lateral chromatic aberration induce warping. Aberration control is important in the design of AR HMD optics. An example all-reflective freeform design is shown in Figure 2, where (a) displays the system design, (b) shows the test object, (c) provides the image simulation results of an initial system, and (d) demonstrates the image after optimization. In this example, we can appreciate the power of optimization in reducing aberrations and distortions.

As It is extremely challenging to match both the FOV and the resolution of human eyes, tradeoffs are often made for specific tasks among FOV, weight (volume, number of optical element), resolution, pupil size (eye box), eye clearance, and the size of the micro-displays. Some of the tradeoffs can be addressed with improved technology. A few potential solutions are listed as below: the tradeoffs between FOV and resolution can be addressed with high-resolution insets, partial binocular overlap, spatial tiling, temporal division, and diffraction-order tiling. The tradeoffs between FOV and pupil size can be addressed by duplicating the exit pupil into an array and employing eye-tracking devices. 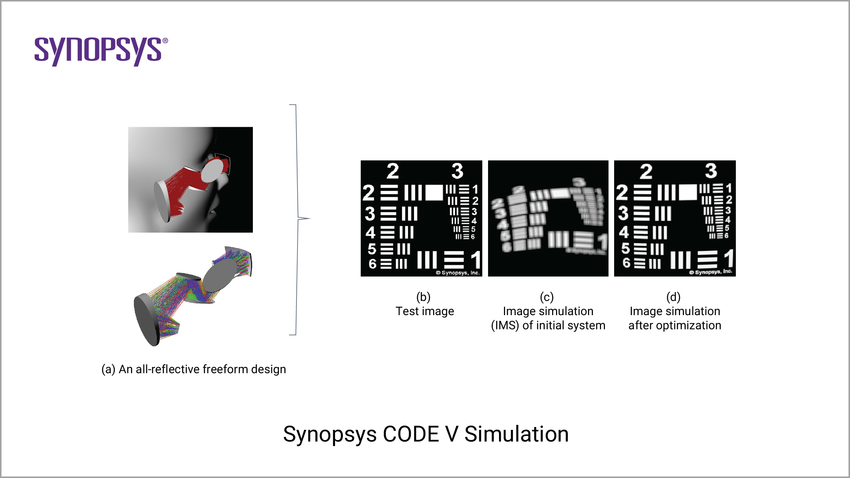 What is needed to design augmented reality optics?

Synopsys provides a complete set of tools to study AR/VR devices. There are multiple software needs for the design of AR optical systems. The optical engineer needs software to create and optimize the imaging system, analyze straylight in the optical path, and designing diffractive optical elements. The mechanical engineer needs a CAD package to draw the system layout and accomplish thermal and structural analysis. The AR system may also require electrical engineer to track the eye motion and send the signal to the optical system. 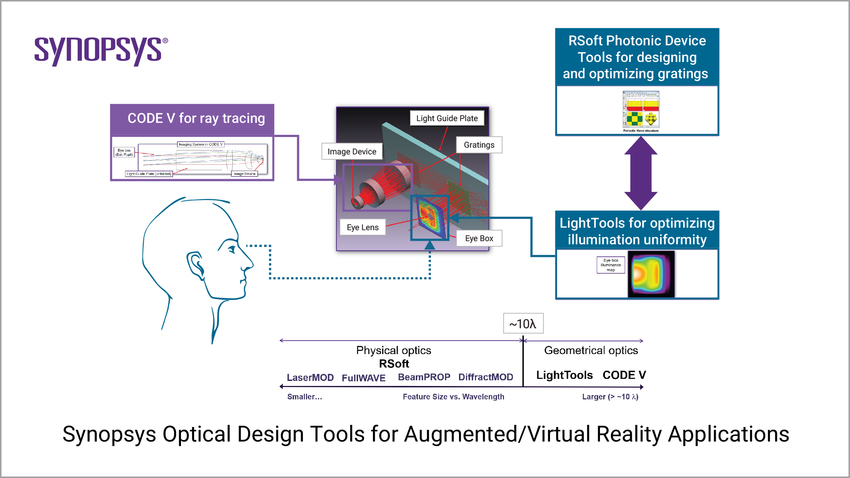 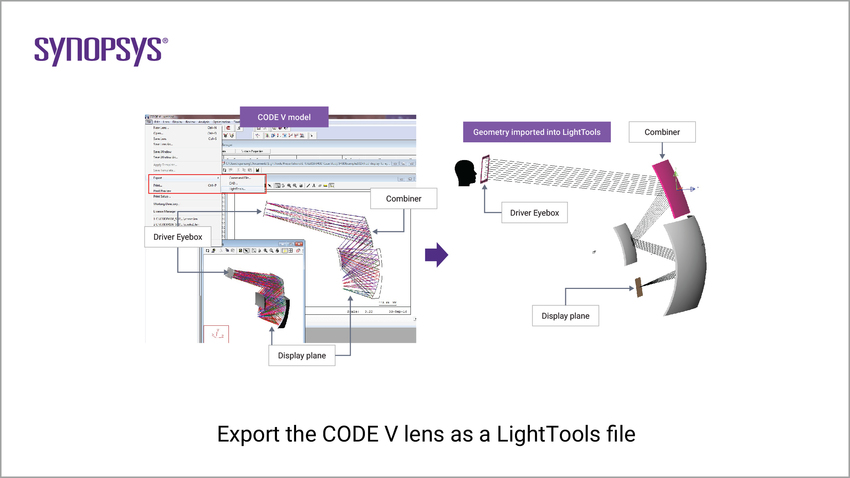 Once the gratings have been built, the Bidirectional Scattering Distribution Function (BSDF) information and layout files can be exported directly to LightTools to define a surface property.  All diffractive properties are included in the RSoft BSDF files, which contain information about how a surface (thin film, patterns, etc.) scatters light. 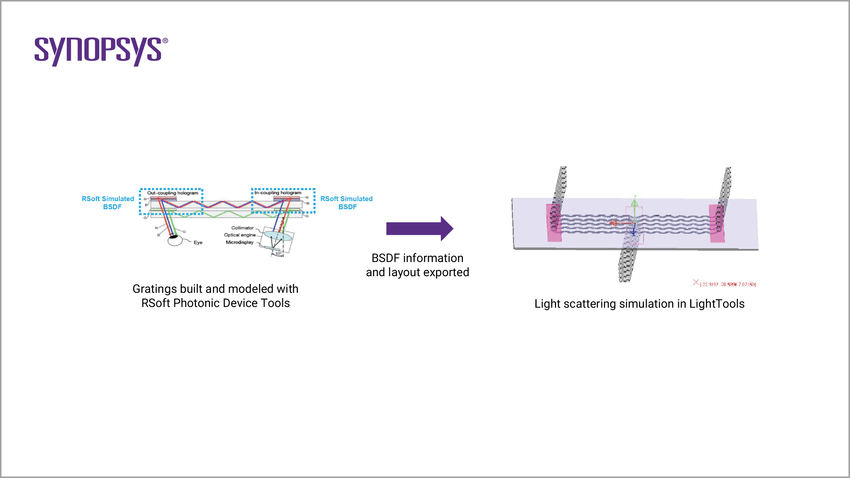 How do you design augmented reality optics for an automotive application?

A Head’s Up Display (HUD) augments a driver’s field of view with an image from a display. Software is needed to model the rays traveling through the windshield, and also to evaluate the quality of the projected image. 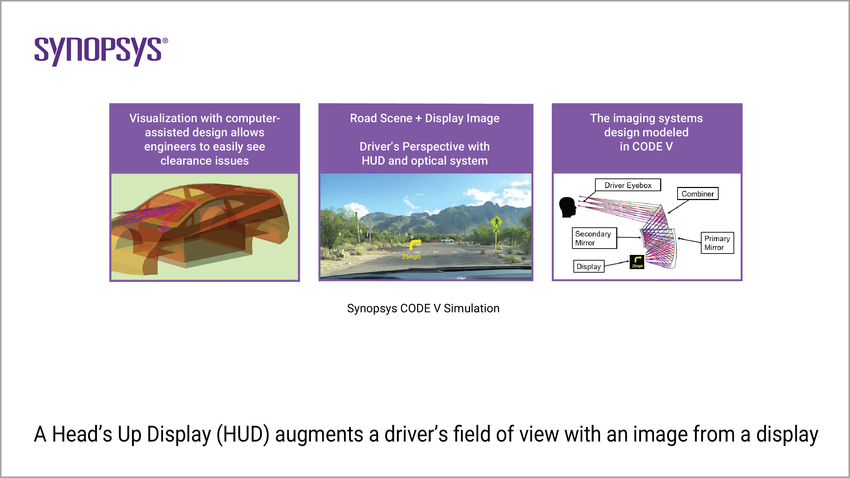 After design completion, it is important to check the final system performance not only against nominal criteria but also for actual system as-built performance. For this, LightTools is the logical next step for viewer simulation.  A reverse ray trace from spectral color objects representing a display image in LightTools shows the projected HUD image for a viewer (onto a model scene). A LightTools simulation can also help uncover any unforeseen issues with stray images or reflections in the system. Also, engineers can use LightTools CAD import and measurement tools to determine:

What is the difference between augmented reality and virtual reality optics?

There are a few differences between AR and VR optics. 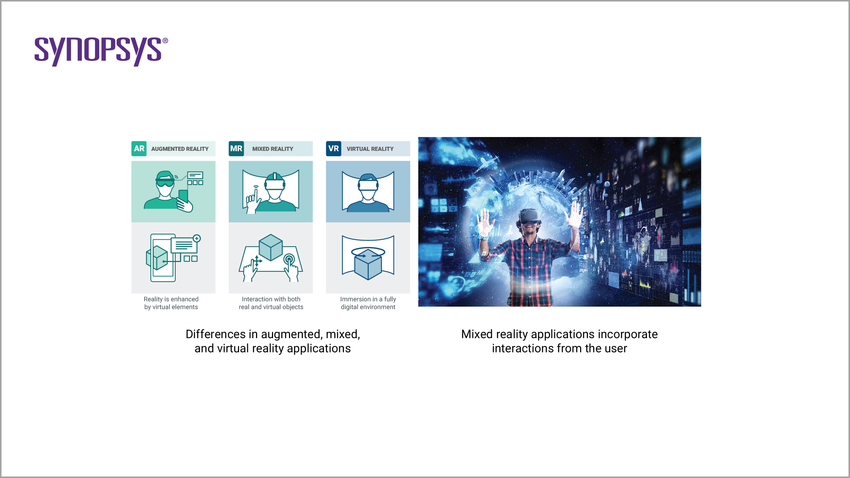 What are some real-world applications for augmented reality optics?