Clarity around names and nomenclature enable effective communication about a topic. Standards bodies define the nomenclature for their standards and specifications, and engineers and designers use what makes sense for them, often generating nicknames as well. Long term, the ecosystem around a standard will coalesce and use the most effective terminology. This article describes the USB 3.1 terminology as defined in the USB-IF specification to give designers and users a starting point for understanding the wide range of applicable USB terms.

The new nomenclature has to be both accurate and efficient (Figure 1).

The term Enhanced SuperSpeed system is used to describe the any combination of a device/host, protocol layer, link layer, and physical layer that adheres to the USB 3.1 specification. 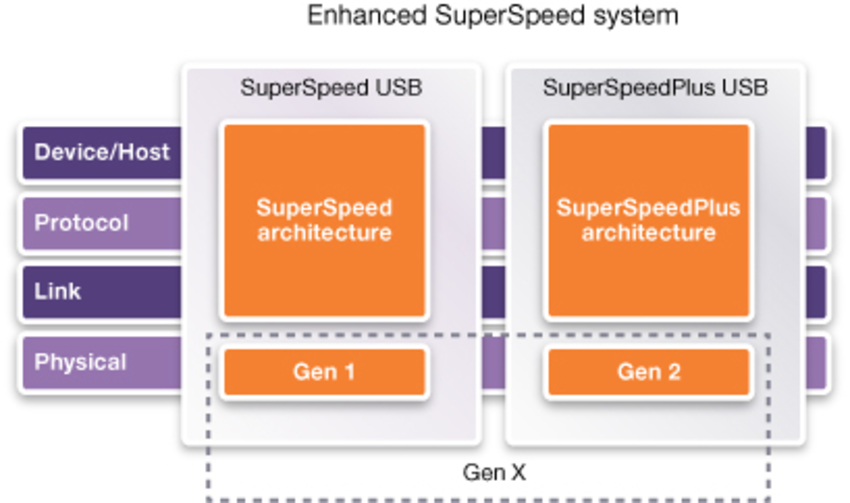 Figure 1: Enhanced SuperSpeed terminology as described in the USB 3.1 specification

Describing a device that supports speeds up to 10 Gbps as well as backward compatibility for USB 3.0 systems can be tricky. To correctly and accurately describe a new USB 3.1 device, take the following statement as an example:

The two last parts of the statement describe a device that can operate at either Gen 1 or Gen 2 speeds. It would have been sufficient to state “This device has an Enhanced SuperSpeed port.” Or “This device supports Enhances SuperSpeed speeds.”

Some examples of correct usage of the new nomenclature are shown in Table 1: 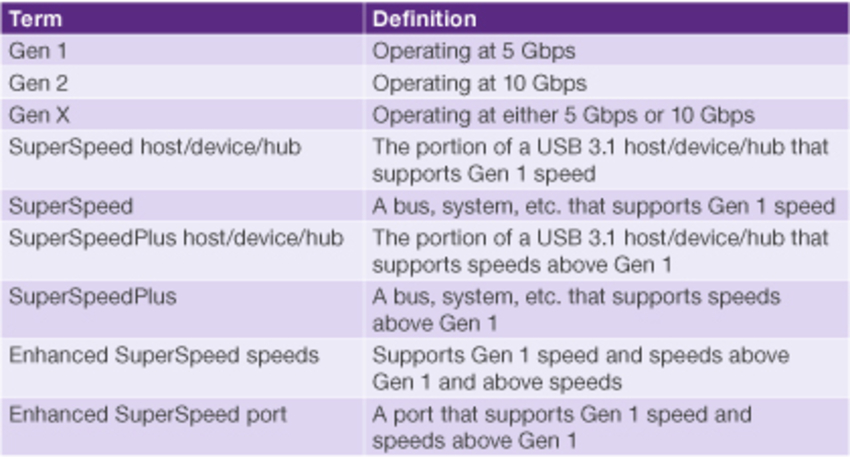 Correctly describing all aspects of an Enhanced SuperSpeed system is not simple, even for the initiated. Many designers and architects closely involved with the USB 3.1 specification do not use this new terminology consistently or correctly. A common and understandable simplification is to use the term USB 3.0 for Gen 1 operation and USB 3.1 for Gen 2 operation, or 5G USB and 10G USB.

Designers may also choose to simplify the terminology by using LS, FS, HS, and SS to describe low-speed, full-speed, high-speed and SuperSpeed USB operation respectively, and introduce SSP for SuperSpeedPlus. This simple solution is accurate enough for everyday use.

Overall, designers and users must be careful about how they use the terminology around the USB specifications to ensure clarity and effective communication.

For more information on the USB 3.1 specification, download the white paper, USB 3.1: Evolution and Revolution.