25G Ethernet in the Connected World

When you look at the evolution of networking and the data that drives it, there is no surprise that the pressure on the data center to manage data quality and transmission speed continues to grow. Consumers and creators of the data want to control the flow and have fast access to it 24/7 without compromising quality. Networking systems have evolved to support the massive growth of data. Ethernet has been and will continue to be the most widely used network interface. Figure 1 highlights some of the key milestones that have led to the creation of Ethernet in the connected world. 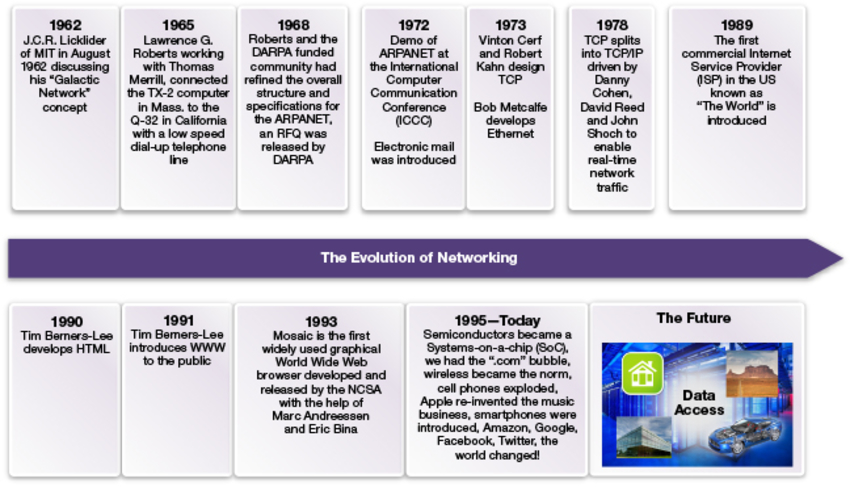 Figure 1: The Evolution of Ethernet in the connected world

Growth in data centers leads to growth in global data traffic, but more importantly leads to the need for faster data transmission over the network. One response to this need is the new 25G Ethernet specification, which provides a cost-optimized solution for servers. 25G Ethernet, an incremental update from 10G Ethernet, leverages the single-lane 25G physical layer technology developed to support 100G Ethernet. The leading space for 25G Ethernet will be to optimize the interconnect from the servers to first level networking equipment or access layer, often referred to as the Top-of-Rack (ToR), Leaf, etc, as shown in Figure 3. 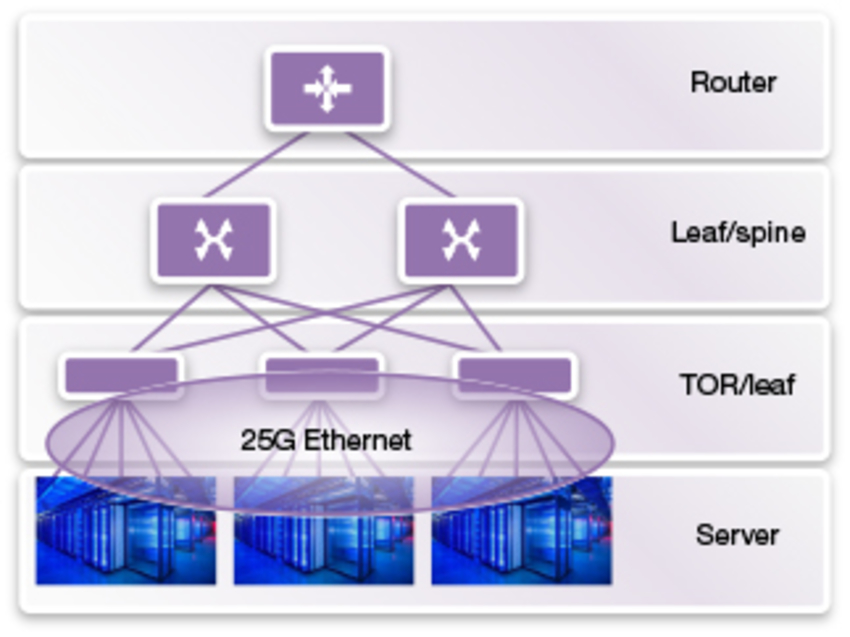 A 25G Ethernet switch maximizes the bandwidth at the pin and optimizes both the port count and total bandwidth for the server.  Table 4, presented at the “IEEE 802.3 Call For Interest” symposium, shows the number of available lanes per port and the speed at which each port operates. As shown in the table, 25G Ethernet running 128 lanes at 25G, or one lane per port, offers the same bandwidth as a 100G device that requires four 25G lanes per port. From an economic view the specification provides the server companies with a robust solution bringing the most bits per dollar.

While the clock rate of a 40G MAC can be reduced to build a 25G Ethernet MAC, users of 25G Ethernet who are replacing 10G will still want many of the features existing in 10G Ethernet today. Some examples include the need for real-time networking as supported by IEEE 1588-2008 and AVB standards and is being expanded on by the Time Sensitive Networking (TSM) Task Group in the IEEE. Networking features such as VxLAN, NVGRE. EEE and SDN are also requirements in today’s systems.

In best practices, a 25G MAC is designed to run at higher Enterprise networking speeds such as 50G without timing violations to ease future migrations.

The SerDes technology for 25G Ethernet is defined in IEEE P802.3bj as a 25GB 4 lane electrical interface and is available today. The PCS associated with the SerDes can be based on an existing IEEE standard, or may require some updates depending on updates and/or adoption of the existing FEC clauses in the IEEE specifications.

Synopsys DesignWare® Enterprise Ethernet MAC Controller IP (XLGMAC) is compliant with the IEEE 802.3 specifications for 40G/100G Ethernet and the 25G/50G specifications from the 25G/50G Ethernet Consortium. The Enterprise MAC interfaces to the PHY layer through a configurable interface supporting an XLGMII/CGMII, XGMII, or GMII interface, and to the system through a native FIFO interface to reduce latency. It is highly configurable and eases SoC integration by offering the ability to tailor its feature set to the target application and supporting speeds of 1G, 10G, 25G, 40G, 50G and 100G.

Ethernet has been and will continue to be the dominate network interface to manage massive amounts of network data that is created every day. Ethernet 25G is the logical next standard to implement for a more robust and cost-effective solution. Starting at the Top-of-Rack (ToR) with 3 to 5 meter support to driving longer distances, the IEEE and the 25G/50G Ethernet Consortium are paving the way for efficient adoption of 25G standards.