Background: What is Fast Switching?

User experience is the key to any consumer products’ success. The technical superiority and the functionality of the product must be backed by ease of use and exceptional user experience. If the user experience is not optimal, consumers will find something better, and they’ll find it quickly.

Take, for example, the process of switching between the HDMI inputs on a television. Switching between multiple HDMI inputs can take up to ten seconds—a noticeable, and irritating, delay. During this ten second period, the user sees a blank blue screen which reads: “? Searching for HDMI signal”. The consumer experience in this function has much room for improvement. In many cases, the consumer gets impatient and gets the impression that the DTV is ignoring the request, and continues with the futile pressing of the Input button.

Technology is now available that can significantly reduce or remove this consumer frustration. Fast switching technology integrated into the Synopsys DesignWare HDMI Receiver IP Solution improves the user experience considerably. They will notice a much faster response time in the HDMI receiver (i.e., DTV) as they switch between the multiple HDMI inputs that are connected to the DTV. For example, the DTV HDMI inputs can be connected to digital video recorder (DVR), multimedia box, game console or even a camcorder. The fast switching technology built within the DesignWare HDMI Receiver reduces switching time between these devices by up to 90% – from ten seconds to about one second.

To understand how fast switching works, let’s first define two simple terms: “connection” and “selection”. “Connection” is the process of connecting the HDMI wire from a source device (such as a DVR) to a sink device (such as a DTV). “Selection” is the process of pressing the input button of the remote control of the sink device (DTV) to choose the desired HDMI input. Figure 1 shows an example of a DTV connected to a set-top box and a Blu-ray player. In Figure 1A, the set-top box is the active HDMI input on the DTV. Figures 1B and 1C show the process of switching the active input from the set-top box to the Blu-ray player, with and without the fast switching technology. 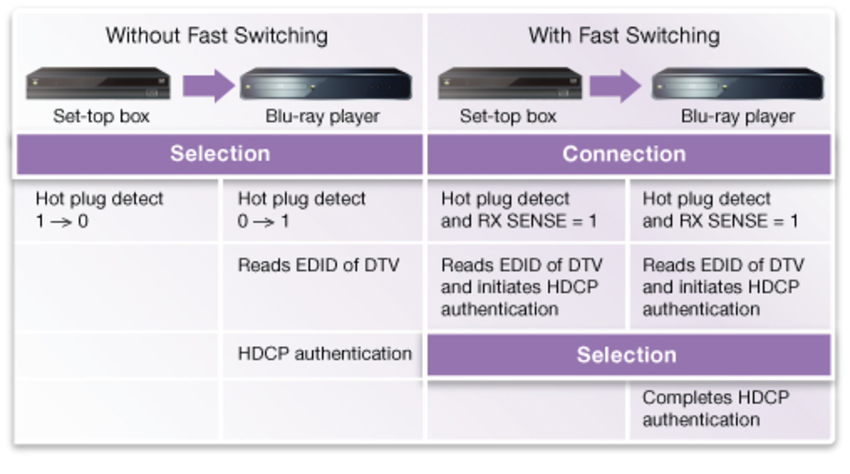 Figure 2: HDMI handshaking with and without Fast Switching Technology

While most commercially available transmitters in the market will send the re-authentication request in less than one second, the typical switching time can be up to two seconds due to the HDCP specification. It states, “Should the authentication fail, the HDCP Transmitter must retry periodically, with a period of no more than 2 seconds.” Hence, the actual switching time is limited by the period between the re-authentication requests from the transmitter, which is defined to be a maximum of two seconds.

The Synopsys DesignWare HDMI Receiver IP leverages a complex software stack and a combination of digital logic controller and advanced mixed signal techniques in the PHY to implement the fast switching solution. The HDMI RX PHY provides up to four input channels to implement the fast switching logic. As shown in Figure 3, the handshaking mechanism for fast switching is carried out in the SCL, SDA, and HPD (pins 15, 16, and 19) signals of the connector. It does not involve the main TMDS signals at all. Once the HPD is sensed from all four connected TX channels, the HDMI RX PHY will turn on the terminations on all four input channels. The SCL and SDA lines will then carry out the exchange of EDID information and HDCP authentication process between the HDMI receiver (DTV) and the four HDMI transmitters. The HDMI RX software stack manages the exchange of EDID information with all four channels in parallel and process of authenticating one channel and keeping the other three channels on hold in the final stage of the HDCP authentication process.