This example shows RSOA-based bidirectional PON modeling in OptSim. Within the global fiber-optic infrastructure, passive optical networks (PONs) play an important role in fiber-to-the-home (FTTH) and fiber-to-the-premises (FTTP) solutions. In a typical PON, a central office (CO) distributes data over passive optical fiber to various optical network terminations (ONTs), which in turn send data back upstream to the CO. Researchers have proposed a number of low-cost solutions for the ONT upstream transmitters, including the use of reflective SOAs (RSOAs) to remodulate the downstream signal in order to produce the new upstream signal. With its new comprehensive model for SOAs, OptSim - RSoft's industry-leading fiber-optic systems simulator - is ideal for modeling these types of PONs.

The figure below illustrates an OptSim schematic for simulating the simultaneous upstream and downstream transmission of a single optical channel over a PON:

The effectiveness of this design depends on the ability of the RSOA to remodulate the received downstream signal with the new upstream signal. Towards this end, the high-pass filtering effect of the RSOA, which becomes more pronounced at higher input powers, helps to suppress the downstream signal. As the power of the optical signal at the RSOA input is increased, the RSOA does a better job of eliminating any modulation on this input and superimposing the modulation of the RSOA control current.

Figures below depict the eye diagram of the received signal in the upstream RX for each of the three RSOA input powers under consideration: 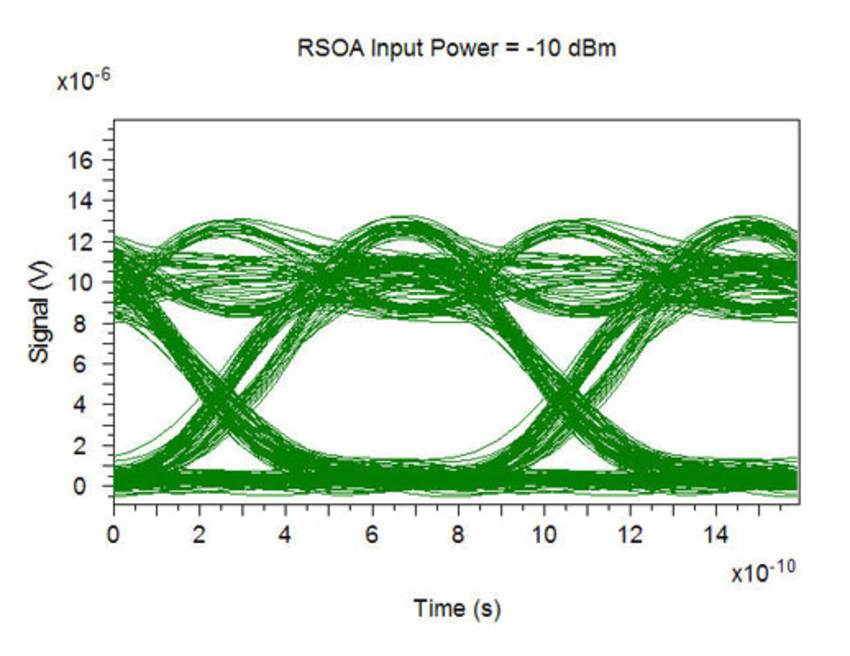 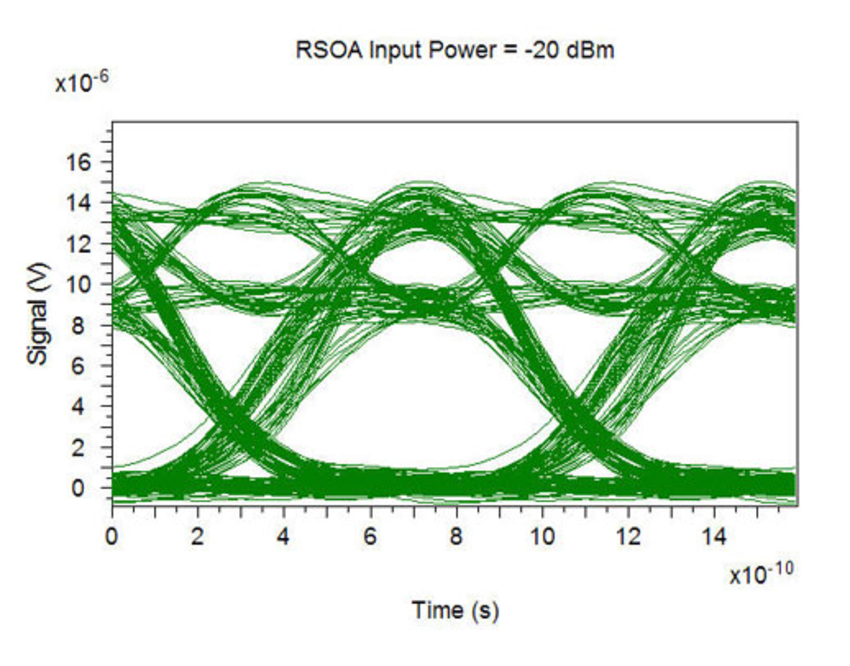 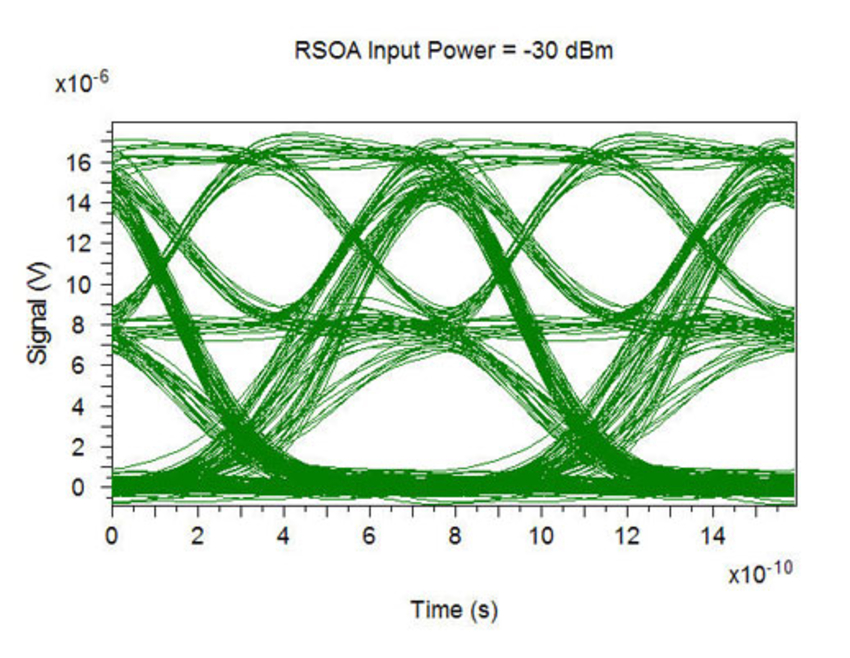 As can be seen, as the RSOA input power increases and the device becomes saturated, the downstream signal is increasingly suppressed, which corresponds directly to the improved BER values.