This example studies impact of fiber nonlinearity on NRZ- and RZ-formats in high-speed links. The topology layout in OptSim for both NRZ and RZ cases is similar to the one shown below:

In both cases, we consider link with noise and without noise. In case of RZ, the number of spans simulated is double than that in case of the NRZ. 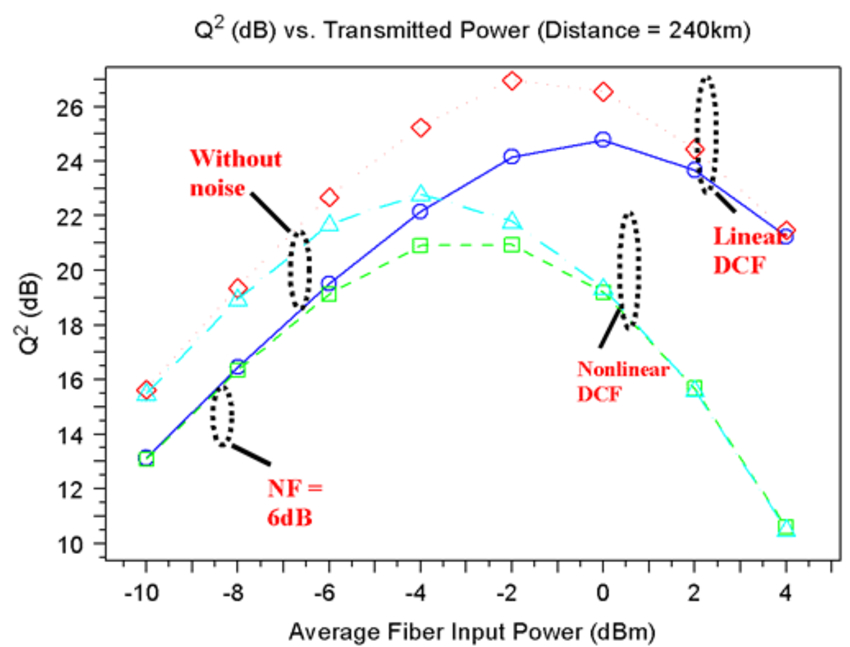 The following figure shows Q-factor vs. average fiber input power plots at 480-km transmission for this topology with linear and nonlinear DCF, with and without amplifier noise. As the launched power increases, the performance keeps on improving until the launched power becomes high enough to cause nonlinearities adversely dictate the overall link performance. The RZ and NRZ cases qualitatively show resembling behavior except that the transmission distance is now double for RZ. 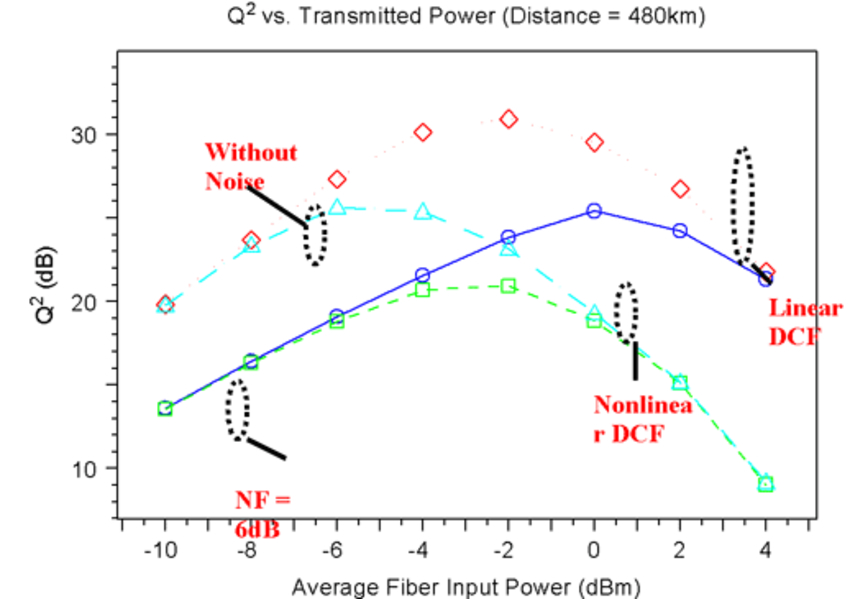 In general, there are various factors that affect performances of various modulation formats. These factors broadly include whether the system is power limited or dispersion limited, whether it is a single channel system or a multi-wavelength link, and whether the system operates in linear or non-linear region of the BER (or Q) curve. Other relevant factors are the dispersion management scheme employed, average power per channel, inter-amplifier spacing, dominant type of non-linearity, and polarization mode dispersion (PMD) characteristics of the link. The user with definitive OptSim license is encouraged to test various simulation scenarios based on these factors.