Different spectral components of the launched optical pulse travel within the fiber at slightly different group velocities. This spreads the pulse in the time domain producing the effect known as chromatic dispersion (CD). The following example illustrates the use of OptSim in studying dispersion compensation in a long-haul high-speed WDM system, and demonstrates how OptSim can help in understanding, evaluating and optimizing the chromatic dispersion compensation methods.

Dispersion management in single mode fiber links can be accomplished in many ways, though the most widely used approach employs lengths of transport fiber of opposite dispersion characteristics to the principal fiber in the link, usually standard singlemode fiber (SSMF). Typically a 10 to 20km length of dispersion compensating fiber (DCF) is placed before the regenerators inducing negative dispersion to compensate for the positive dispersion accumulated over the 60 to 80km length of the SMF. Although the total dispersion over the entire SMF-DCF span can be minimal, net dispersion at any point along the span is non-zero, which keeps the nonlinear mixing effects at minimum levels.

The figure below demonstrates the layout that has a total link-length of 600 km. Each 100-km span consists of 80 km of ITU-T G.652 SMF and 20 km of DCF. The total data rate of the 4-channel WDM link is 40 Gbps. The wavelength plan is a non-ITU-T grid with widely placed channels in order to illustrate clearly the distinct dispersion slopes for each wavelength. 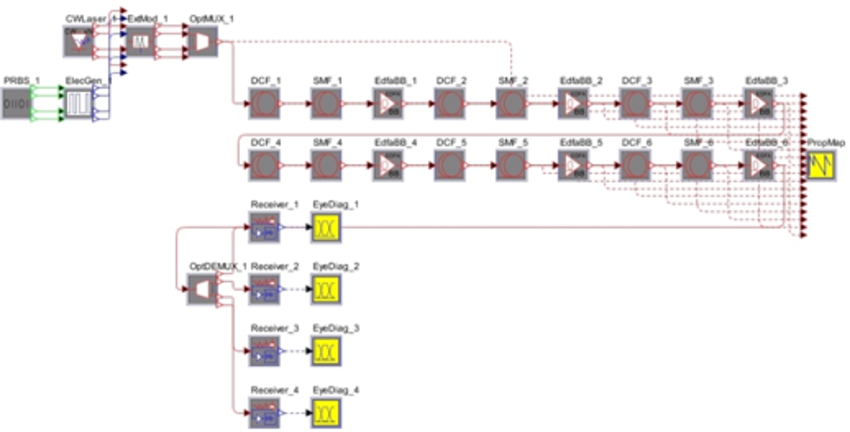 The following figure shows performance for an uncompensated (i.e., SMF span = 100km, and DCF span = 0km) link. The power map rises with the link length because the amplifier over-compensates for the attenuation at each span. Since there is no dispersion scheme employed, the accumulated dispersion for each wavelength produces a closed eye at the receiver even if the link is not power-limited. 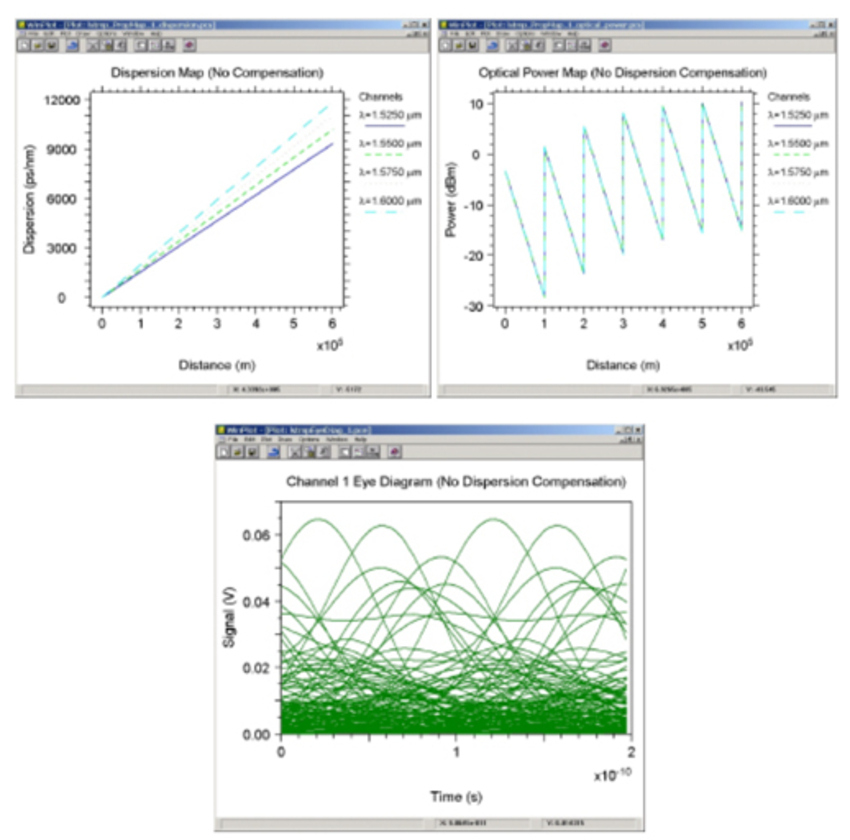 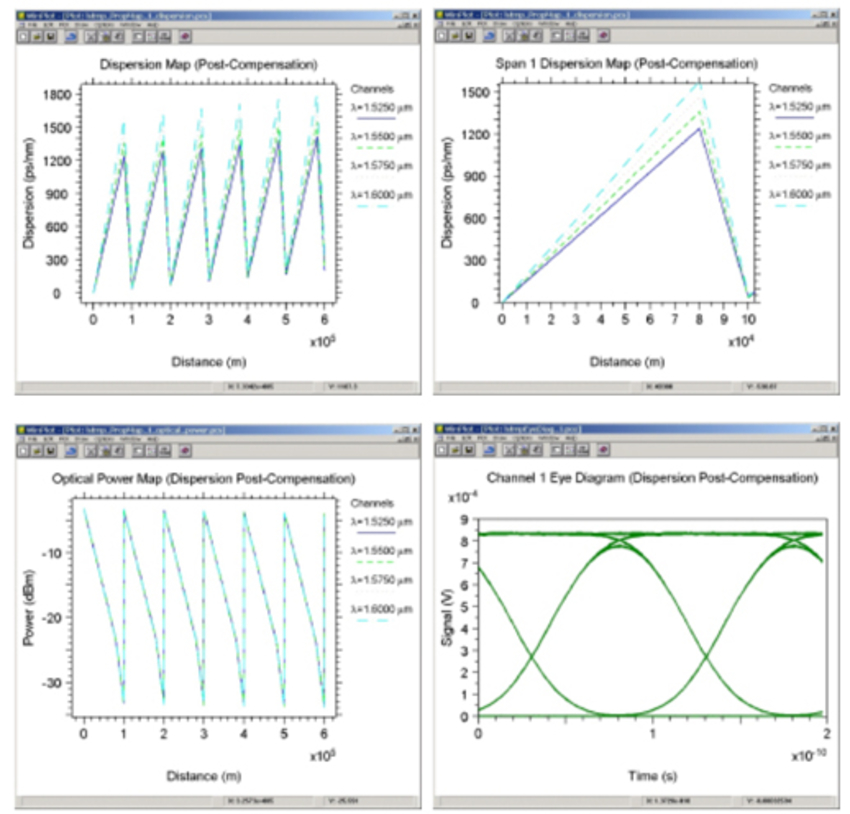 For the same layout, if we interchange the placements of DCF and SMF (i.e., DCF followed by SMF), the corresponding set of diagrams is shown in the following figure: 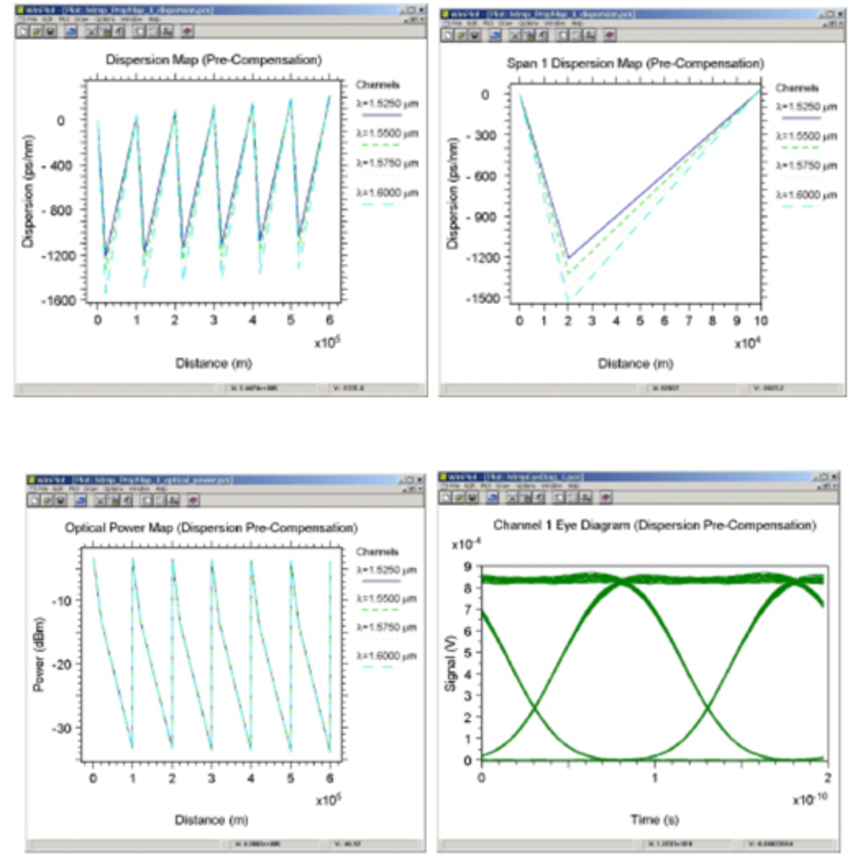