Upgrade Your SoC Design to USB4

USB4™ is a new standard of connectivity by the USB Implementers Forum (USB-IF). USB4 supports multiple high-speed interface protocols, including USB4, DisplayPort, PCI Express, and Thunderbolt 3 for efficient data transfer and simultaneous delivery of data, power, and high-resolution video through a single USB Type-C cable. USB4 offers up to 40Gbps, which is twice that of the preceding USB 3.2 Gen 2x2 standard. This article provides a brief overview of the new, complex USB4 standard, including the cables and connectors and System-on-Chip (SoC) building blocks. For more details on the standard, download Synopsys white paper, USB4: User Expectations Drive Design Complexity, or the USB4 specification from the USB-IF.

USB4 can use the same passive Type-C to Type-C cables as USB 3.2, but the cable lengths may differ. While USB 3.2 supports SuperSpeed 5 Gbps for up to 2m cable length, the same cable supports USB4 at 20 Gbps. USB 3.2 supports SuperSpeed 10 Gbps and SuperSpeed 20 Gbps for up to 1m cable, and a 1m cable also supports USB4 20 Gbps. Reducing the cable length to 0.8m enables USB4 40 Gbps support. Therefore, we expect that the USB 3.2 1m cables will be phased out and replaced with 0.8m cables using the new USB4 logo. These 0.8m cables will work for both USB 3.2 and USB4, in addition to DisplayPort Alternate Mode. 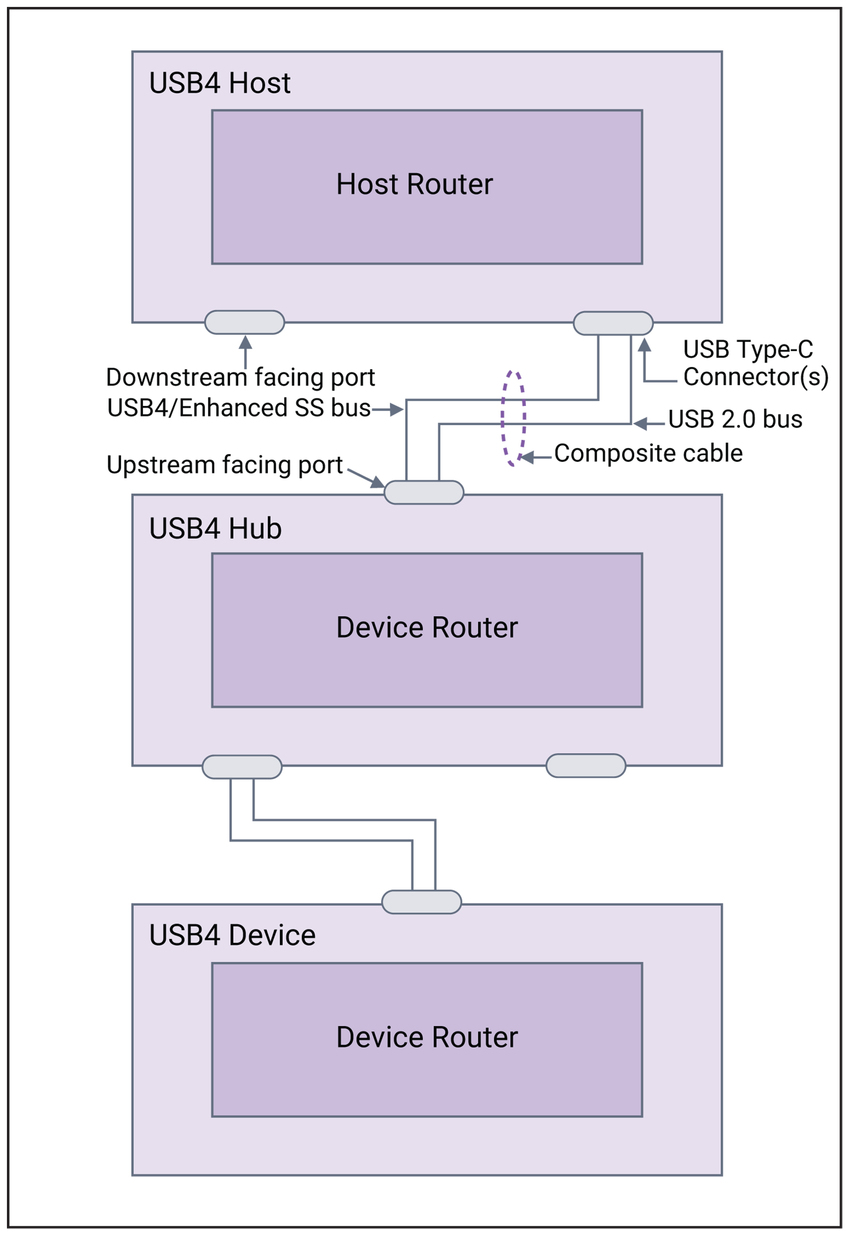 The descriptions of USB4 host, hub, dock and device show that many different building blocks are required to design USB4 products. Synopsys offers a wide range of DesignWare® IP that is required for designing USB4 products. 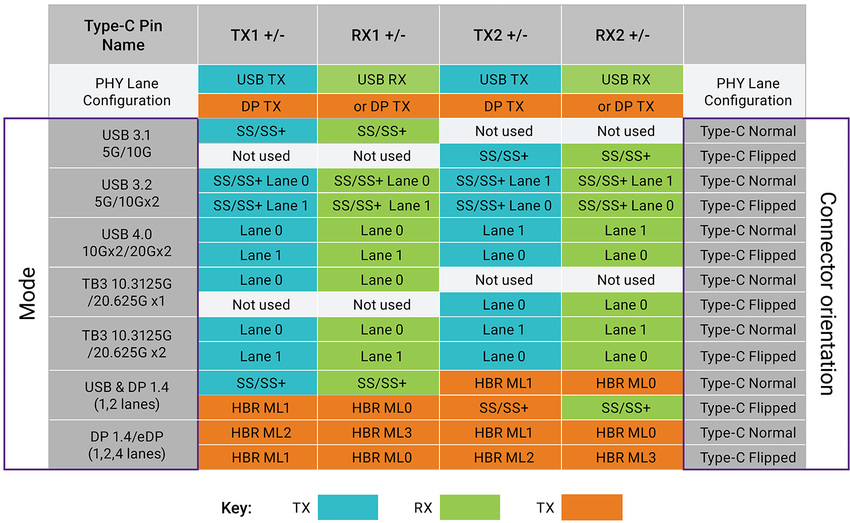 Support for DisplayPort 2.0 in USB4 PHYs

Synopsys offers DesignWare® USB4 Device Router IP, initially targeting (Artificial Intelligence) AI accelerators for edge and mass storage applications. How each AI accelerator functions with associated local compute and memory is dependent on the specific implementation, but one possible example is shown in Figure 3. In USB4 mode, this AI accelerator uses USB4 to connect to a PCIe 4.0 embedded endpoint using tunneled PCIe. This mode enables the AI accelerator to take advantage of a low latency direct memory access (DMA) connection to the host system memory. In USB 3.x mode, this AI accelerator connects to the USB host using either legacy USB streaming (isochronous) or bulk traffic. Figure 3 also shows a customized USB4 PHY that supports PCIe 4.0. Integrating a customized USB4 PHY allows the AI accelerator to be mounted on a PCB in an embedded host or mounted on a PCIe expansion card.

USB4 complexity is driven by user expectations, and consumers will expect USB4 products to support USB, Thunderbolt, and DisplayPort operating modes and products that exist today. Well-designed USB4 products will also support future products, if designed to existing specifications. Only the future will show if the USB4 specification as published in 2019 is the last USB specification, if there will be a USB4 speed bump, and/or if designers will have to confront USB5 sometime in the future. Regardless, USB4 product designs that meet user expectations that “USB just works” will make USB4 a success.

As a major contributor to USB technology and standards, Synopsys employees have contributed to almost every published USB standard. Synopsys is the world’s most preferred and most widely used supplier of USB IP for all USB standards, from USB 1.1 to USB4. Contact Synopsys for further information on how we can help your next design support the latest USB4 specification, or kickstart projects that need PCIe, USB, and/or DisplayPort with HDCP IP support.