In a smart phone, the eMMC or UFS - is divided into two partitions:

Figure 1 shows the partitioning of a 32 gigabyte (GB) internal memory, out of which 25.23 GB is available for device storage and the remaining for storing the operating system (OS). 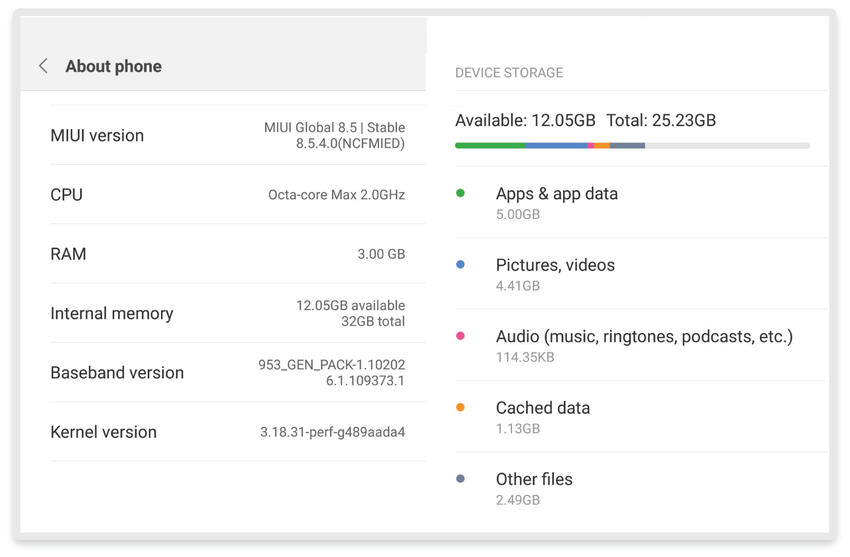 Figure 1: Android device’s internal storage partition shows that the majority of space is used for personal data that should be kept secure

Since much of the internal mobile storage device is used to store user data, which can be personal and sensitive, security like encryption becomes one of the most required features. This article describes how the eMMC or UFS host controller inline encryption function performs security tasks in Android-based applications.

Encryption is a process for encoding data so it is only accessible by authorized users. According to the book Introduction to Cryptography  by Barry K. Shelton, “Encryption algorithms or ciphers are mathematical formulas or functions applied to data to transform the unprotected information [i.e., plaintext or  cleartext] into an unrecognizable format commonly referred to as ciphertext. There are generally two inputs to an encryption algorithm: a key and the plaintext itself.  A key is simply a number with a predetermined length. Ideally, each key is truly random meaning that any possible key combination is equally likely and that keys are not generated in a predictable fashion. A strong algorithm and key combination should take at least millions of years to break, based on mathematical predictions.”

Today, breaches into our private data are occurring more than ever, forcing OS developers to adopt cryptographic methods to support data storage encryption such as file-based encryption and full-disk encryption. 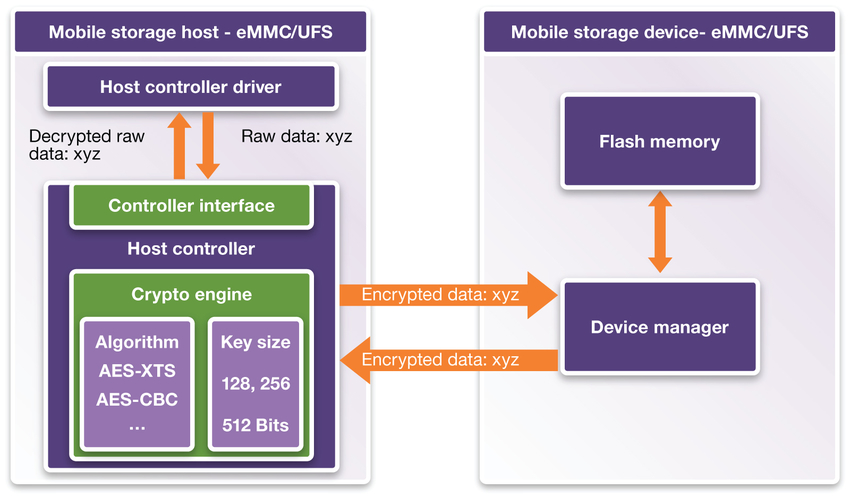 Upon boot, the user must provide their credentials before any part of the disk is accessible. While this is great for security, it also means most of the core functionality of the phone is unavailable until the user provides their credentials. Because access to user data is protected behind the user credentials, features like alarms, accessibility services and phone service are unavailable. Full-disk encryption uses Advanced Encryption Standard-Cipher Block Chaining (AES-CBC) for encrypting the primary key and AES-CBC-ESSIV (Encrypted Salt-Sector Initialization Vector) for encrypting the data.

Android 7.0 and above supports another cryptographic method called file-based encryption, which encrypts different files with different keys that can be unlocked independently. Devices that support file-based encryption can also support a new feature called direct boot, allowing encrypted devices to boot straight to the lock screen without asking for user credentials, thus enabling quick access to core device functionality such as accessibility services and alarms.

In a device using file-based encryption, each user has two available storage locations:

Direct boot-aware applications can access DE storage but can only access CE storage after the user has unlocked the device by providing their credentials. With file-based encryption, applications like alarms and phone services can still operate within a limited context even before the user provides the device password. In file-based encryption mode, the file contents are encrypted using AES-XTS, while file names are encrypted using the AES-CBC-CTS (ciphertext stealing) mode.

For Android, the keys protecting CE and DE storage locations must be unique and distinct, and cryptographically bound to a hardware-backed keystore in the trusted execution environment.

Security is of paramount importance because of the increase in hacking and consumers' use of memory partitions to secure private data in their mobile devices. While operating systems like Android provide software encryption, standard organizations like JEDEC provide encryption and decryption engines inside the host controllers to address security-related tasks. By encrypting data with hardware inline encryption, users of the JEDEC eMMC and UFS standards achieve better system performance. Compliant with the latest JEDEC standards, Synopsys DesignWare Mobile Storage IP solutions include a built-in advanced encryption standard (AES) hardware engine to carry out a variety of cryptographic operations targeting the Android ecosystem.