Notwithstanding the introduction of multicore subsystems, huge amounts of sequential, single-threaded application code are available and continue to be developed in the C language. Manually transforming such C code into parallel multithreaded software for a multicore subsystem is error-prone and requires costly and time-consuming verification. Furthermore, the multicore subsystem’s performance will depend on the capabilities of the communication fabric between the different processor cores. 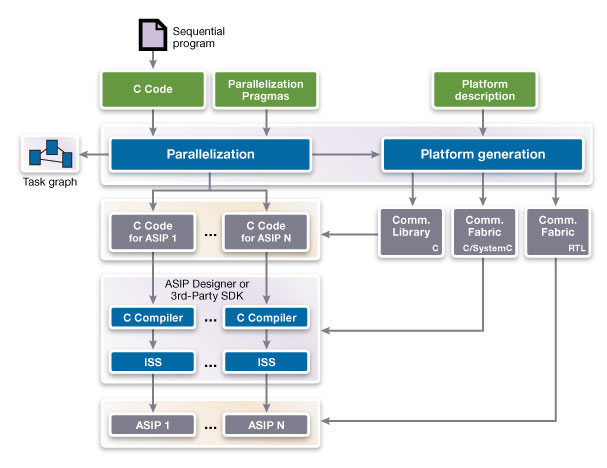