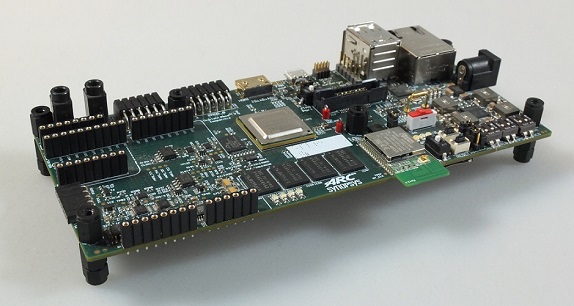 The kits are supported with an extensive range of open source software from bare metal drivers and RTOSes to complete Linux distributions. The Linux distributions can be built with Buildroot and Yocto. The embARC Open Software Platform (OSP) supports the ARC HS Development Kit and includes drivers, FreeRTOS and middleware targeted at IoT and general embedded applications. Toolchain support is provided by the GNU Toolchain for ARC Processors and the MetaWare Development Toolkit. All the open source software is available from the embARC.org web site. The MetaWare Development Toolkit is a commercial tool available from Synopsys.

For debugging and trace, JTAG debug probes can be connected via one of the two debug headers. It is also possible to use a standard USB cable for debugging. In addition, The ARC HSDK supports ARC Real-Time Trace (RTT) and the ARC HSDK4x/4xD supports ARC Trace.