The IoT within us: Network-connected medical devices

The Internet of Things is now inside us. But network-connected medical devices are troubling, considering the history of medical device vulnerabilities.

The Internet of Things is all around us. But it doesn’t stop there—now it’s inside us too. As the era of “connected everything” explodes, so does the use of network-connected medical devices. These interconnected devices, ranging from hospital imaging equipment to implantable pacemakers to infusion pumps, help healthcare providers and patients in a variety of tasks—monitoring vitals, regulating dosages, improving diagnostics, and more. But the convenience of this functionality comes with a trade-off: vulnerability. If attackers gain access to a connected medical device, the potential consequences include severe injury and even death. Consider this:

How secure are your network-connected medical devices?

Given these statistics, it isn’t surprising that among medical device manufacturers, two-thirds believe an attack on a medical device they built is likely within the next year. But only 17% have taken significant steps to prevent an attack. Making matters worse, less than half of manufacturers—and only 22% of healthcare delivery organizations—have a device incident response plan in place.

Thankfully, reports of device hacks are still rare, and there have been no deaths. It seems that so far, the benefits outweigh the risks. And the FDA’s adoption of UL 2900-2-1 as a premarket certification standard is a step in the right direction. But the number of vulnerabilities identified—and recalls and updates issued—is increasing steadily. Check out the timeline below to learn more about the history of security vulnerabilities in medical devices.

1976 Medical devices come under the regulatory authority of the FDA.

2005 The FDA issues its first guidance for industry on connected medical devices.

2008 Researchers hack a software radio-controlled defibrillator over a very short distance, making it send potentially fatal jolts of electricity and shutting it down.

2009 The Department of Veterans Affairs starts tracking medical devices infected with malware. By June 2016, it will have found 181 infections.

Oct. 2014 The FDA issues premarket submission guidance for manufacturers to consider cyber security risk during the design and development of medical devices.

May 2015 The FDA warns users of Hospira’s LifeCare PCA3 and PCA5 Infusion Pump Systems that an attacker could access the systems remotely and interfere with their functioning.

July 2015 The FDA advises facilities to stop using Hospira’s Symbiq Infusion System after researchers show an attacker could access it remotely through a facility’s network.

Oct. 2016 Johnson & Johnson warns more than 100,000 patients that their insulin pumps could be hacked to overdose them.

Jan. 2017 The FDA informs providers and users that St. Jude Medical will automatically patch its Merlin@home Transmitter, which contains vulnerabilities an attacker could exploit to tamper with patients’ implantable cardiac devices.

May 2017 During the worldwide WannaCry ransomware attack, the malware infects a Bayer Medrad power injector (radiological imaging equipment) in use in a U.S. hospital.

April–June 2018 There are 360 medical device recalls. Average recall size returns to normal, but software issues remain the top cause (22.8%), now for more than two years running.

This post is filed under Security news and research.
Julian Alvarado
Posted by 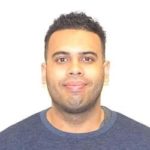 Julian Alvarado is a digital marketing professional with five years of experience developing, editing, and managing online content. Mr. Alvarado is passionate about storytelling and has transferred that passion to content marketing after completing his undergraduate and graduate degree in the biological sciences. While some may find this transition curious, Mr. Alvarado has been able to leverage his analytical mode of thinking and attention to detail to examine trends in customer behavior, creating data-driven content that captures the attention of any given audience.