« Previous: Building security into IoT…
Next: International Women’s Day and… »

The differences between SAST and DAST include where they run in the development cycle and what kinds of vulnerabilities they find. Learn why you need both.

Recent high-profile data breaches have made organizations more concerned about the financial and business consequences of having their data stolen. They know they need to identify vulnerabilities in their applications and mitigate the risks. So they’re adding application security testing, including SAST and DAST, to their software development workflows.

What are SAST and DAST?

What’s the difference between SAST and DAST?

Many organizations wonder about the pros and cons of choosing SAST vs. DAST. But SAST and DAST are different testing approaches with different benefits. They find different types of vulnerabilities, and they’re most effective in different phases of the software development life cycle. SAST should be performed early and often against all files containing source code. DAST should be performed on a running application in an environment similar to production. So the best approach is to include both SAST and DAST in your application security testing program.

See a comprehensive list of the differences between SAST and DAST below: 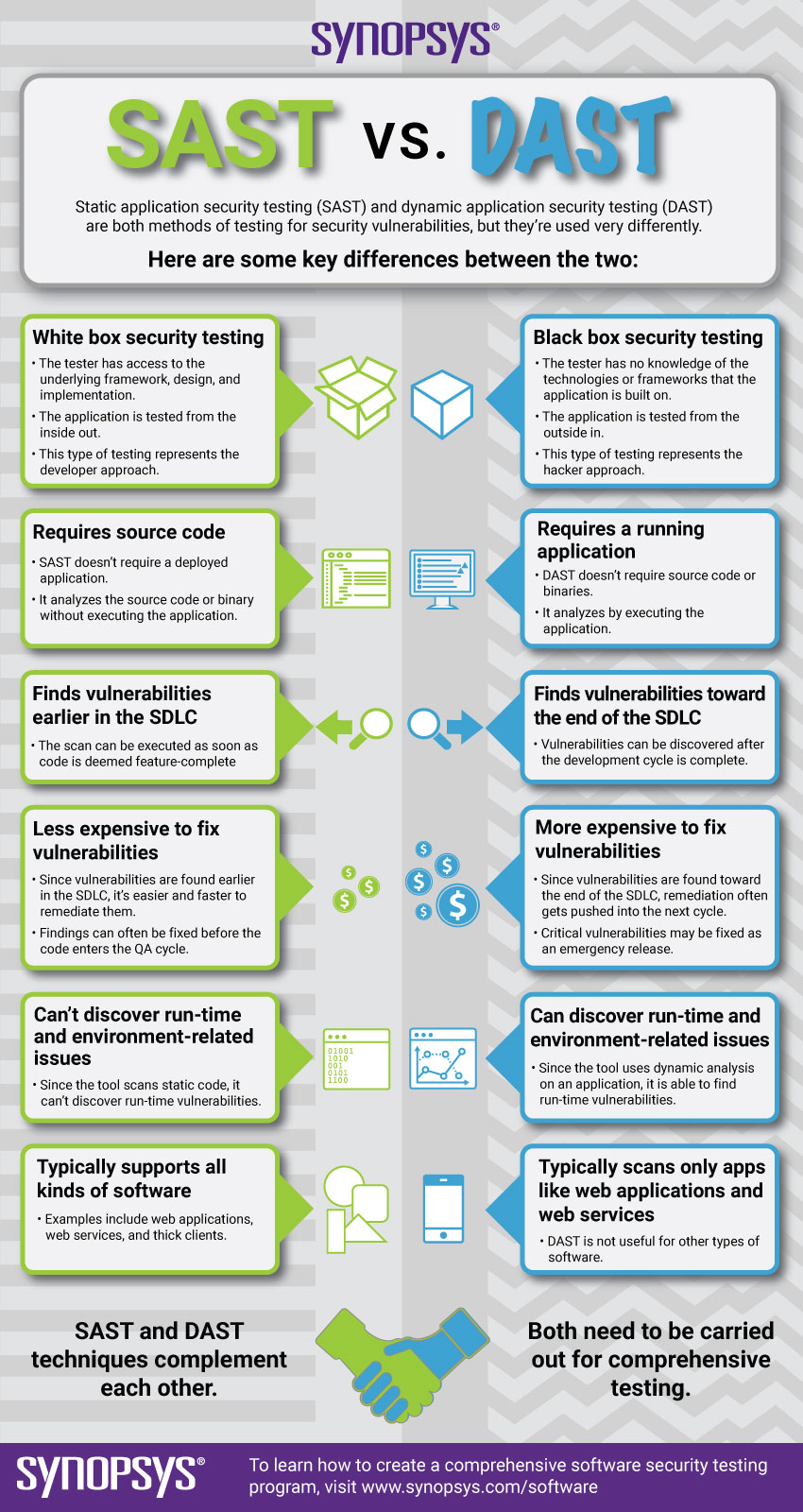 SAST and DAST techniques complement each other. Both need to be carried out for comprehensive testing.

This post is filed under Building secure software.
Apoorva Phadke
Posted by 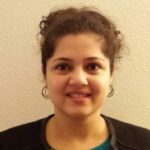 Apoorva Phadke is a senior security consultant at Synopsys. She works with customers to adopt secure development processes and practices. Apoorva comes from a development background and advocates that security and development go hand in hand. A feminist, Apoorva strongly believes more women should enter STEM-related fields, and organizations should do more to retain them in those fields. In her down time, she’s most likely out hiking or engrossed in a murder mystery novel.