« Previous: 3 ways to improve your software…
Next: Ask the Experts: How can we help… »

Ghostcat (CVE-2020-1938) is an Apache Tomcat vulnerability that allows remote code execution in some circumstances. Here’s how to find and mitigate it.

What is the Ghostcat vulnerability?

Ghostcat is a vulnerability found in Apache Tomcat versions 6.x, 7.x, 8.x, and 9.x that allows remote code execution in some circumstances. Apache Tomcat includes the AJP connector, which is enabled by default and listens on all addresses on port 8009. This connection is treated with more trust than a connection such as HTTP, allowing an attacker to exploit it to perform actions that are not intended for an untrusted user.

Remote code execution is not possible by default. If an application running on an affected version of Tomcat contains a file upload vulnerability, an attacker can exploit it in combination with Ghostcat to achieve remote code execution. However, the attacker must be able to save the uploaded files to the document root and to reach the AJP port directly from outside the target’s network.

What makes Ghostcat a severe vulnerability?

Ghostcat also affects the default configuration of Tomcat, and many servers may be vulnerable to attacks directly from the internet. Apache Tomcat’s AJP connector is enabled by default on all Tomcat servers and listens on the server’s port 8009.

The availability of public exploits makes it easy for malicious actors to launch attacks:

Is there a workaround for Ghostcat?

The Black Duck Security Advisory for the Ghostcat vulnerability suggests the following workaround:

The AJP connector service can be disabled by commenting out or removing the appropriate line from the $CATALINA_HOME/conf/server.xml file and restarting Tomcat.

If an upgrade is not possible, the requiredSecret attribute can be configured to set AJP protocol authentication credentials like so:

How do I find Ghostcat and other vulnerabilities in my applications?

The best way to know what’s in your code is with software composition analysis (SCA). SCA tools scan an application to create a software bill of materials, or an inventory of all the open source components in the application. Black Duck, our SCA solution, relies on several scanning techniques, including signature matching, package manager inspection, and snippet matching, across different types of applications, such as web apps, mobile apps, thin clients, thick clients, Docker containers, and binary files. For each component, Black Duck also provides security vulnerability information, as well as public exploits, workarounds, solutions, version upgrade advisories, and detailed vulnerability explanations.

How often should I rescan my applications to find new vulnerabilities?

Black Duck’s enhanced vulnerability reports include information from both the NVD security feed and Black Duck Security Advisories, our own proprietary security feed from the Cybersecurity Research Center (CyRC). The best part is that you don’t need to keep rescanning your applications to uncover new vulnerabilities. When we update the Black Duck KnowledgeBase™ (which we do every hour), any new vulnerability information related to the open source components in your applications is pushed to you in the form of new notifications. You can drill down to the exact open source component that contains a vulnerability and apply a fix.

In short, Black Duck software composition analysis keeps development teams and security teams up to date with any new vulnerabilities that affect the open source components in their applications.

This post is filed under Security news and research.
Tanay Sethi
Posted by 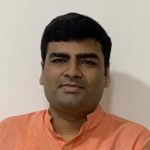