What Is Ethical Hacking and How Does It Work? | Synopsys

Ethical hacking involves an authorized attempt to gain unauthorized access to a computer system, application, or data. Carrying out an ethical hack involves duplicating strategies and actions of malicious attackers. This practice helps to identify security vulnerabilities which can then be resolved before a malicious attacker has the opportunity to exploit them.

What is an ethical hacker?

Also known as “white hats,” ethical hackers are security experts that perform these security assessments. The proactive work they do helps to improve an organization’s security posture. With prior approval from the organization or owner of the IT asset, the mission of ethical hacking is opposite from malicious hacking.

This guide details the benefits of pen testing, what to look for in a pen testing solution, and questions to ask potential vendors. 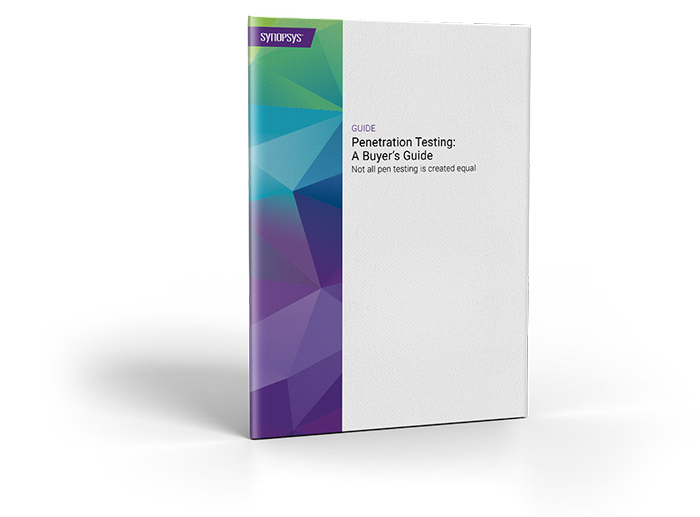 What are the key concepts of ethical hacking?

How are ethical hackers different than malicious hackers?

Ethical hackers use their knowledge to secure and improve the technology of organizations. They provide an essential service to these organizations by looking for vulnerabilities that can lead to a security breach.

Malicious hackers intend to gain unauthorized access to a resource (the more sensitive the better) for financial gain or personal recognition. Some malicious hackers deface websites or crash backend servers for fun, reputation damage, or to cause financial loss. The methods used and vulnerabilities found remain unreported. They aren’t concerned with improving the organizations security posture.

What skills and certifications should an ethical hacker obtain?

An ethical hacker should have a wide range of computer skills. They often specialize, becoming subject matter experts (SME) on a particular area within the ethical hacking domain.

All ethical hackers should have:

Some of the most well-known and acquired certifications include:

What problems does hacking identify?

While assessing the security of an organization’s IT asset(s), ethical hacking aims to mimic an attacker. In doing so, they look for attack vectors against the target. The initial goal is to perform reconnaissance, gaining as much information as possible.

Once the ethical hacker gathers enough information, they use it to look for vulnerabilities against the asset. They perform this assessment with a combination of automated and manual testing. Even sophisticated systems may have complex countermeasure technologies which may be vulnerable.

They don’t stop at uncovering vulnerabilities. Ethical hackers use exploits against the vulnerabilities to prove how a malicious attacker could exploit it.

Some of the most common vulnerabilities discovered by ethical hackers include:

After the testing period, ethical hackers prepare a detailed report. This documentation includes steps to compromise the discovered vulnerabilities and steps to patch or mitigate them.

What are some limitations of ethical hacking?

Reduce your risk of a breach by identifying and exploiting business-critical vulnerabilities with on-demand penetration testing expertise.

The 10 most common web application vulnerabilities