The Necessities of a Security Practitioner with Dan Geer

In this episode of the Silver Bullet Security Podcast, Gary chats with Dan Geer, Chief Scientist at Verdasys. Dan has a Ph.D. in biostatistics from Harvard. He and Gary discuss the need to understand both technology and business in order to be a good security practitioner, Dan’s paper Cyber Insecurity, his work on Project Athena, and livestock.

Gary McGraw: Your paper, “Cyber Insecurity: The Cost of Monopoly”, caused a seemingly well-orchestrated splash. Did you accomplish what you wanted to with that paper?

What isn’t accepted all around is how you should negotiate the tradeoff. To have everything alike on the grounds that it’s easy to manage allows you to harden systems. But my personal belief is that the word “harden” in this case means “harden” as in brittle. Versus harden in the sense of tough, which I think you get from diversity. In the academic world, there are people who look at how to manufacture artificial diversity out of what is otherwise, shall we say, a
field of cloned computers.

McGraw: Do you think that market pressures tend to enforce or erode diversity?

Geer: I think they tend to erode diversity when we’re talking about a commodity. How many companies are there that make PVC pipe, for example? The answer is a very small number. On the other hand, when what we’re talking about is not a commodity, I don’t think the market actually enforces monoculture. I think it’s the other way around. So one could say, to pick on Microsoft, that their great trick was somehow or other to make their operating system appreciated as a commodity and at the same time, escape the commodity pricing pressures that ordinarily go with that.

McGraw: Do you think that the open-source movement is in some sense correcting the market? Is such correction an emergent phenomenon that is destined to occur?

Geer: Yes, I think that it’s destined to occur, and it’s not going away. If anything, the pressure on interoperability,
in particular, supports the open-source and open standard side. For those of us present at the start of the Internet and at the beginning of the Internet Engineering Task Force [IETF], the only thing we ever really wanted was interoperability. Ultimately, that very pressure—the “do the things at least talk to each other?” pressure—counteracts the monoculture pressure quite a lot. If we were to standardize—in the sort of physical, operational sense, not in
the sense of the formal written standards—how things talk to each other, it doesn’t matter what’s at the other end. Furthermore, there are lots of suppliers who are much better off in a standardized situation than if the only way you can get two things to talk to each other is to buy them both from the same guy.

McGraw: Since we’ve already hopped into the way-back machine, I want to ask you about Project Athena [the MIT project referred to earlier]. How did that work influence your thinking about computer security?

Geer: Well, the wonderful thing about having been on Project Athena—besides the fact we were early enough that we could have all sorts of problems without someone else overtaking us from behind just because we were having them—was, because it was at MIT (our student body being what it was), if I wanted to test something, I could merely announce that it was impregnable, and testers would come out of the woodwork whether I wanted or not. People would show up—

McGraw: That happened to Larry [Ellison, Oracle’s cofounder], too, when he said Oracle was unbreakable.

Geer: I don’t think he was planning it as much as we were. We were doing it cold-heartedly.

McGraw: See, you did it first!

Geer: Yes, we did it first. But what it did was to influence me on the idea that obscurity doesn’t help. For example,
we literally published the root password to all of our desktops to discourage people from thinking it was a challenge to break into them.

The password was worthless—“Mr. Root.” And it was roughly like if you’ve ever bought a small piece of consumer electronics, like a hairdryer, and it says right next to the Phillips head screws, “No user serviceable parts inside.” That’s all we were trying to do, “Yeah, you can break this thing open. It won’t do you any good, because you can just type the password. Help yourself.”

Instead, we put effort into recovery from whatever people did to the machines. There’s a bank in New York—I can’t name them, unfortunately, but I suspect they’re not alone because the banks all copy each other—and they have decided that, from this point forward, none of their investment security will be around making failure less likely. All of it, instead, will be around making failure less meaningful. They, in other words, are going for mean time to repair
equals zero rather than mean time between failure equals infinity.

McGraw: That reminds me of how we approach bank robbery today. Instead of trying to stop people from robbing the bank, we want to make sure that we catch them as soon as they do.

Geer: Sure, you give them a dye pack.

McGraw: Which is an interesting tactic. I suppose that it works somewhat.

McGraw: And we should be looking at both.

Geer: If you only handle one of them, you’re missing the point. You’re spending more money or you’re underprotecting. Those are your choices.

McGraw: Recently, you’ve turned your attention to data security. I wanted to know why you think that’s the next big thing.

Geer: Well, I can’t be certain it’s the next best thing, but like anybody else, I make bets from time to time. The bet here is based on two things: one, I think that corporate information is becoming more valuable, relatively speaking, than other things. Grace Hopper, for heaven’s sakes—now we’re talking 35 years ago, 40 years ago—said, “Someday, corporate balance sheets will list information because it is more valuable than the machines that contain it.” I think that “someday” is now. If I steal a laptop out of your car, there is no company in the country that will be harmed by the cost of a stolen laptop. But there are an awful lot of companies, and you can read this in the newspaper everyday, that are harmed by the—“hmm, now, what was on that laptop again?” problem.

McGraw: Right, the example du jour is the VA [Veterans Administration], which lost millions of identities when
a laptop was stolen in May 2006.

Geer: There’s no shortage of proof that the value of information is rising faster than the value of the things wrapped around it—whether it’s computers or companies or whatever.

McGraw: I think you once mentioned some striking figure about the growth of data over time.

Geer: That was the other thing I was going to say, actually. Don’t get me wrong about this—this is a back-ofthe-
envelope rough estimation—but if you look at Moore’s law, information has been doubling every 18 months. And horsepower per dollar, some say it’s slowing down and some say it’s not, but let’s suppose it stays constant. That’s an
18-month doubling in what you get for a dollar. Storage prices are doubling for what you get for a dollar faster than that—like every 12 months. And bandwidth prices, in the laboratory—not necessarily what you can buy from Verizon, but laboratory, anyway—are doublingevery nine months or so.

If you get 18, 12, and 9 for doubling times, and you carry it 8, 10 years in advance, you do get two orders of magnitude for CPU power. But you get three for storage, and you get four for bandwidth. This tells me that there’s no doubt the future is more data rich in terms of volume, and yet, despite that volume growth, these data are more in
motion.

McGraw: That worries me a little bit because we already have trouble describing policy for data just sitting around. We’re producing more and more in that sort of awful grid of access control stuff—our good old Bell and LaPadula model from 1973 just isn’t going to work.

Geer: Look at the wonderful Web site that Hal Varian put together called, “How much Information 2003”
[www2.sims.berkeley.edu/research/projects/how-much-info-2003/]. It hasn’t been updated in three years because
Hal is now, I think, chief economist for Google. But, in any case, at that point, the estimate was total information
produced per person on the planet—and we’re, of course, including a great number of people who live on a dollar a day—is 800 megabytes. If I’m right about doubling times, it’s way above that now. That’s an awful lot of information.

If I wanted to do something mean, if my job were to go cause some havoc, well, I’d write a little something or other that took Excel spreadsheets and fiddled a small number of the numbers in them by a little bit, all the time, forever, and passed it along to the next guy. Just a little bit here and there. Bit rot, if you want to call it that.

Geer: Now, you tell me how long before, instead of 5,000 copies of the budget, you have 5,000 things—each of which is an approximation of an original file you no longer have—what will that do to you?

Geer: I think, in other words, back to the point about why I am working on data security. I’m betting that the other problems (which are by no means solved) pale in comparison to the theft, misappropriation, poisoning, whatever term you want to use, around data, because our acquisition, retention, and processing of data continue to rise in amazing ways. When you really think about it historically, what other products doubled in their price performance every 18 months, much less 12 or nine? Nothing except computing. So let’s assume for the moment that all of that value is now just as much at risk tomorrow as it is today. Just multiply this risk factor by the volume alone.

McGraw: One last question. You and I are probably the only two computer security guys who raise hogs. How many do you have going now?

Geer: At this very moment, none, because the smokehouse is full. 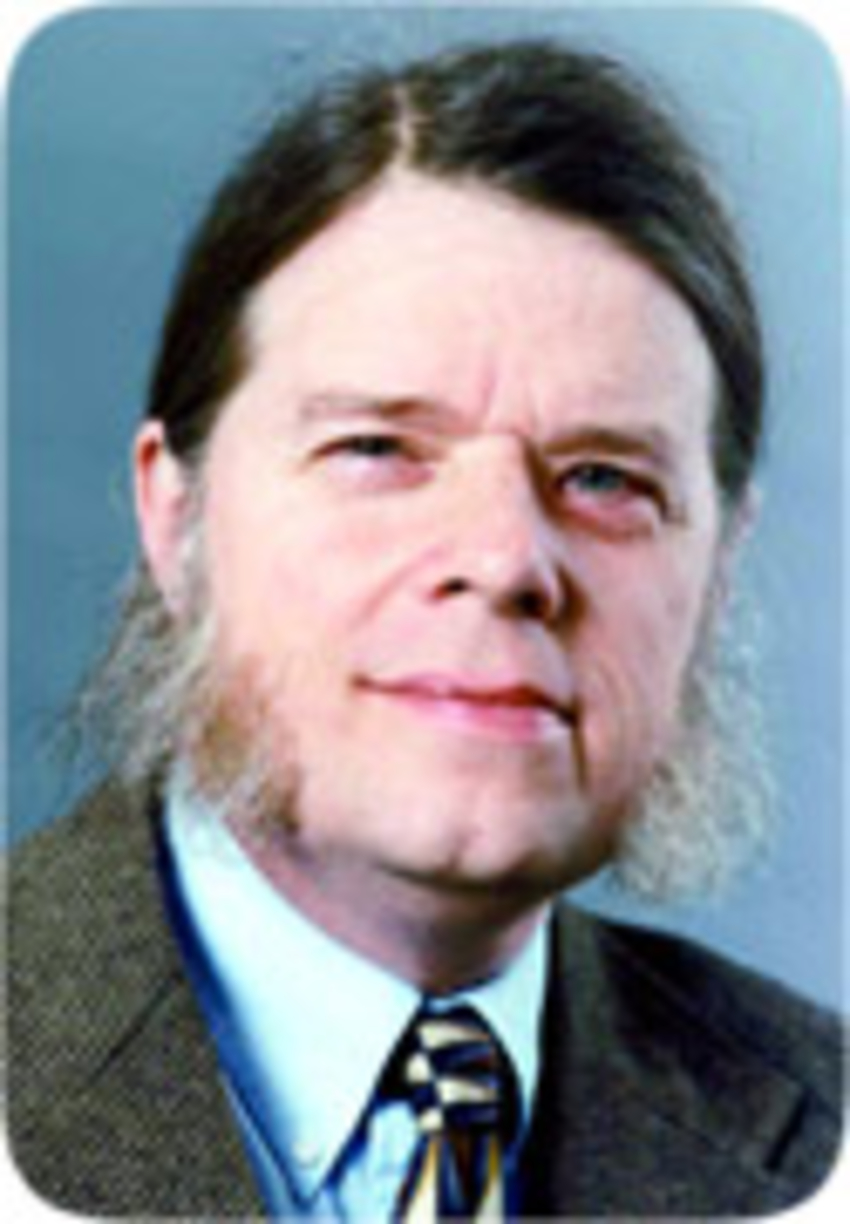