Posted on 6 August 2015 by Jessica James

A major new archaeological discovery has been made in the Jamestown colony in Virginia, where the remains of some of the earliest English settlers have been identified. Simpleware ScanIP was used to help reveal mysterious artefacts sealed in a silver box involving MicroCT scanning, image processing and 3D printing technologies.

The 17th century site of the first English colony in what became the United States of America, Jamestown, has been the subject of a long-term archaeological project by the Jamestown Rediscovery team, who have also worked with the Smithsonian National Museum of Natural History to explore the site. The archaeologists have been working on the original settlement site since 1994, and have made many important discoveries about its development, including in recent years the foundations of the settlement’s original church where Pocahontas and John Rolfe married.

Within the church’s foundations they discovered four graves belonging to some of the colony’s earliest settlers, as well as a mysterious and fragile silver box on the coffin of one of the settlers. The project has worked with the Smithsonian and other partners to forensically analyse the remains and determine their identities. Unable to open the 400-year-old box without causing damage, the Jamestown team, following initial scanning of the box at the FBI Laboratory, were pointed to Micro Photonics to obtain higher-resolution 3D scans of the artefact.

Micro Photonics used a Bruker SkyScan 1173 micro-CT scanner to non-destructively view the inside of the box. They discovered several objects, including metal pieces and bone fragments that suggest it was a religious reliquary. Higher resolution micro-CT scans were then carried out at the Cornell Imaging Facility (Cornell University Institute of Biotechnology) to get a closer look at the objects.

Micro-CT data was imported into Simpleware ScanIP by Micro Photonics to enhance and segment the bone fragments, resulting in high-quality 3D images that could be further processed in Bruker CTVox software – the images were animated to better view the shape and texture of the fragments. STL files of the fragments were generated and imported to a Stratasys Object 3D printer to create full-size replicas that were painted by the Jamestown team to make them more realistic. 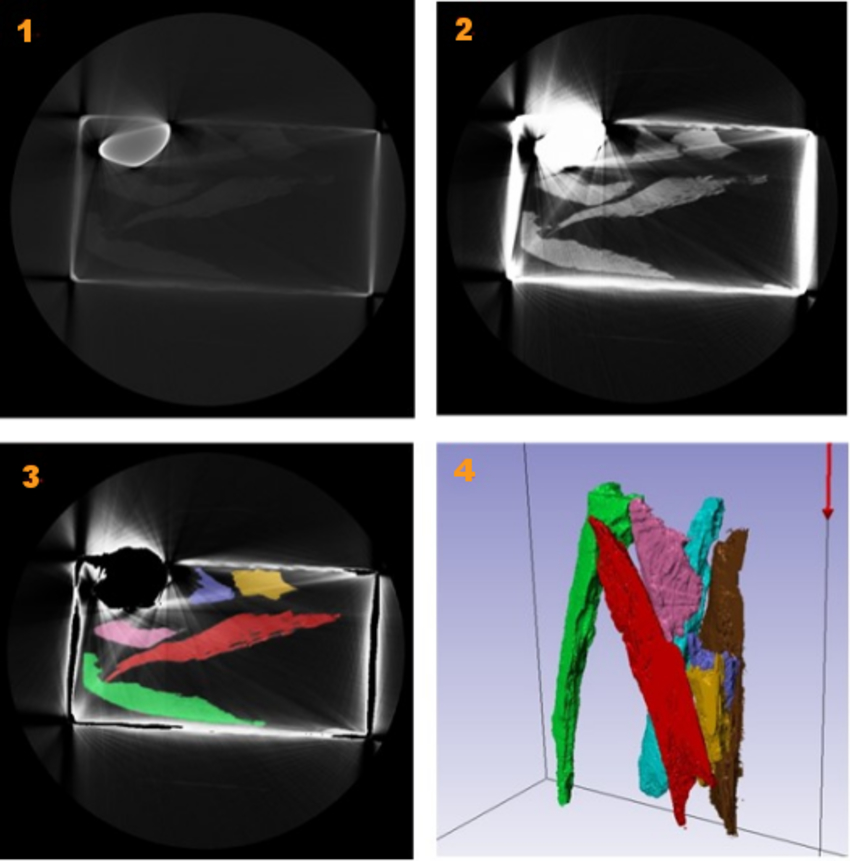 The 3D models and printed artefacts offer a valuable tool for ongoing research into the Jamestown colony, which includes the Smithsonian providing access to 3D data from the burial sites. The Jamestown Rediscovery project demonstrates the potential of 3D imaging, visualisation and printing technologies to provide new insights into archaeological sites, particularly for studying artefacts that would previously have been too fragile to work with.