We are pleased to announce that LightTools 8.4 RC is now available. This release features the following major enhancements, along with other improvements:

The LightTools 8.4 RC is a fully-tested early version that we are making available to customers who would like to begin using its new capabilities now. If you encounter any issues with this release candidate, we encourage you to report them to ora_support@synopsys.com. Critical issues discovered during the release candidate period will be addressed in the final version of LightTools 8.4, scheduled to be released in a few months.

In addition to forward and backward simulations available in previous releases, LightTools now also provides a hybrid simulation option specifically designed to deliver efficiency improvements for models with predominately scattering surfaces. To benefit from this new feature, models must exhibit specific characteristics; for a description of these characteristics, see the LightTools 8.4 Release Notes.

Ray trace efficiency for models that can benefit from a hybrid simulation can be significant. For example, running all three simulation types to perform a spatial luminance analysis on a test model produced the following results. [Tested on an Intel Xeon HP computer with 12 cores (6 core for each CPU) and 12 GB of RAM.] 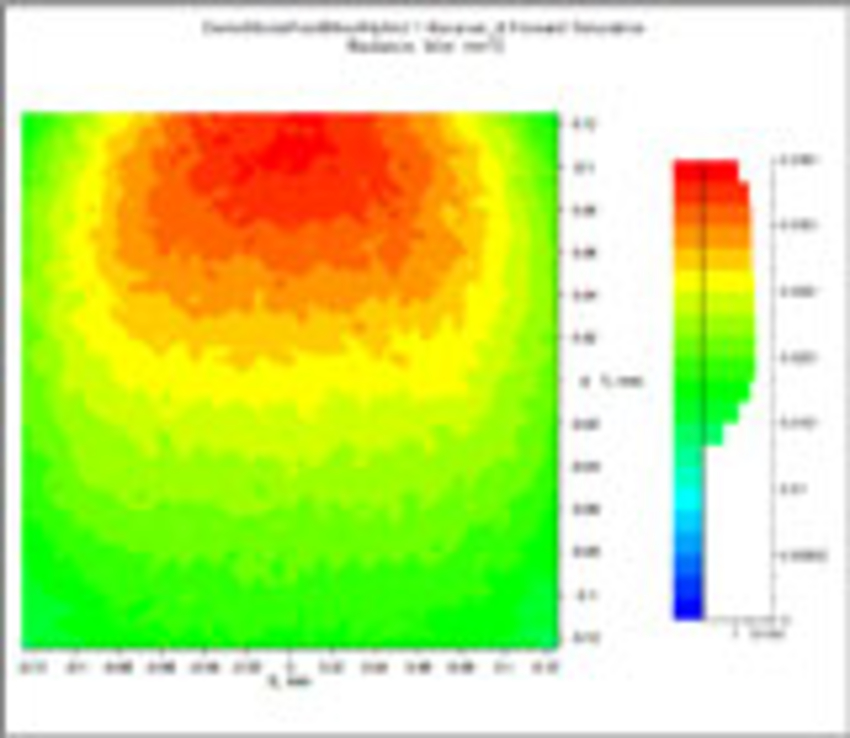 2B Rays Traced in 48 Minutes 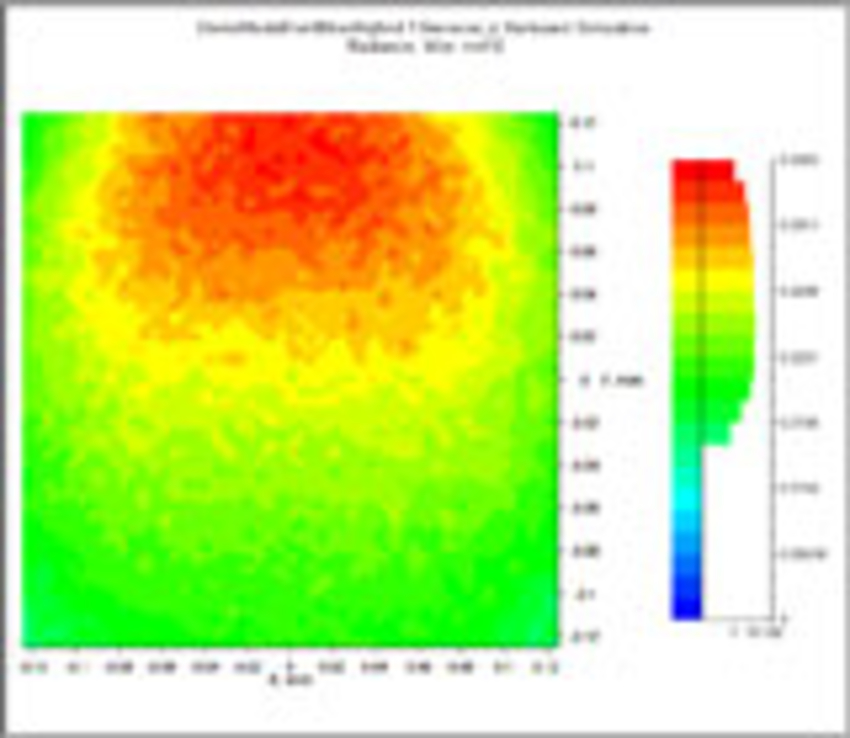 2B Rays Traced in 35 Minutes 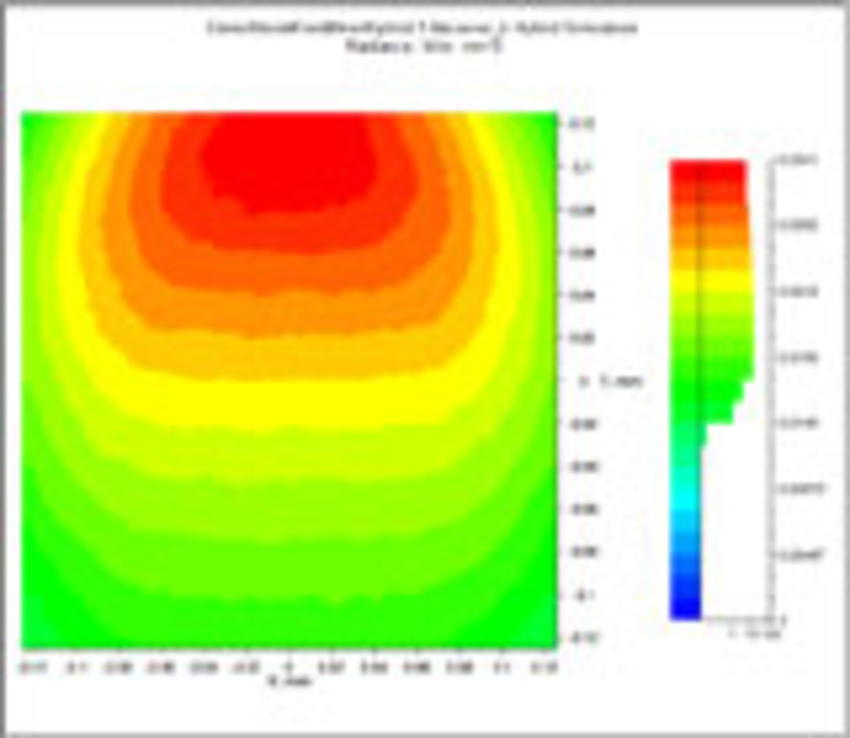 Hybrid simulations are useful for evaluating the illuminance and luminance on diffuse surfaces like luminaire and dashboard panels. 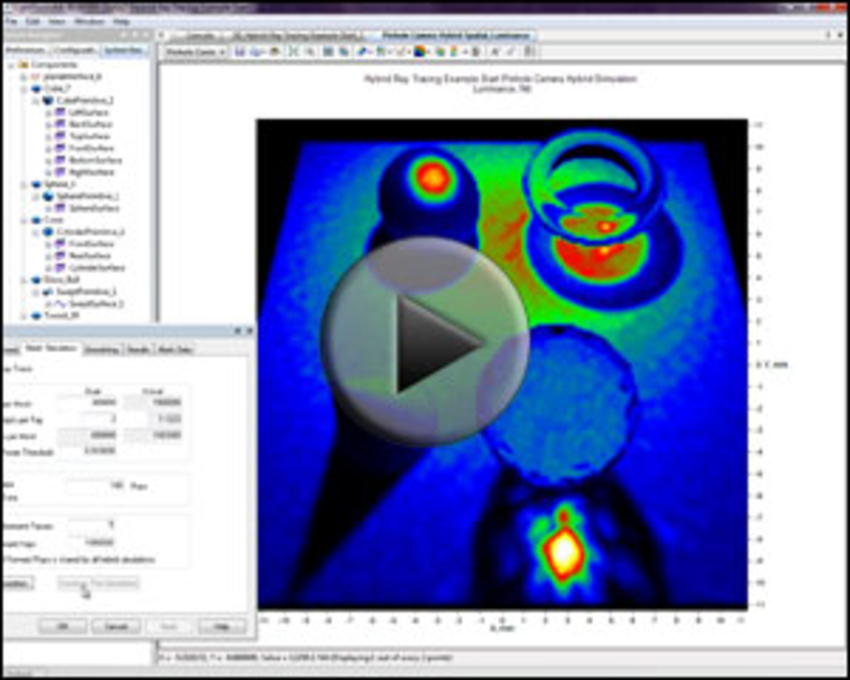 Capability for Creating and Managing Configurations

This version of LightTools provides a capability for defining configurations, which allows you to create and store variations of a design in a single model. You can define and manage configurations that include parts with different sizes, shapes, properties, or arrangements -- to evaluate performance, for example, or to create multiple designs for related uses. You can switch from one configuration to another with a mouse click to analyze and optimize any variation of the model. (Note that to perform an optimization, you must have a valid license for LightTools Optimization Module.) 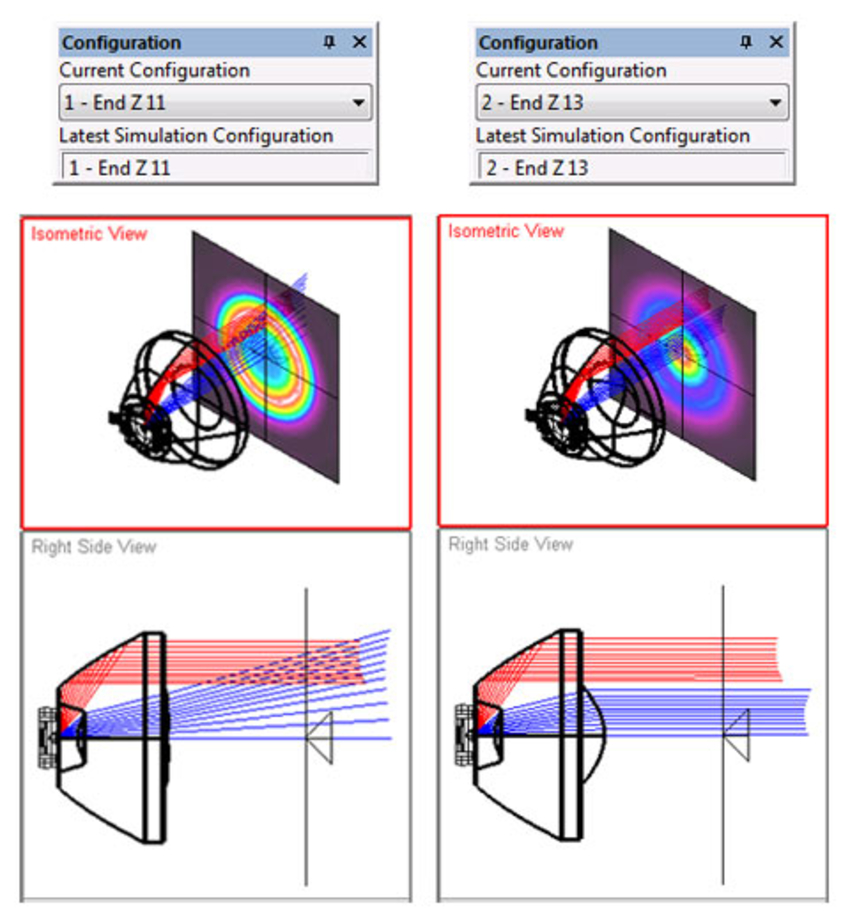 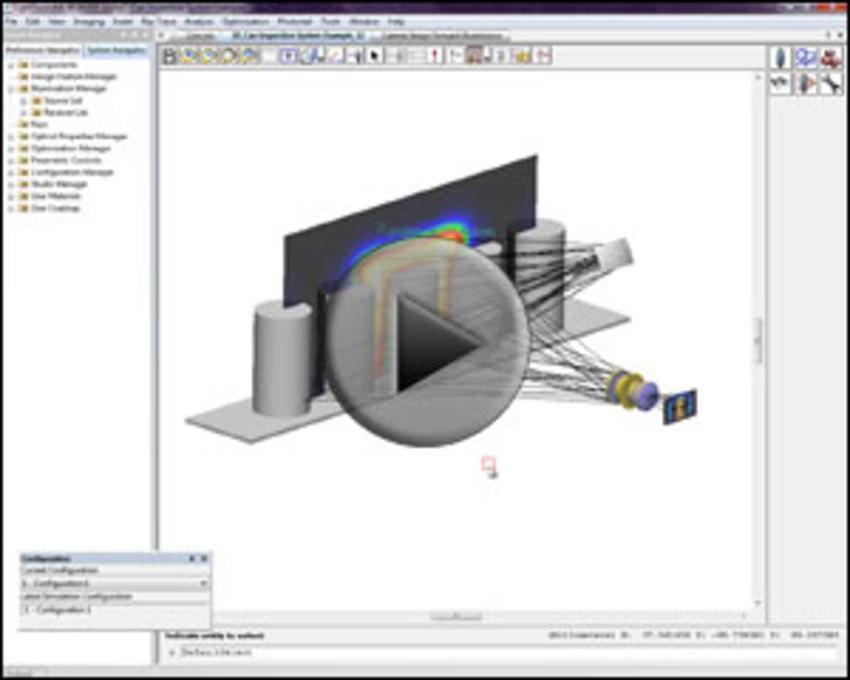 The Light Guide Designer has been added to the LightTools Utility Library under Geometry. This new utility helps you create and optimize light guide systems for spatial uniformity of flux extraction (within a specified cone angle) and for angular centroid pointing direction. It can make light guides, add prism extractors created using 3D textures, and add receivers, sources, and reflectors, as well as other items needed for designing light guide systems. 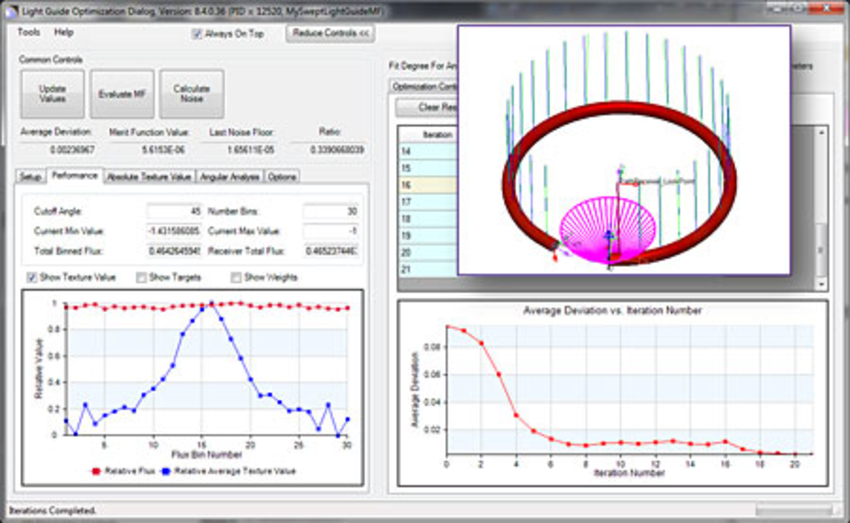 Note: To use the Light Guide Designer, you must have a valid license for the LightTools Optimization Module. 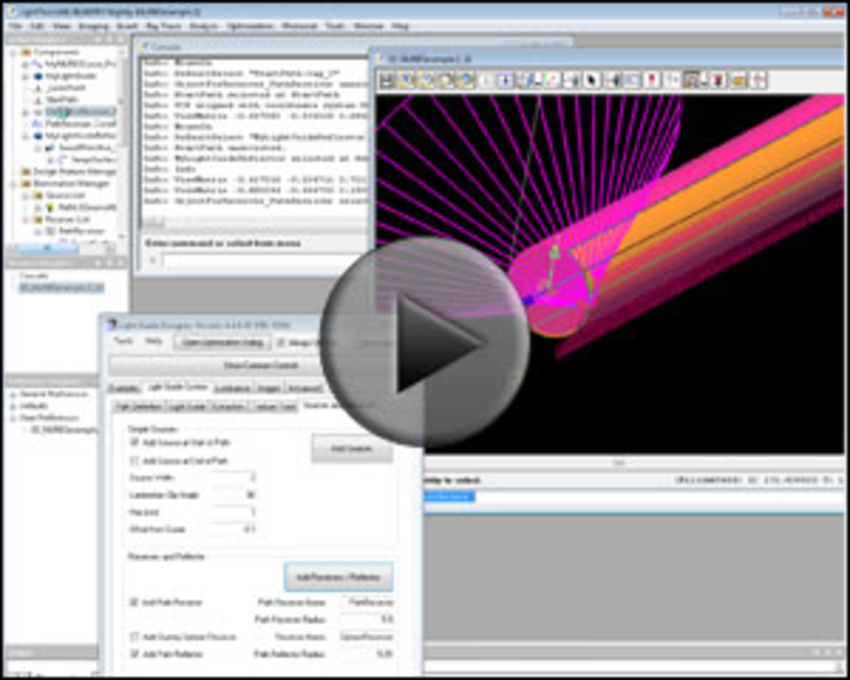 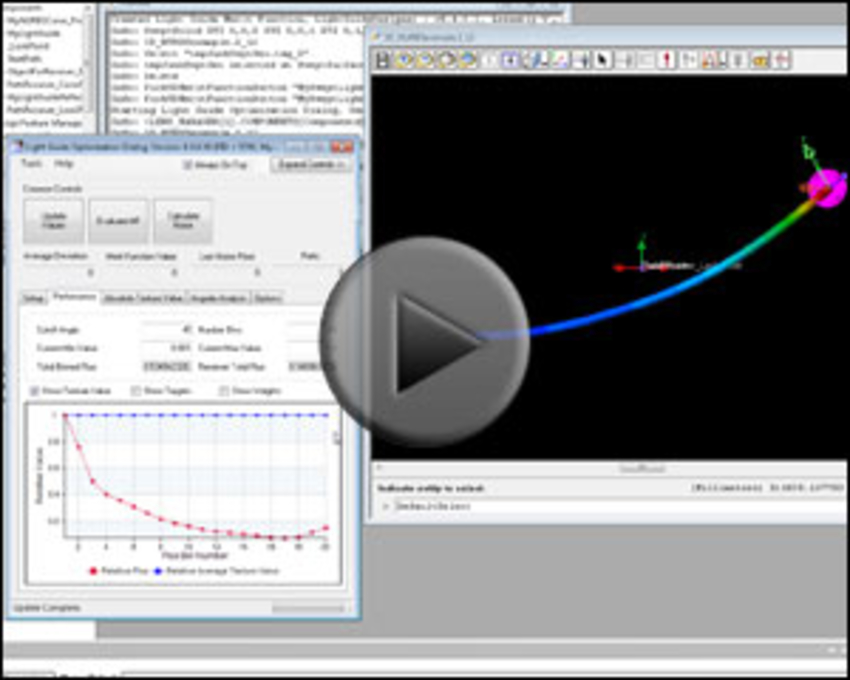 To run this version of LightTools, you must have installed Windows 7 Service Pack 1 (SP1) or later.

The Sentinel Floating License Manager used by LightTools has been updated to version 8.6.x. Please note that:

For details about installing and using the Sentinel Floating License Manager, see the LightTools Installation Guide.