The increasing use of multi-channel audio content and higher sampling rates in audio applications is adding to the complexity of many of today’s consumer-targeted SoCs. In addition, new audio specifications require more signal processing and bandwidth to deliver high quality sound reproduction across a wider range of audio formats. The use of dedicated audio subsystems enables audio processing to be off-loaded from the host processor, thus reducing design complexity and improving the performance and efficiency of the SoC.

“With the average number of IP blocks in an SoC expected to reach close to 120 by 2014, designers need solutions that help them reduce the effort needed to integrate the IP and manage the complexity of those blocks,” said Rich Wawrzyniak, senior market analyst at Semico Research Corporation. “With complete, pre-verified IP subsystems, which include the hardware as well as the software that goes around the IP, designers can solve their design issues at the chip-level rather than the individual block level. With the DesignWare SoundWave Audio Subsystem, Synopsys is pioneering new ground in the IP industry that will enable electronics developers to innovate at a much faster rate.”

Virtual and Hardware Prototypes
Developers of software-rich electronic devices, particularly those targeted at the mobile and consumer markets, must address not only the escalating amount of software content in their designs, but also the challenge of developing the software and integrating it with the hardware. To ease the software development effort, a Synopsys Virtualizer™-based virtual prototype of the SoundWave Audio Subsystem enables early integration of the audio software stack with the application software, months before silicon becomes available. The audio subsystem’s HAPS® FPGA-based prototyping solution enables immediate software development and provides a scalable platform for rapid full system integration and validation.

“As designers evolve their methodologies to cope with the growing complexity of SoC designs, IP deliverables must also evolve,” said John Koeter, vice president of marketing for IP and systems at Synopsys. “The best mix of hardware and software is needed to help designers meet the performance, cost, power and schedule requirements of their designs. The DesignWare SoundWave Audio Subsystem enables designers to significantly shorten their time from concept to implementation by providing a complete end-to-end audio subsystem that has been pre-validated and is system-ready.”

This press release contains forward-looking statements within the meaning of Section 27A of the Securities Act of 1933 and Section 21E of the Securities Exchange Act of 1934, including statements regarding the availability of the DesignWare SoundWave Audio Subsystem. These statements are based on current expectations and beliefs. Actual results could differ materially from those described by these statements due to risks and uncertainties including, but not limited to, unforeseen production or delivery delays, failure to perform as expected, product errors or defects and other risks detailed in Synopsys’ filings with the U.S. Securities and Exchange Commission, including those described in the “Risk Factors” section of Synopsys’ Annual Report on Form 10-K for the fiscal year ended October 31, 2011. 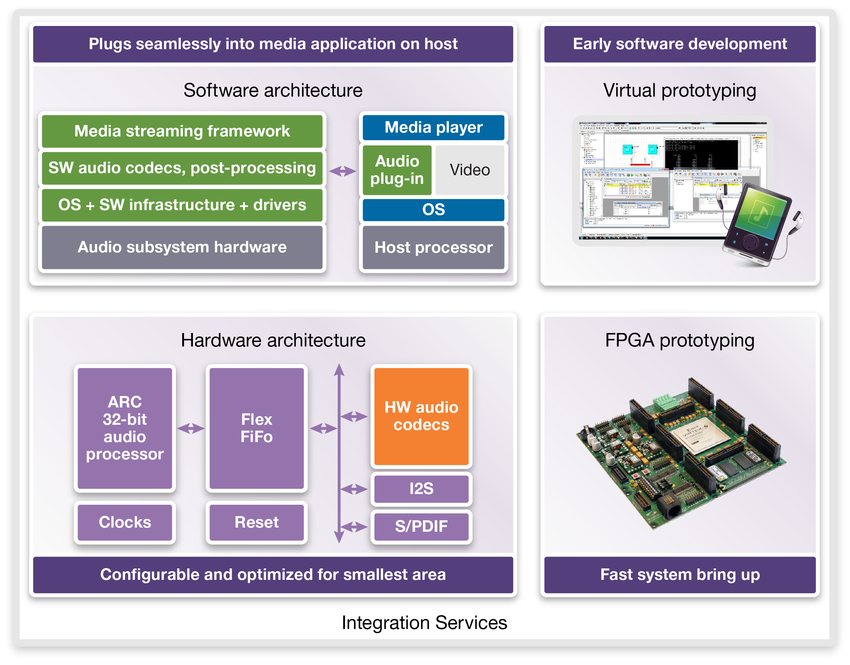