Synopsys Armenia 54 Engineers participated in "What? Where? When?" Intellectual Internal Competition

On Friday, June 27, 2014 the traditional "What? Where? When?" intellectual internal competition took place at the Synopsys Armenia main lobby. The excitement and the wonderful impression from the last year was the main reason that the number of participant teams was increased from 6 to 9.

Nine teams - “Angetik 006”, “IBIS”, “Kele Lao”, “Khustup”, “Mush”, “Nika”, “Outside the Brackets”, “Symbiosis” and “Tesla” were competing for the top prize. The competition lasted for about 2.5 hours. 45 intellectual questions were taken during 3 rounds.

Except the participants, the Main Lobby was full of interested and excited employees, not participating in the competition, but discussing each question in detail.

After the tough competition the winner teams were handed with Certificates of Achievement:

Congratulations to the winner teams and to all participants and organizers for a wonderful game! 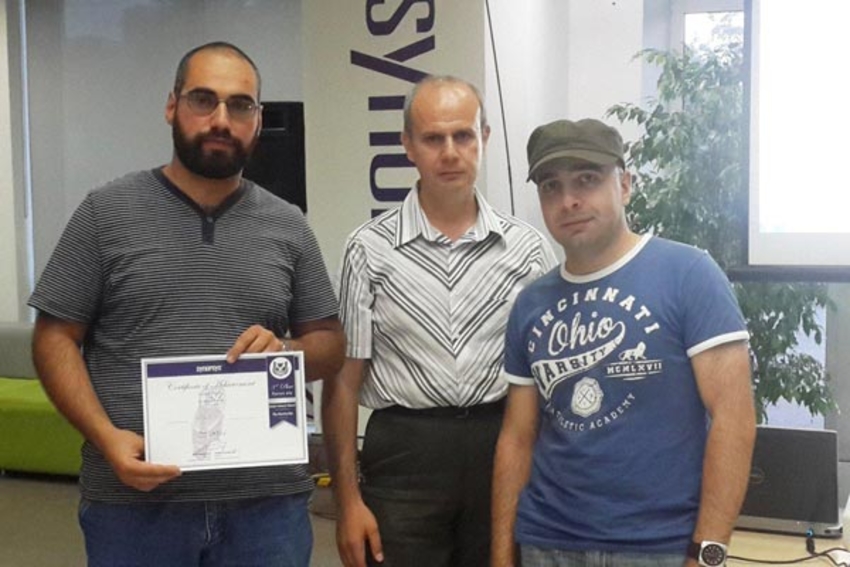