On June 6th, 2014 Synopsys Armenia once again celebrated its Employee Referral Program (ERP) success with a fun Luncheon at “Yerevan Pandok” Restaurant. The event was aimed at gathering all ERP participants that had successfully referred a friend during 2013 and other employees, who are actively engaged in recruiting best talents and minds for Synopsys and celebrate the company’s appreciation and gratitude for their input. The event brought together more than 30 Synopsys Armenia employees from various business groups and teams, invigorating them with enthusiasm to continue raising awareness of the initiative and to simply have fun, socialize and share knowledge among each other.

Maria Petrosyan manager of Synopsys Armenia’s Human Resources department hosted the event and following her welcoming speech announced the continuous success of the ERP project during the first half of 2014, thanking the employees for their unceasing and invaluable input in the future development of Synopsys Armenia and urging to further spread the ERP initiative among their friends and colleagues. Throughout the event guests were presented with lots of fun and delightful surprises among these was an exciting lottery for the 15 ERP participants raffling off an iPAD Air, Dinner Invitation at the French restaurant “Charles”, and two laptop bags with Synopsys Logo. The event concluded with all guests receiving a surprise gift, a special branded item– a thermal coffee mug or a tablet bag with Synopsys logo.

Following the event HR received various heartening feedback from the participants. Some of them included: “Such events give employees more insight into company life and culture and help make a stronger bond with Synopsys; they also make the word of mouth spread faster and encourage more employees to be involved in the ERP.”
“It would also be great to record a short video story featuring Synopsys Armenia Engineers titled “At Synopsys, your ideas can impact the world!”, who can advertise all the wonderful benefits of working at Synopsys like the Employee Referral Program.

The mission of the worldwide Employee Referral Program (ERP) is to empower Synopsys employees to make a difference by joining the effort to recruit the industry's best talent. We model Synopsys core values of Integrity, Customer Success Through Execution Excellence, and Leadership. The talent pool usually acquired through employee referral has higher performance and engagement rates thus having a positive influence on the overall company culture. We hope that the ERP program continues its successful contribution to our recruiting efforts and hope to see you at our next Luncheon. 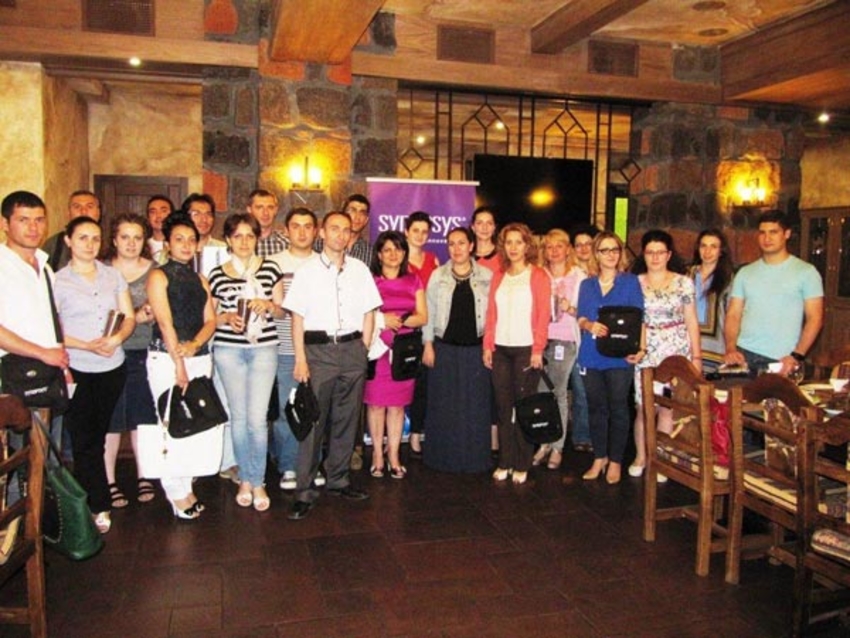