On December 11, 2013 Synopsys Armenia HR Team held this year’s Computer Donation Program in the main lobby of Synopsys Armenia building. 360 employees were eligible based on predefined criteria to participate in the lottery. As a result 85 randomly selected employees won laptops.

Computer Donation program in Synopsys aims to encourage higher rates of employee performance and engagement as well as promote retention. Formerly only top performers had a possibility to participate in this program. However, this year the program was refined, some changes were made to the criteria, in order to accommodate participation of larger population of solid & good performers of Synopsys Armenia.

Synopsys believes that this program not only motivates employees and increases their engagement and fosters higher performance rates but is also a great opportunity for the company to show it’s appreciation of the great work Synopsys Armenia Employees do. 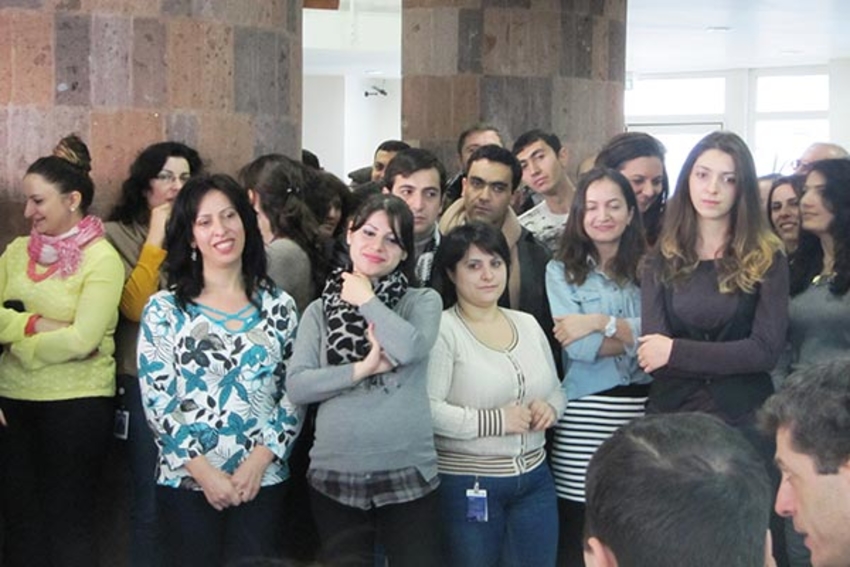