83 Synopsoids in 14 Teams Compete at "What? Where? When?" Annual Game

"What? Where? When?" intellectual game has become a tradition for the Armenian Synopsoids, who are eager to demonstrate their knowledge and wit as well as enjoy the excitement of competition. The event is one of Synopsys Armenia internal communnnications' initiatives and is becoming more and more popular among Synopsys' employees and students.

The annual game was held at Synopsys Armenia on April 29, 2015 with 14 teams and 83 engineers competing. The game was organized with the tremendous support of Levon Grigoryan, a dedicated Synopsoid and a distinguished member of one of Armenian 'What? Where? When?' teams. As usual, dozens of Synopsoids came to enjoy the intellectual show and cheer for their colleagues.

With the results of three rounds 'Khustup' team took the winner's title, earning their fourth consecutive victory. 'Nika' was the runner-up taking the second place with a difference of one critical point. Third place winners were 'Nemesis', 'Logic Team' and 'Angetik 006' teams. The winning team was awarded with the well-known symbol of the game the owl statue, and 2nd and 3rd place holders were awarded with the certificates of achievement. 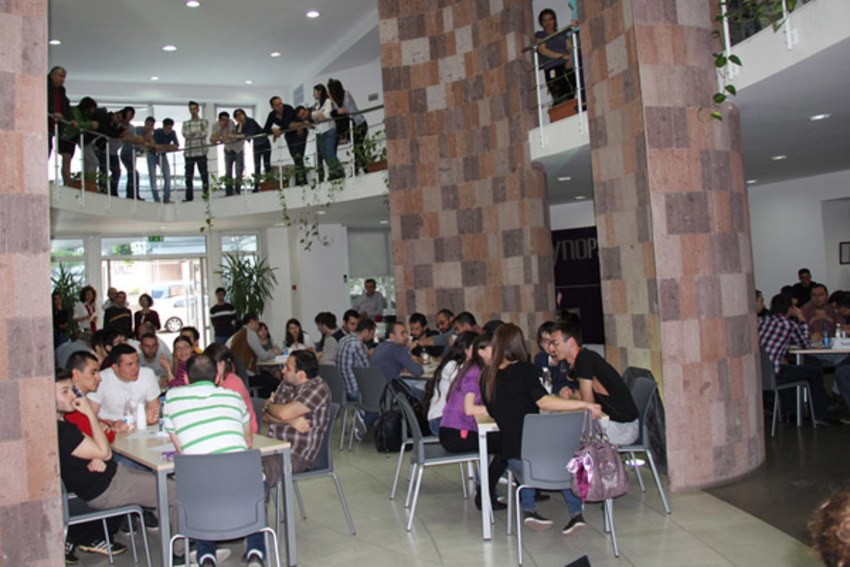