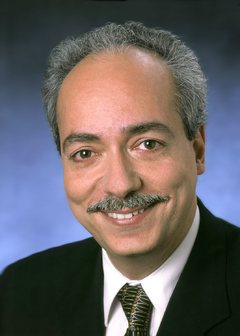 Dr. Zorian is a Chief Architect and Fellow at Synopsys, as well as President of Synopsys Armenia. In this role He is currently the President of IEEE Test Technology Technical Council (TTTC), the Founder and Chair of the IEEE 1500 Standardization Working Group, the Editor-in-Chief Emeritus of the IEEE Design and Test of Computers, and an Adjunct Professor at the University of British Columbia. Dr. Zorian has also served on the Board of Governors of Computer Society and CEDA; he was the Vice President of IEEE Computer Society; and he was the General Chair of the 50th Design Automation Conference (DAC), 50th International Test Conference and several other symposia and workshops. Prior to Synopsys, he was Vice President and Chief Scientist of Virage Logic, Chief Technologist at LogicVision, and a Distinguished Member of Technical Staff AT&T Bell Laboratories. Dr. Zorian holds 40 US patents, has authored 4 books, has published more than 350 reference papers, and has received numerous Best Paper awards. A Fellow of the IEEE since 1999, Dr. Zorian was the 2005 recipient of the prestigious Industrial Pioneer Award for his contribution to BIST, and the 2006 recipient of the IEEE Hans Karlsson Award for diplomacy. He also received the IEEE Distinguished Services Award for leading the TTTC, the IEEE Meritorious Award for outstanding contributions to EDA, and in 2014, the Republic of Armenia's National Medal of Science. He holds an M.S. in Computer Engineering from the University of Southern California, a Ph.D. in Electrical Engineering from McGill University, and an M.B.A. from Wharton School of Business, University of Pennsylvania. 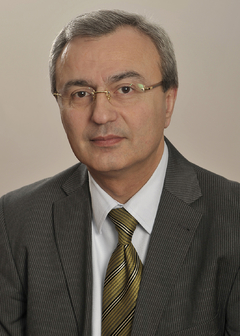 Hovik Musayelyan is the Director of the Armenia site. In his role, Hovik oversees administrative operations across the site. Hovik joined Synopsys on day one of the company’s establishment in Armenia in 2004. During his tenure, Hovik has contributed significantly to initiatives organized and/or sponsored by Synopsys such as the Annual International Microelectronics Olympiad of Armenia, the State Educational Award of RA in IT Sphere (for which he serves as the President of the State Committee), and the State Award of Republic of Armenia for Global Contribution in IT Sphere (for which he serves as the Chair of the Executive Board). Prior to Synopsys, Hovik served as the Director of Leda Systems, a US-based company that later became the first acquisition of Synopsys Armenia. Before Leda Systems, Hovik held various management positions in private sector, municipality, and government. Hovik holds an M.S. in Civil Engineering from State Engineering University of Armenia and a Ph.D. in Technical Sciences from the Moscow Scientific-Research Institute of Industrial Materials.

Information for shareholders, analysts, and investors

Job opportunities and internships around the world

Our commitment to philanthropy, education, and the environment