It’s critical to have the right people and approach when it comes to understanding and resolving licensing issues in open source audits.

Many of our regular Black Duck Audit customers have well-honed processes that kick in after we deliver reports. We’ve gleaned some ideas and approaches from working with these clients and the biggest pro tip? You need a pro, i.e., make sure you have an open source-savvy attorney involved. The Black Duck team and its reports will provide guidance, but as non-lawyers, we can’t give legal advice, and in the end, each client and scenario is unique, so it’s best to involve your own legal counsel. Take advantage of a review call and include your attorney so they can ask questions of the audit team.

Our report findings provide a wealth of information in three categories: Potential conflicts, research needed, and OK to use.

“Conflict” refers to incompatible licenses, and declared conflicts can have a broad or narrow scope, meaning they can only apply to certain files and not the whole work. Typically, these are conflicts between the license of an open source component and the declared license of the work as a whole. The most common we see is a GPL-licensed component in distributed commercial code, but conflicts may depend on the usage scenario. A GPL license in code that’s not distributed does not constitute a conflict. Component conflicts indicate incompatibility between two open source licenses and are generally considered less serious.

Note that we count “not licensed” components as declared conflicts with a broad scope. These components were copied from the internet, but the copyright holder didn’t specify a license or provide any other indication of usage permissions. Most lawyers consider this problematic.

Your attorney should review all the conflicts, but you may want to ask some questions about targets, or the company being acquired, first. Targets frequently cover internal tools that aren’t part of the product. One of the most common ways a “conflict” is resolved is for a target to respond, “Oh, that’s just a debugging tool we use.” Never mind!

After winnowing it down to a solid list, your attorney can use our red/yellow/green indications to prioritize their review and help determine what needs to be fixed and when—and what protections you need in the definitive agreement.

Components that our auditors have deemed worthy of legal review fall into the “research needed” category. Commercial components have non-open source third-party code that requires a license from the vendor. Dual-licensed components are available under an open source license, often the AGPL, which makes it difficult to use them in a commercial product—in this use case, the vendor will offer a commercial license.

Also included under “research needed,” custom licenses and variants are components with license language either made up from scratch by the developer or standard license language modified by a developer. Senior consultants use judgment with these. If there was a comment that was clearly permissive—”you can do anything you want with this software”—they didn’t include it as a custom variant. Instead, they included language they felt a lawyer should review. For your attorney’s convenience, text of these licenses (as well as all the standard licenses that apply to the code) is found in the license text report.

As the name implies, “ok to use” components generally do not require a lot of prior close attention. This category comprises components under permissive licenses and “original code,” meaning software developed by the target’s developers. It is worth noting, however, that even permissive licenses include obligations, such as attribution in the final product. See if the target includes a notices file with their product and how comprehensive it is in comparison to the list of “no conflict” components. Typically, acquirers need to build in some time to create a notices file as part of integration.

Soon after you receive your audit reports, you should sift through the results with the target. An open source-savvy lawyer is likely familiar with Black Duck reports and can help navigate all the issues and provide the legal knowhow where needed.

Visit our website to learn more about Black Duck Audit Services, or download a copy of our Software Due Diligence Checklist.

This post is filed under Managing security risks.
Phil Odence
Posted by 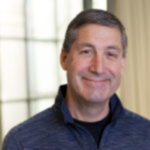 Phil is General Manager, Black Duck On-Demand. He works closely with Black Duck’s law firm partners and the open source community. A frequent speaker at industry events, Phil chairs the Linux Foundation's Software Package Data Exchange (SPDX) working group. With over 20 years’ software industry experience, Phil came to Black Duck from Empirix where he served as Vice President of Business Development and in other senior management positions, and was a pioneer in VoIP testing and monitoring. Prior to Empirix, Phil was a partner and ran consulting at High Performance Systems, a startup computer simulation modeling firm. He began his career with Teradyne's electronic design and test automation (EDA) software group in product, sales and marketing management roles. Phil has an AB in Engineering Science and an MS in System Simulation from the Thayer School of Engineering at Dartmouth College.

What is the maturity level of your AppSec program?

BYOD in the workforce: MDM and MAM with Microsoft Intune

Navigating the road ahead for automotive cybersecurity