« Previous: Building standout projects with…
Next: TRITON attack: A failure this… »

On 7 March 2018, an appeal hearing in a GPLv2 enforcement case took place before the Higher Regional Court of Cologne (docket no. 6 U 162/17). In October 2017, the plaintiff Patrick McHardy had been successful in obtaining a very broad preliminary injunction covering the entire Linux kernel against Geniatech, the producer of the EyeTV product line. Geniatech appealed the decision. After the appeals court presented its preliminary assessment of the merits of the case, the plaintiff withdrew its application for injunctive relief, which ended the proceeding without an official decision. However, the appeals court’s preliminary assessment gave important insights on the legal status of Linux developers under German law.

The appeals court was sceptical regarding whether the plaintiff was a joint author of the Linux kernel (as a whole). It assumed a hierarchical relationship between Linus Torvalds, its initial creator, and other developers that joined the project at a later stage. In this context, the appeals court found that the different authors would not jointly decide to carry out a joint project, which is a requirement for joint authorship under German law.

Thirdly, the appeals court considered whether the derivative works created by the plaintiff could be protected under copyright. It concluded that the submissions regarding plaintiff’s contributions were insufficient to assess whether or not they qualify for copyright protection.

Specifically, the appeals court disagreed with the court of first instance’s ruling that the plaintiff’s role in the netfilter core team constitutes sufficient grounds to assume that his contributions were protected under copyright. To the contrary, the appeals court reasoned that the core team likely was responsible for a number of organizational and review tasks and therefore their role more closely resembles an editor/compiler than an author.

The appeals court also addressed the allegation that the proceeding would primarily serve monetary interests of the plaintiff because it is part of a pattern to exercise pressure on companies in order to extort money through contractual penalties. The appeals court determined that there were certain indications for a systematic approach on the part of the plaintiff but did not elaborate further on this issue.

The presiding judge concluded that Geniatech’s appeal was likely to be successful.

This post is filed under Security news and research.
Bernd Siebers
Posted by 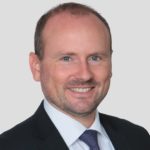 Bernd Siebers has longstanding experience in advising national and international businesses in technology related matters, both contentious and non-contentious. His practice focuses on technology related disputes with a focus on software and failed IT projects. Bernd has particular experience in advising on Open Source Software compliance and in dealing with Open Source Software related disputes, both in court and out of court. Another focus of Bernd’s practice is IT compliance advice, covering a wide array of issues from of e-commerce regulation and data protection to digital signatures.