« Previous: GPLv2 and the right to cure
Next: Black Friday and Cyber Monday… »

Today I Learned: Using SCSS in your Vue Components

If you haven’t yet looked into Vue.js, it might be time to. The front-end framework is a powerful, progressive alternative to its main rivals, Facebook’s React and Google-backed Angular, and has been continuously gaining traction among the open source community.

One of the hallmarks of Vue is its use of single file components. It’s a pattern popular among the Vue community for a variety of reasons – among them the increased maintainability and reusability of components in medium to large projects. In Vue’s single file system, a component is defined by three tags: one for HTML, one for JavaScript, and one for styling. A very simple component may look like this: 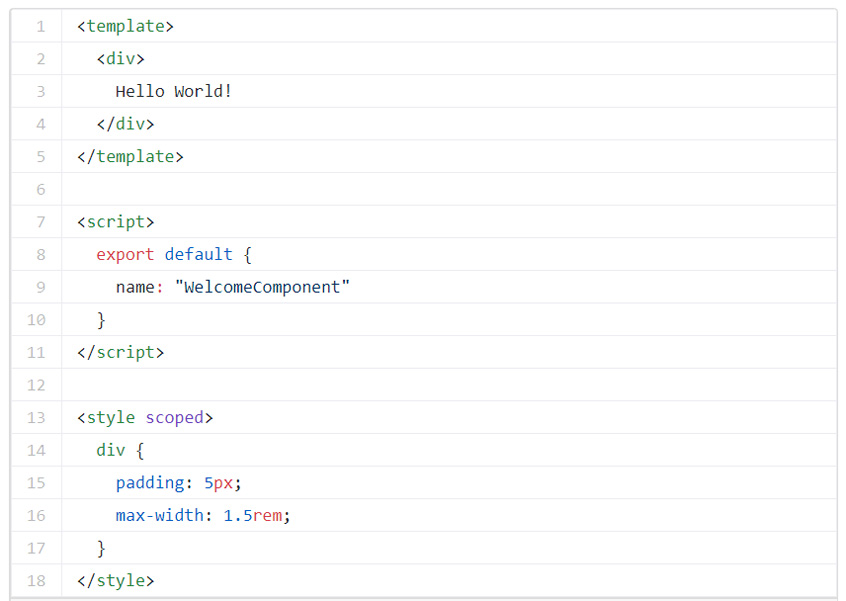 In this way, the CSS for a given component lives alongside the rest of its code, and with the scoped attribute, will scope all style to only this component – preventing it from bleeding outwards and affecting global styling in unpredictable ways.

One might notice, however, that throughout much of Vue’s documentation and in countless tutorials, guides, and articles on all things Vue, the language used to this styling plain, vanilla CSS.  In a world where SCSS exists, with it’s support for variables, mixins, and nested styles, can we do better? Yes we can.

Styling your Vue components with SCSS is incredibly simple – provided you have the right configuration.

Above is an example webpack.config that makes use of vue-loader. You’ll want to install both the sass-loader and node-sass packages first, however.

Once you’re configured, simply add a lang attribute to the style tags in your components:

And you’re set! Enjoy all the features of SCSS in your Vue components.