« Previous: Vulnerability management and…
Next: PaddlePaddle dives into the… »

We compare common defect patterns, such as “continue while false” and unreachable code, in Swift and other languages and explain how to prevent them.

Because Coverity static analysis now supports the Swift programming language, we are examining design decisions in the language from the perspective of defect patterns detectable with static analysis. To kick things off, I recommend reading Part 1 in this series if you have not already.

Now we consider additional defect patterns that I would classify as “basic” because they are clearly avoidable with good language design and relatively easy to detect with static analysis. However, these are generally more common in code written by experienced programmers than the patterns we saw in Part 1.

Expressions in C-derived languages are generally typed from the inside out, which can lead to unexpected bugs, trivialized in these examples:

This affects the most popular statically typed C derivatives: C++, Java, C#, Objective C/C++. But Swift’s interesting typing rules seem to exclude dangerous implicit conversions like this. I don’t fully understand these Swift rules yet, nor do I know how difficult it is to work with them day-to-day, but I’m impressed so far.

Swift goes a step further by checking for arithmetic overflow by default. This helps to ensure overflows are detectable in testing and unlikely to lead to security issues in production.

Swift also gets bonus points here for bounds-checking shift amounts rather than applying obscure (or undefined) semantics when shifting by full number of bits (or more). This handling of shifts doesn’t make more programs correct, but importantly it makes bugs much more detectable in testing.

I’m not so much talking about this:

where someone really doesn’t know how to pass by reference, but more like this (C#):

where the code is fine if SomeType is a reference type (class) but useless if SomeType is a value type (struct). C++ largely avoids this confusion by making pointers and references explicit, while Java, JavaScript, and others avoid it by ensuring all record types are always accessed by reference.

Like C#, Swift has value-typed structs in addition to implicit reference types for classes, but Swift makes constant bindings for parameters, meaning the compiler rejects the code if they are modified. It is even necessary to mark struct functions as mutating if they might modify the receiver object, so you can’t easily make this mistake interprocedurally.

I really applaud this design choice of Swift (immutable parameter bindings). Although bugs like this are rare, modifying parameter variables is almost universally confusing.

Susceptible: What was I going to do with that expression?

Java and C# wisely allow only a select few expressions to be used as statements, because most expressions are useful only for their result. Consider this real JavaScript code:

I believe they meant for this unit test to make an assertion, but it doesn’t. Or (more real JavaScript):

I think they meant to return that string.

Java and C#, thankfully, exclude these kinds of errors by seriously restricting the set of valid expressions that can be used as statements. Swift, unfortunately, joins JavaScript, PHP, Python, and Ruby (and in many cases C/C++/Objective-C/C++) in allowing these kinds of errors. Yes, there’s a compiler warning in Swift and many other languages, but it’s amazing how often these are ignored in the real world.

Swift compounds the problem by allowing semicolons to be elided at the end of a line, like JavaScript. This can lead to surprisingly bone-headed errors, as in this simplified example from real JavaScript code, which is also accepted as Swift:

Note the missing + after trs. Why do they allow this? Allowing semicolons to be elided should be mostly OK in a C-like language–but only if expressions legal as statements are minimized and unreachable code (see below) is disallowed.

But before praising Java and C# too much, note that they are susceptible to at least one significant class of the “throwing away expression result” bug, as in this great bug in some open source code:

Creating a new object and throwing it away is not typically a bug in a garbage-collected language, but here they clearly forgot to write “throw.” We can catch these in C# or Java with high sensitivity and accuracy because of the strict type hierarchy on throwable objects, unlike C++, for example. I hope that the Error protocol in Swift enables a similar check.

Finally, on this subject, I have to completely admonish Ruby. As someone who has reviewed tons of defect reports on open source code in many languages, I must judge Ruby a “complete disaster” when it comes to these kinds of bugs. Not only is it easy to miss an assertion, but Ruby’s automatic returning of the “last value” computed in a function makes it super easy to mix up what gets returned, such as by adding code after a nested end at the end of the function.

Avoided: Not the operator you think it is

This case is basically one of the few opportunities to pick on Python for more than being a dynamic language. What does the following print in Python?

If you guessed something involving 43, you were wrong. Python doesn’t have a ++ operator, but this code is legal. That’s because Python does have a unary + operator, and they didn’t bother to ensure not to parse that as part of a ++! Ruby has the same flaw.

Newer versions of Swift do not have a built-in ++ either, but at least they still parse and reject that well-known idiom:

Now for some admonishment of C/C++, C#, JavaScript, PHP, Python, Ruby, and Swift. Only Java is spared (mostly) because the Java language disallows any statements that are unreachable (according to the most basic control flow rules that assume expressions may take any value; use if (false) all you want). The rest of these languages have a compiler warning at best. This stuff matters, as in this Python code:

Doesn’t the else get run if no exception is caught? Only if control reaches the end of the try block, which never happens in this code.

And I can’t stop pointing out the terrible interaction we see with JavaScript semicolon insertion:

Spot the error? return is parsed as a complete statement with an unreachable expression-statement after it. Really. Luckily, Swift’s static typing should exclude this and most related cases.

Brief aside: It is possible to have legally unreachable code in Java, but that code has to be an expression, not a full statement:

Why would languages like C# and Swift allow unreachable statements, as in the beloved goto fail bug? I don’t know, but I have heard that people sometimes utilize unreachable code during debugging. I don’t believe that it’s that useful, especially in a language like Swift, where comments nest nicely. If you want to get rid of some code temporarily, comment it out or put it in an if(false) or something. That doesn’t seem too much to ask for some real protection against serious bugs. On the other hand, people being let down by their programming language is a real part of the money generator for Coverity static analysis.

On a somewhat related note, the Never type in Swift enables marking functions as never returning, so you don’t have to write extraneous return statements and such just to appease the compiler. C/C++ programmers know this kind of feature as noreturn. Wouldn’t it be great though if Swift rejected unreachable code after a call to a Never function? In my testing, this only rises to the level of a compiler “note,” not even a warning.

The continue construct can be confusing in C-derived languages, because the termination condition is still checked before proceeding to the next loop iteration. Our classic example of misuse stemming from this confusion looks like this (in Swift here; applies to do-while loops in many languages):

If you really do intend to break out of a while(false) loop, you should use break instead of continue.

This post is filed under Building secure software.
Peter Dillinger
Posted by 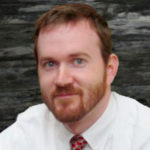