We’re thrilled when the development community recognizes us for our accomplishments. Here are a few software security awards we received this year.

Synopsys Software Integrity Group has been named a leader in software security by industry analysts such as Gartner and Forrester. But while we’re happy that the professional critics can confirm the value of our solutions, we’re even more thrilled when the development community recognizes us for our accomplishments. After all, as the SD Times says, “Leadership and innovation can’t be measured by stock valuations or analyst reports.” Here are a few software security awards we received this year that we’re particularly proud of.

Online magazine SD Times (Software Development Times) has recognized “the top innovators and leaders in multiple software development industry areas” every year since 2003. Nominations for organizations (commercial and noncommercial), open source projects, and other initiatives come from editors at D2 Emerge (SD Times’ parent company) and SD Times readers. Then the editorial staff at SD Times evaluates nominees for innovation and leadership, as shown by these criteria and others: offerings, reputation, industry buzz, and ability to set a direction for developers and an agenda for the industry.

On Aug. 1, SD Times announced the 100 companies receiving 2018 SD Times 100 “Best in Show” awards in 10 categories, including Development Tools, DevOps, and Testing. Synopsys won in the category Security & Performance. And we’re very pleased to have repeated our performance from the last six years (2012–2017), when both Black Duck and Synopsys received software security awards every year before joining forces last December.

Dev-Insider is a news and information portal focusing on software and application development. Along with six other “Insider” portals, Dev-Insider holds an annual readers’ choice contest. At each portal, the editorial staff selects up to 10 companies and products in six categories. Then readers have several months to vote for their favorites.

The fourth readers’ choice contest opened for voting April 16 and closed Aug. 31. During that time, nearly 36,000 readers cast their votes to recognize companies for their ingenuity and innovation in 42 categories. At the awards ceremony on Oct. 11, Synopsys received two 2018 Dev-Insider Readers’ Choice Awards in the category of Code Analysis & Testing: a Platinum Award for Black Duck software composition analysis and a Gold Award for Coverity static application security testing. 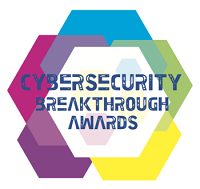 The mission of awards platform Tech Breakthrough Awards is “to honor excellence and recognize the creativity, hard work and success of technology companies, platforms, people and products.” To carry out this mission, the organization holds annual award programs in seven categories: Internet of Things, MedTech, CyberSecurity, FinTech, Mobile, MarTech (marketing), and AI. In each award program, a judging panel of independent experts and professionals (including journalists, analysts, and executives) evaluate self-submitted nominees and select winners (both solutions and solution providers) in a range of categories.