« Previous: Encryption technology in your…
Next: How accurate is CVSS scoring? »

Software developers and information security professionals have almost always been two mutually exclusive groups. However, with the increase in security awareness, developers have started integrating security into the development process. To further bridge the gap between development and security, it is essential for developers to have a good understanding of security principles. In this post, we’ll talk about the basic security concepts that every developer should be aware of while building applications.

An application obtains data from various trusted and untrusted sources during its workflow. It is important to perform input validation of data obtained from all sources to ensure that only properly formed data gains entry into the application workflow. If not properly validated, malformed input can lead to attacks such as SQL injection and cross-site scripting (XSS). Always conduct input validation on the server—even if client-side validation is also present.

The two primary approaches for performing input validation are blacklisting and whitelisting. Blacklisting involves detecting dangerous characters and patterns in the input (e.g., an apostrophe character or the <script> tag) and filtering them out. Since blacklisting does not account for all attack vectors, it is relatively easy to bypass these checks and controls. Also, the exclude list needs to be updated every time a new attack vector is discovered. This isn’t very manageable. As such, they should not be used for validating data.

Applications need to access the database at some point in the application workflow to retrieve or store information. Developers should ensure that they are accessing the database in a secure way to prevent SQL injection attacks. The best way is to use parameterized queries since they, unlike dynamic SQL queries, can help the database distinguish between application code and data.

Another way to defend from SQL injection attacks is to make use of stored procedures, which are essentially SQL statements defined and stored in the database. However, developers should take care not to include unsafe dynamic SQL queries inside the stored procedure.

Lastly, the principle of least privilege should be adopted and only the minimum required permissions should be assigned to the database. For example, if a user account needs to read data from some tables in the database, it should be given read-only access only to required tables and should be prevented from accessing anything else.

A basic knowledge of cryptography is essential for all developers. Before implementing crypto in applications, it’s critical to understand how to do so securely. Some common cryptography related best practices include:

Defense in depth is a security principle that suggests adding multiple layers of security to increase the overall security of an application. In case an attacker manages to compromise one security layer, they would need to get through other layers of security before achieving their attack goal. An example of defense in depth for a web application is implementing client-side input validation, layered server-side input validation, and output encoding to protect the application from XSS.

While this is by no means an exhaustive list, these basic security fundamentals are a good starting point to help software developers begin building securing into their applications.

Reel in the knowledge and skills you need to ensure security and quality.

This post is filed under Building secure software.
Apoorva Patankar
Posted by 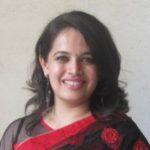 Apoorva Patankar is a security consultant at Synopsys. She specializes in automated and manual penetration testing of web, mobile, and thick client applications.