« Previous: Open source issues in an M&A…
Next: Is IoT a tool for Big Brother… »

The what, why, and who of runtime application self-protection (RASP)

What is runtime application self-protection?

According to Gartner, runtime application self-protection is “a security technology that is built on or linked into an application runtime environment, and is capable of controlling application execution, and detecting and preventing real-time attacks.”

RASP security products integrate with an application to prevent attacks at runtime by monitoring and analyzing traffic and user behavior. When they detect an attack, RASP products issue alerts, block application execution for individual requests, and sometimes virtually patch the application to prevent further attack. They typically integrate with an application at either the language runtime or application server layer, which gives them function-level code visibility into the application. This visibility allows them to identify attacks more accurately, reducing false positives and reporting or blocking only those actions that constitute legitimate threats.

Organizations are turning to runtime application self-protection because zero-day defects are on the rise. Researchers at Forrester discovered 3,623 new open source component vulnerabilities in 2016 alone, representing a 10% increase over 2015. RASP tools can thwart attacks that target these newly discovered vulnerabilities.

Who can benefit from RASP solutions?

Developers. RASP tools typically give more information than WAFs about where a vulnerability resides in a codebase. Developers need this kind of actionable data to remediate existing vulnerabilities, as well as to learn how to avoid creating such vulnerabilities in the future.

What should I look for in a RASP solution?

To invest in a versatile and well-designed runtime application self-protection solution, select a product with the following attributes:

Visibility into the application beyond what a WAF provides. Because of the way a WAF is positioned on a network, it analyzes only web traffic passed to and from a web server. Thus, it doesn’t have any knowledge of the context of the applications it’s deployed to protect. WAFs operate on data in transit, so they must decode that data before they can properly analyze it for malicious content.

By contrast, RASP tools have an architecture that provides code-level visibility, so they can accurately identify attacks, reducing false positives in the process. They can also analyze all incoming data (after it has been properly decoded or decrypted by the application), resulting in fewer false negatives.

Both passive and active incident response features (e.g., monitoring/alerting and blocking modes). Users should be able to configure a fully featured RASP product to log, alert, and block what it identifies as attacks.

Autonomous operation. Many users have mixed feelings about RASP products that rely on cloud connectivity for data storage and analysis. RASP products using a cloud solution have some unique features and benefits. A cloud server (on- or off-premises) that collects data from multiple deployed RASP agents can analyze data over time to (1) detect potential automated attacks like password guessing and user enumeration attacks and (2) identify typical user behavior, eventually gaining the ability to detect anomalous behavior.

On the other hand, the use of an off-premises cloud introduces some concerns:

Given these concerns, we prefer a RASP product with an on-premises remote server or no remote connectivity whatsoever, even at the expense of losing certain capabilities (e.g., temporal and behavioral analysis and detection).

Coverage for a sufficiently broad set of vulnerabilities. This includes coverage for common web application vulnerabilities, such as cross-site scripting and SQL injection, and for general request validation and behavioral analysis (e.g., detection of automated password guessing attacks).

The right RASP solution is ideal for organizations needing to solve key persistent issues facing AppSec and DevSecOps teams charged with monitoring applications and protecting them from vulnerabilities, whether applications are homegrown or purchased and integrated.

RASP can provide an additional layer of protection for applications once they have been deployed. 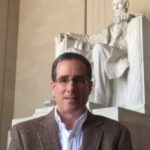